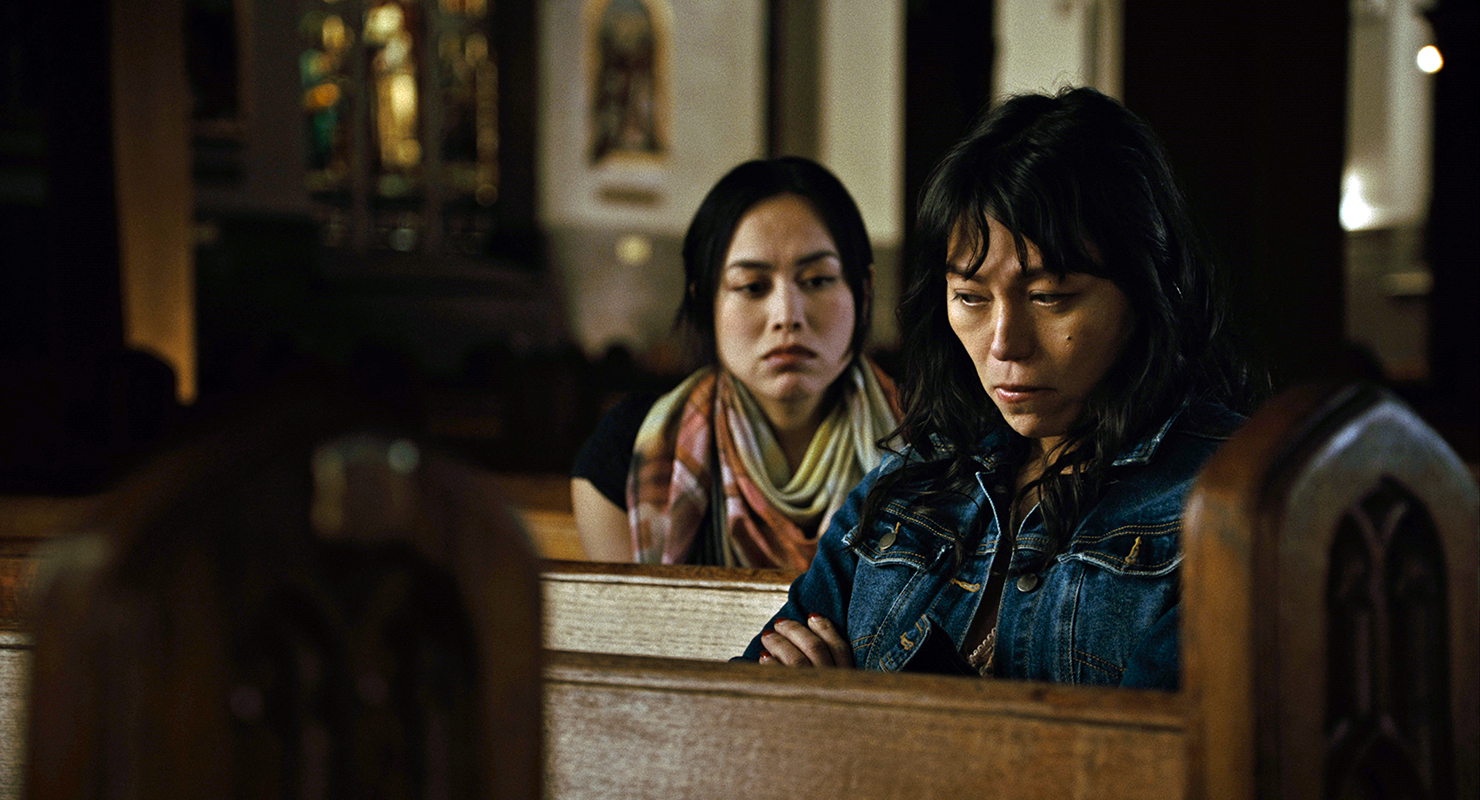 Isabel Sandoval knew what she wanted to accomplish with Lingua Franca, her third feature film as writer-director, and the first that the trans Filipina filmmaker has shot in her homebase of New York City. “I wanted to distinguish myself with my own sensibility and aesthetic,” she says, describing her style as austere and sparse, but with “a certain lyricism and sensuality and delicacy.”

A stark sensuality permeates the Brooklyn-set drama, which stars Sandoval as Olivia, an undocumented Filipina trans woman who works as live-in caregiver to elderly Russian immigrant Olga (Lynn Cohen), and pursues a romance with Olga’s troubled adult grandson, Alex (Eamon Farren). Premiering in the Venice Days competition at the Venice Film Festival — the first feature by a trans woman director to do so — Lingua Franca has been hailed for its multifaceted portrayal of Olivia’s lived experience, including her sexuality.

“I wanted to show not just the female gaze, but the trans female gaze,” says Sandoval, “to show this trans woman and sexual desire and her not just being the object of it, but the active agent.” In depicting a pivotal love scene between Olivia and Alex, Sandoval “made it a point not just to show images of naked bodies gyrating against each other. And I know that, for instance, there’s quite a fascination and fixation over the naked body of a transgender person. I pointedly veered away from that. I focus the camera mostly on Olivia’s face. I think there’s something powerful about seeing this woman experiencing sexual pleasure and giving herself permission to experience that, and having the audience see it.”

The film allows the audience insight into Olivia’s fantasies, and her emotionally fraught relationship with Alex — and into the character’s deepest fears and anxieties as well. Those candid onscreen moments are the ones that give Olivia “complexity and depth,” according to Sandoval. “I think there’s something radical and subversive about not just seeing a woman, but a trans woman thinking and being sentient. It’s such a strong assertion of identity and personhood, and kind of the antidote to objectification in that simple gesture. I’ve always been fascinated about that, at least. The image of people thinking, especially people who are usually written off as side characters or minorities, being and thinking. It’s such a kind of ‘I am me and I exist’ moment, because I’m thinking. I know, it’s very Descartes.”

Beyond putting viewers in Olivia’s shoes, Lingua Franca sharply depicts the intersection of issues affecting transgender women of color who are immigrants and undocumented and working class, while also defying expectations of how those stories usually are told on film. “I was conscious about setting up certain expectations and making people feel that this is going in that kind of expected or conventional direction,” Sandoval says. “But as a trans filmmaker, I used that as an opportunity to subvert those expectations, in that I didn’t want to portray episodes of physical violence, which is actually what a prospective investor wanted me to do, and I said no. But I also recognize and realize that we do live in a society that is homophobic, that is transphobic and misogynistic.”

In Lingua Franca, Sandoval emphasizes “a different kind of emotional violence that is more insidious because it’s less obvious and therefore more rarely explored on screen.” Still, she was careful not to portray outright villains. “And in that case, I think my film is a compassionate film, because it sees its characters as good people who are flawed and who might mean well, but, because they might not know better or they’re not emotionally mature, end up committing actions that are hurtful and have really devastating repercussions on people who are most vulnerable.”

As Olivia and Alex sort through their emotions, the film “has the trappings of a romantic drama,” acknowledges Sandoval. “But I also, at the end of it, wanted it to be a story about Olivia’s resilience, and her gaining back her agency and ability to determine her own future and her own life.”

Lingua Franca is available for streaming on Netflix. Visit www.netflix.com.

André Hereford covers arts and entertainment for Metro Weekly. He can be reached at ahereford@metroweekly.com. Follow him on Twitter at @here4andre.
← Previous Story ‘Boys State’ is a gripping, profound look at contemporary politics through the eyes of teenagers
Next Story → Ammonite trailer: Kate Winslet and Saoirse Ronan find love by the sea