By John Riley on September 28, 2020 @JohnAndresRiley 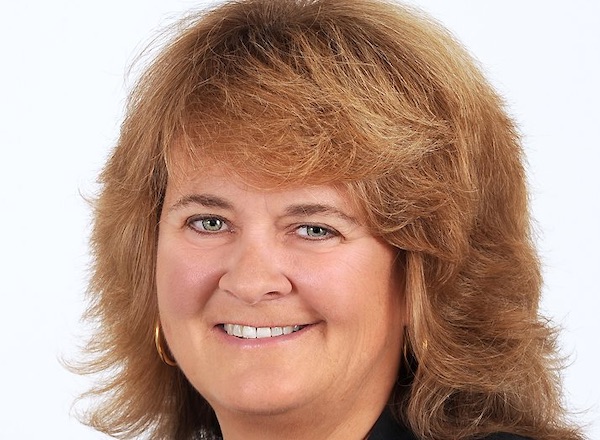 An Idaho Republican state lawmaker has defended a bill she proposed that was signed into law earlier this year barring transgender female athletes from competing in women’s sporting competitions in the state.

In an interview last week for HBO’s monthly syndicated cable show Real Sports with Bryant Gumbel, Idaho Rep. Barbara Ehardt (R-Idaho Falls) insisted that she is simply trying to level the playing field for cisgender females who are at a physiological disadvantage when it comes to competing against transgender females.

“I actually support people in making choices they feel are important to them in their lives, but this has to be based on one’s biology, one one’s sex,” she told correspondent Bernie Goldberg when he asked her if she had a “problem with transgender people.”

Ehardt said her mission is personal, as a former athlete who played basketball in college and eventually became a college coach.

She believes that allowing transgender females to compete in women’s sports denies cisgender female athletes the chance to compete and achieve success — something she believes only became available to her after the introduction of Title IX, a 1972 law barring sex discrimination that has been credited with expanding athletic opportunities for women.

“You have to understand that that’s at the heart of this legislation,” she said. “What we don’t want to do is create policies that literally will erase the history of the struggles and the triumphs that have occurred for women for the last 50 years.”

Goldberg noted that no known transgender athletes have ever competed in girls’ and women’s sports in Idaho, and asked if Ehardt was “legislating a problem that doesn’t really exist in any significant numbers.”

She replied: “There’s never a bad time to protect opportunities for girls and women.”

Backers of the law, including Ehardt, say it’s needed to prevent cisgender women from inevitably losing to those they consider “biological males,” even if the athlete has undergone hormone therapy, as required by the NCAA for any transgender athlete wishing to compete at the collegiate level.

They also insist that transgender athletes are not barred from competing in sports, but simply must compete against individuals who were assigned the same sex at birth that they were.

Opponents of the law, led by the American Civil Liberties Union of Idaho, have sued to block any attempts to bar transgender athletes from competing based on their gender identity from being implemented.

The other plaintiff is an anonymous cisgender female athlete in high school who believes she will be subjected to invasive genetic testing to “prove” her gender if competitors accuse her of being transgender due to a lack of stereotypically feminine traits or behavior.

In August, a federal district judge issued an injunction blocking Ehardt’s bill from taking effect, finding that the law was crafted with the intent of excluding transgender athletes, rather than promoting equal athletic opportunities for cisgender women.

The segment for Real Sports also included comment from Chase Strangio, a transgender man and lawyer for the national ACLU, which is co-representing the plaintiffs along with its Idaho chapter.

Strangio says that athletics provide transgender people “a sense of solidarity and camaraderie” with their teammates, as well as a sense of belonging, that would disappear if they aren’t allowed to compete based on their gender identity.

The segment was scheduled to air last Tuesday, but an HBO spokesperson told the Idaho Statesman newspaper that the story was no longer scheduled to run this month, as “there are revisions that need to be made.”

The spokesperson did not share a new run date, and the Real Sports website contains no mention of the story.

John Riley is the local news reporter for Metro Weekly. He can be reached at jriley@metroweekly.com
← Previous Story South Dakota GOP criticized for ‘petty, obnoxious’ debate over trans student athletes
Next Story → Woman charged as part of mob attack against Philadelphia transgender woman