LGBTQ advocate is favored in the general election, which would make her the highest-ranking trans official in the country

By John Riley on September 16, 2020 @JohnAndresRiley 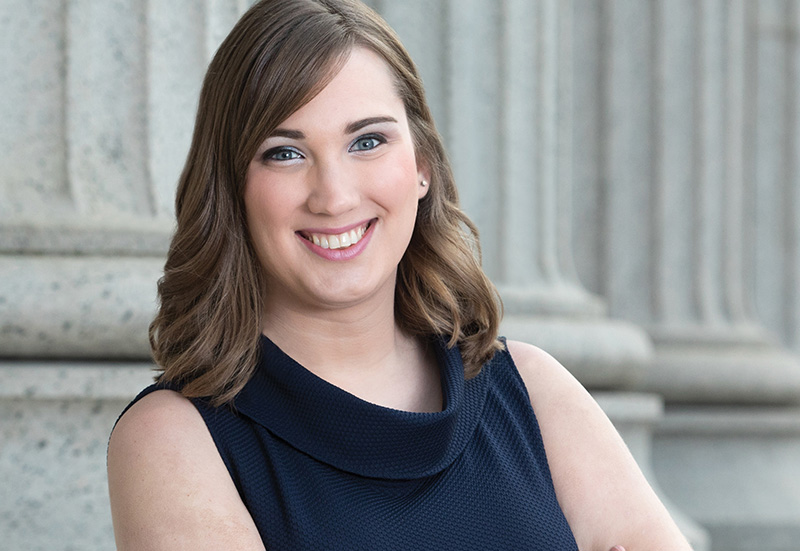 Sarah McBride, a transgender activist and health care advocate who serves as the national press secretary for the Human Rights Campaign, won the Democratic nomination for Delaware’s 1st State Senate district on Tuesday, putting her on a path to become the nation’s highest-ranking openly transgender elected official.

McBride won 91% of the vote over her primary opponent, Joseph McCole, for an open seat currently held by Democrat Harris McDowell, who will retire in January after 44 years of serving in public office. As the winner of the Democratic primary, McBride is favored in the district, which covers parts of Wilmington, Bellefonte, and Claymont, and gave Hillary Clinton 68% of its vote in the 2016 presidential election. She faces Republican Steve Washington in November.

“I’m overwhelmed with gratitude,” McBride said in a statement following her victory. “This victory would be impossible without the incredible work of hundred of grassroots volunteers. It proves that Delaware can show America what is possible when neighbors come together. I look forward to continuing these conversations with my neighbors about real benefits for working families and much more.”

McBride, a 30-year-old former Metro Weekly Next Generation Award winner, has a long history of political activism, co-founding a statewide high school Democratic organization and volunteering for Democratic campaigns in her home state of Delaware. McBride previously interned at the Obama White House in college, and advocated for passage of a transgender rights law, as well as expansion of Medicaid. Markell awarded her the Order of the First state, making her one of the youngest Delawareans to earn the state’s highest civilian honor.

In 2016, McBride made history when she spoke at the 2016 Democratic Convention on behalf of then-presidential candidate Hillary Clinton, becoming the first openly transgender person to address a major party convention. She published a book in 2018, Tomorrow Will Be Different, which examined her activism and her relationship with her late husband, Andrew Cray, who died at the age of 28 from cancer, mere days after the couple wed in 2014.

If elected in November, McBride would become not only the first openly transgender person elected to public office in Delaware, but would become the nation’s only out transgender state senator, making her the highest-ranking transgender official in the country. Currently, there are four out transgender lawmakers holding elective office, and at least four other transgender candidates in Kansas, Texas, Vermont, and Wisconsin are running for state House seats this cycle.

“Sarah McBride is one of the most impressive people I have had the privilege to meet. From her brilliant policy expertise to her ability to inspire and empathize, Sarah is the epitome of what can make an elected official great. Tonight, she takes the first step on what I expect to be a storied career in the public realm,” Alphonso David, the president of the Human Rights Campaign, said in a statement. “While we will be sad to lose her as a staff member at the Human Rights Campaign, we are overjoyed to have been a piece of her story.”

“Sarah’s primary win shatters another lavender ceiling in our movement to build LGBTQ political power, and her victory will inspire more transgender people to run for elected office,” Annise Parker, the president and CEO of LGBTQ Victory Fund, added. “At a time when the Trump administration, cynical politicians and too many state legislatures are attempting to use trans people as political weapons, Sarah’s win is a powerful reminder that voters are increasingly rejecting the politics of bigotry in favor of candidates who stand for equality.

“Three years ago there were zero out trans state legislators anywhere in the country, but each win reinvigorates a virtuous cycle that familiarizes voters with trans people and encourages more trans people to run,” Parker said. “We are optimistic we can double the number of trans state legislators in 2020 — from four to at least eight — and their impact will be felt well-beyond the boundaries of their districts.”