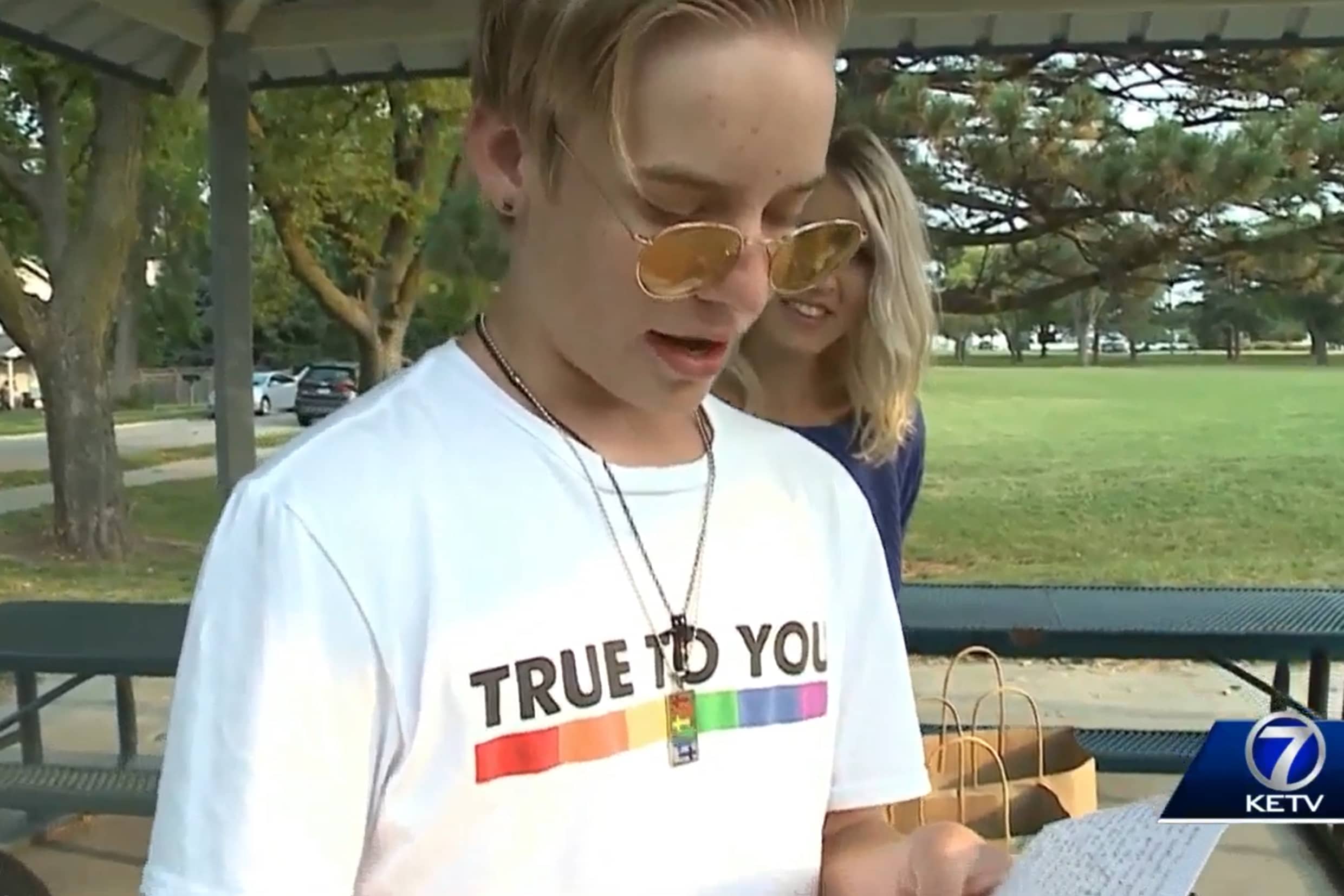 Gabriel reading a message of support after being removed from his church music group — Photo: KETV

An eighth grader in Lincoln, Nebraska said he was forced to leave his church music group after leaders learned he was “wearing Pride gear.”

Gabriel, 13, told told ABC affiliate KETV that he was a “proud member” of his church, which wasn’t named, and had spent the past year attending weekly practice sessions with a group of musicians who perform at Sunday services.

But that ended after church elders “found out I was wearing Pride gear,” Gabriel said. Both he and his mother, Colleen, were surprised by the response, as they had joined the church specifically because it was promoted as an inclusive congregation.

“They told me, since I’m a leader, they wouldn’t want me promoting things that they’re against,” he told KETV.

However, the church’s negative reaction turned into a positive story after Colleen shared the story on her Facebook, and started receiving a wave of support from LGBTQ people and allies.

“It only took a matter of hours,” Colleen said. “It got really big, really fast.”

What’s more, the response was “overwhelmingly positive,” despite Colleen’s fears that there might be a negative backlash. She added: “It was unreal how positive it was.”

“Let’s let Gabriel know that he is loved from far and wide,” the group continued. “Let’s let him know that it DOES get better…and that he is NOT alone. Let’s flood his house with all cards and letters we can muster!”

Many responded to the post, sending letters sharing their LGBTQ experiences and urging Gabriel to maintain his pride.

“It felt really good to know that people cared,” Gabriel said. “Even kids sent stuff…. I’ve never felt something so powerful, it just put a wide smile on my face knowing there were people out there that cared about me. And not just people, strangers.”

One letter from a teacher noted that they have “students who love and look up to me. Sometimes it’s kids like you that need to teach grownups a thing or two.” 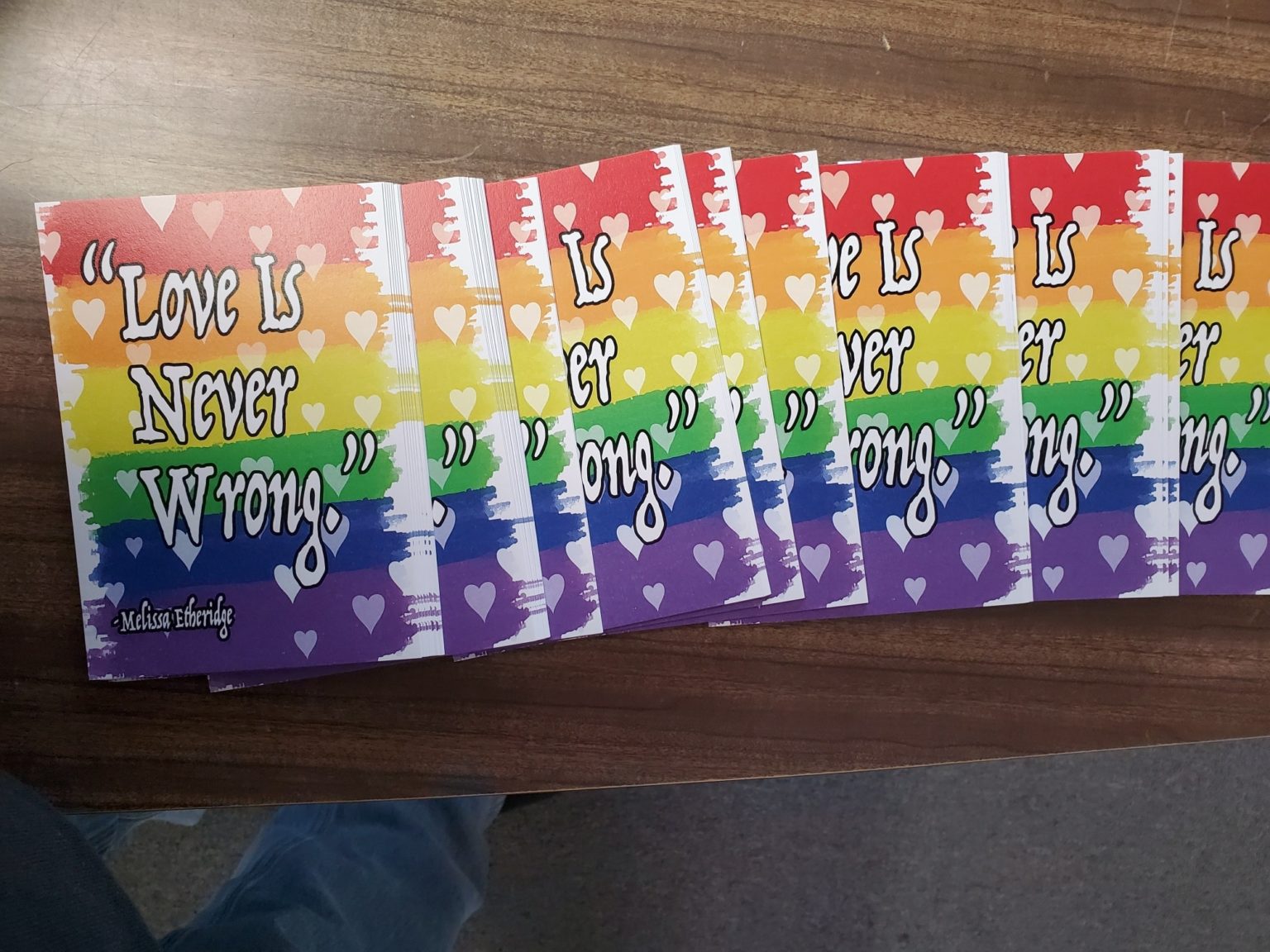 Roark shared the cards on Facebook and offered them for free to those wishing to send their own message to Gabriel.

“We have friends who are members and leaders of churches and they wouldn’t treat people like that,” he told KETV.

Gabriel added: “There’s a lot of good in the world and there’s a little bit of bad in the world. But when the bad comes, the good comes too.”

Drag Queen Story Time Nebraska thanked their followers for heeding the call-to-action: “Thank you cherubs for helping spread love! It warms our heart that so many of you jumped in to spread kindness and love!

“We just dropped off another batch of notes and he is floored by your love! Be well everyone and spread love!”