By John Riley on October 22, 2020 @JohnAndresRiley 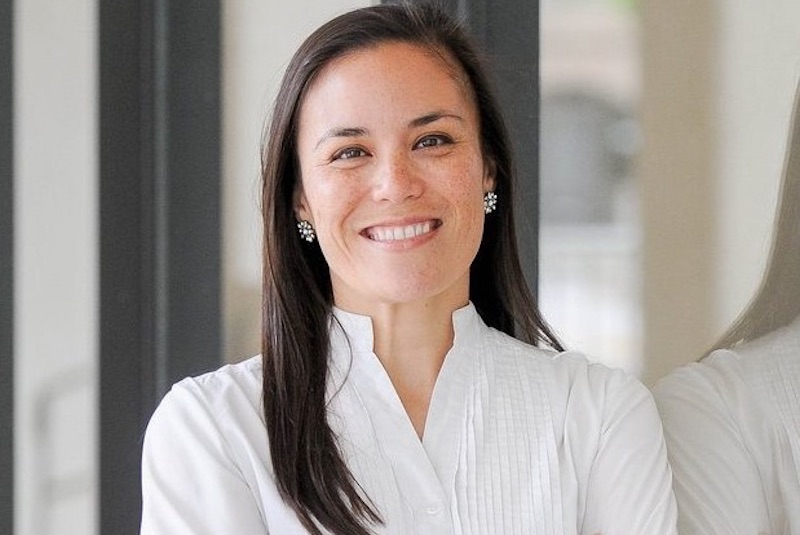 The National Republican Campaign Committee has doubled down on its attacks against the Democrat in a Texas congressional race, accusing her of supporting base closures in order to divert federal money to pay for gender confirmation surgery for transgender individuals.

The NRCC’s latest ad, attacking Gina Ortiz Jones, an out lesbian who is running against Republican Tony Gonzales in Texas’s 23rd Congressional District, alleges that Jones supports closing bases in the district, which stretches along the U.S-Mexico border from San Antonio to El Paso and includes Laughlin Air Force Base.

The ad claims that Jones, an Air Force veteran and former intelligence officer, supports another round of the Base Realignment and Closure (BRAC) cost-cutting process, which could threaten the existence of military bases in the district, and the jobs related to them. Jones has denied the charge, saying she does not support closing bases in the district.

The ad claims that Jones “wants the Defense Department to pay for transgender reassignment surgeries,” citing a news article from the San Antonio Express-News in which transgender issues are never addressed, and a 2018 interview with an LGBTQ newspaper in which Jones said she opposes President Trump’s ban on transgender military personnel. It also accuses her of wanting to “use our money to radicalize our country.”

Even though Jones never mentions surgeries in either article, the ad makes the leap from supporting transgender military service to paying for the health care of enlisted military personnel — which in the case of transgender people, could, but does not always include gender confirmation surgery. For what it’s worth, a study by the New England Journal of Medicine found that the cost of paying for gender confirmation surgery for every single enlisted transgender person would be “negligible” and would amount to “little more than a rounding error” in the military’s $47.8 billion health care budget.

LGBTQ Victory Fund, an organization that supports openly LGBTQ people running for public office and has endorsed Jones’s bid for Congress, denounced the commercial — the second such televised ad and the third or fourth attack overall utilizing the same talking points — as transphobic. The organization has previously called out the NRCC for attacks against Jones and other congressional candidates for utilizing “scare tactics” and well-worn tropes about LGBTQ people.

The NRCC previously employed similar attacks on a website called DemocratFacts.org, an opposition research site, from which super PACs and outside groups that run commercials are expected to pick out certain talking points and use them to create attack ads while allowing the NRCC to have “clean hands” by claiming to have no knowledge of, or connection to, ads aired by third-party groups.

Among the attacks listed on the NRCC website were stressing that Jones is a lesbian and lived with her partner in a suburb of Washington, D.C. when she was an intelligence officer, and accusing her — via her opposition to the transgender ban — of supporting “transgender reassignment surgery.”

“The national fundraising arm of the Republican Party has declared war on LGBTQ candidates this election cycle — and homophobia and transphobia are their weapon of choice,” Annise Parker, the president and CEO of LGBTQ Victory Fund, said in a statement. “It is despicable that Republicans would attack a military veteran simply because she believes the trans soldiers who risked their lives beside her deserve fair treatment when they return home. Their appeals to bigotry — especially when aimed at LGBTQ people who fought for America — is the ultimate evidence that winning elections is more important to them than the values most Americans hold.

“The NRCC leadership should think beyond November and recognize they are alienating an entire generation of LGBTQ people and their allies,” Parker added. “The candidates refusing to denounce the homophobic and transphobic attack ads launched in their name — especially Tony Gonzales and U.S. Representative Fred Upton — must know their silence is as destructive as the ads themselves. That they accept bigotry for a perceived political gain is a reflection on their character and will not be forgotten.”

“The NRCC’s transphobic attacks are desperate, cheap, and beneath even them,” HRC Texas State Director Rebecca Marques said in a statement. “Their closing argument in Texas appears to be not just attacking LGBTQ people but our nation’s veterans and military. This isn’t just ineffective, it’s counter to the 88% of Texas voters who believe transgender people should have equal access to medical care as any other Texan.”

That polling also reveals that 53% of Texas likely voters oppose banning transgender people from serving in the U.S. military, and 50% support the Equality Act, a federal bill prohibiting discrimination against LGBTQ individuals, while only 25% of Texans oppose it.

“If the NRCC were smart, they would realize that even Texas Republicans are turned off by their disgusting strategy,” Marques added. “With less than 2 weeks left in this race, we stand with a true leader and veteran in Gina Ortiz Jones.”

Watch the NRCC’s attack ad below: