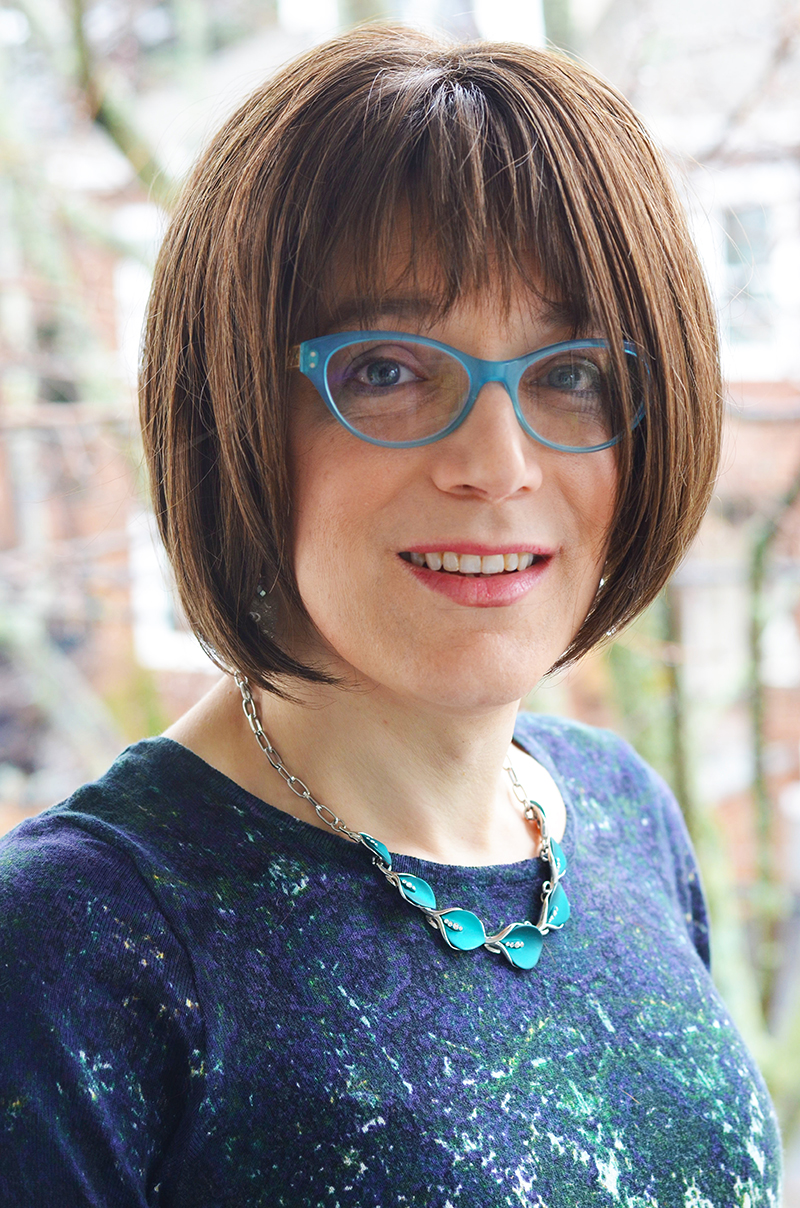 “I literally cannot remember a time when I was not reading science fiction or superhero comics, or watching Star Trek,” says Stephanie Burt. “I don’t have any memories before that.”

As a child, if Burt wasn’t reading sci-fi, she was reading about the genre and others that inspired it, chiefly poetry. “I discovered that there was a thing called poetry, and it was fun to read, through encountering it embedded in works of science fiction.” She cites examples from Samuel R. Delany, James Tiptree Jr., even the original Star Trek.

“If you want to know where your favorite science fiction writers are getting their ideas, you end up reading George Herbert and reading Matthew Arnold, reading Yeats and Tennyson, T.S. Eliot and W.H. Auden.”

By high school, Burt had progressed to writing as well as reading prose poetry — and pretty much only that. “It was a lot more fun for me to write because I got to play with words and could make things that were short and could be finished. They were expressive and had some of the properties of puzzles and involve puzzle-solving — and they didn’t require me to tell a story.”

You can’t tell a story if you don’t know how it goes, or what comes next. Burt didn’t tell her own story as a queer trans woman until just a few years ago — because she couldn’t. “I was very confused,” says the 49-year-old of her first four decades of life, including growing up as a boy in D.C.

“I had a strong feeling that I belonged in a queer community, [but] I thought I was straight because I knew that I wanted to kiss, and go out with, girls. But wanting to kiss girls and wanting to be a girl were connected in a way I didn’t understand until much later.”

“[Growing up] in the ’80s, I knew that it was possible to be trans,” she continues. “But I thought that, to be trans you had to feel like you were already the gender that you wanted to be, and that you had to be suicidal. And I was never either of those things. I thought that wishing didn’t cut it: You had to feel like you were already a girl. And that the social and emotional and practical consequences of gender transition were just usually ruinous, that no one did this unless it was to save their life.

“I thought I was straight because I knew that I wanted to kiss girls. But wanting to kiss girls and wanting to be a girl were connected in a way I didn’t understand until much later.”

“I had to realize that coming out as trans doesn’t mean blowing up your life — unless you want it to. Sometimes it can mean…staying with a lot of the life that you have, but making it better by being the gender that you’re supposed to be. But it took me a very long time.

Burt is appreciative of how her family has been accepted.

“[Initially,] my partner and I looked like a straight couple with two kids. And now we are very visibly a bi woman and a queer transwoman with two kids. We haven’t been rejected by any of the communities we’ve been in. We’re just existing in more communities, and our social lives and my emotional life opened up.”

The Harvard University English professor will reflect on her story and her work as an acclaimed poet and critic as part of a “transpoetic” virtual reading next week, presented by the Folger Shakespeare Library.

In addition to “a couple of brand new poems about queer community,” Burt will read from her 2017 collection Advice from the Lights, the NEA Big Read title she refers to as her “coming out book [featuring] different autobiographical sequences about my life as a girl and the life I actually led as a child around Washington, D.C. I’m happy to be doing this not just as a trans and queer event, but as a D.C. event. I’m happy to be thinking about the city where I’m from.”

The Folger Shakespeare Library’s “To enter the world” virtual poetry reading with Stephanie Burt and Taylor Johnson is Wednesday, Nov. 18, at 7:30 p.m. Tickets with Zoom link are a suggested $15. Call 202-544-7077 or visit www.folger.edu.

Local chefs “duke it out” in the Capital Food Fight

These 7 area restaurants will make your Thanksgiving special