“When you go to Mexico City — that’s where I’m from — you have taco stands in the street, so you’re eating outside, standing up — which is kind of the idea of what we wanted to do here,” says Geraldine Mendoza, the director of operations at Taqueria Xochi, U Street’s hip new carryout spot. The authentic Mexican street food concept is a dream come true for Chef Teresa Padilla, who enlisted Mendoza’s help in launching the business after being furloughed during the pandemic. Prior to its temporary shuttering, the two had been co-workers at China Chilcano, José Andrés’ upscale Peruvian-fusion restaurant.

Named in homage to where she’s from in central Mexico, Padilla aims with Xochi to serve up some creative yet authentic Mexican offerings that aren’t exactly everyday fare in the D.C. area, drawing chiefly from family recipes. Foremost among these are Padilla’s large signature pressed sandwiches known as Cemitas, stuffed with fried breaded cutlets of chicken, beef, or eggplant. No matter the filling, the chef’s housemade sesame seed buns always steal the show, a type of slightly sweet crispy bread she learned from her grandmother. Padilla’s Quesabirria, meanwhile, rivals any other twists you may have had elsewhere on the trendy taco/quesadilla hybrid, stuffed with braised beef or lamb, cheese, and mild Mexican chilies — especially so, given the rich housemade beef and chickpeas consomé the chef serves as a dipping sauce. It’s so good and so popular, it’s also available as a standalone menu item.

Taqueria Xochi has been doing relatively brisk business since it opened the first week of October in its small, narrow space on U Street down the block from Nellie’s. “Everything is going better than we hoped,” Padilla says through Mendoza, who serves as the chef’s English translator. And the future looks ripe for expansion, both in terms of the menu — Mendoza says soups and breakfast tacos are in the offing — as well as in terms of the operation, with the addition of a second location or a food truck most likely. “She has a lot of ideas,” Mendoza says, approvingly, of her business partner.

When asked if Padilla’s previous job is reflected on the menu, Mendoza points to the Chocoflan. Padilla, you see, last served as the pastry chef at China Chilcano. “You don’t bake the half-flan, half-chocolate cake separately, you do it at the same time,” Mendoza explains. “When it cooks, it inverts, so it sets like a flan.” One bite, and you also become set on devouring the perfectly realized treat, gone in a jiffy.

Turkey options abound at area restaurants this year if you don’t want to cook and no one in your inner circle of family or friends do, either. Yet few can match the quality and certainly the price of Bidwell, particularly at this late stage in the game, with less than a week to go — whether you want to enjoy Thanksgiving as an Eat In or Take Out proposition. Either way, the menu at the star restaurant in Union Market features several “rooftop” specialties from produce picked fresh from Chef John Mooney’s signature aeroponic planters overflowing with fruit and vegetables on the roof.

If you place an order by noon this Saturday, Nov. 21, you can snag a sweetheart of an Oven-Roasted Heritage Turkey To-Go deal, including Homemade From-Scratch Gravy (1 quart), Sourdough Stuffing with rooftop sage (2 pounds), and Chef Mooney’s Cranberry Sauce (1 quart), all priced by the bird: $130 for a 12-to-15 pound turkey, which should feed at least six and as many as 12 guests; $155 for a 15-to-18 pound bird feeding anywhere from nine to 16; and $180 for an 18-to-26 pound beast feeding 12 to 22. Add sides of Roasted Butternut Squash Soup with rooftop sage ($15/quart), Rooftop Mixed Green Salad with housemade Thousand Island dressing ($5/serving), Maple Sweet Potatoes with candied pecans ($8/pound), Mashed Yukon Potatoes with rooftop chives ($8/pound), or Caramelized Brussels Sprouts ($10/pound, or $12/pound with bacon). You can also add more Stuffing ($8/pound), Gravy ($10/quart), or Cranberry Sauce ($10/quart). Times for pickup of Turkey To-Go orders start at noon on Tuesday, Nov. 24, and last until noon on Thanksgiving Day.

If you’d rather dine at a socially distanced table in the spacious and centrally located ground-floor dining room, Bidwell is accepting reservations until the day of Thanksgiving, when the pre-fixe feast includes a choice of Roasted Butternut Squash Soup or Rooftop Mixed Green Salad to start, followed by a spread for the table featuring Oven-Roasted Heritage Turkey, From-Scratch Gravy, Sourdough Stuffing, Maple Sweet Potatoes, Mashed Potatoes, Caramelized Brussels Sprouts, and Chef Mooney’s Cranberry Sauce, and finishing with Apple Pie with vanilla bean ice cream ($55 plus tax and gratuity per adult, or $25 for children under 12). 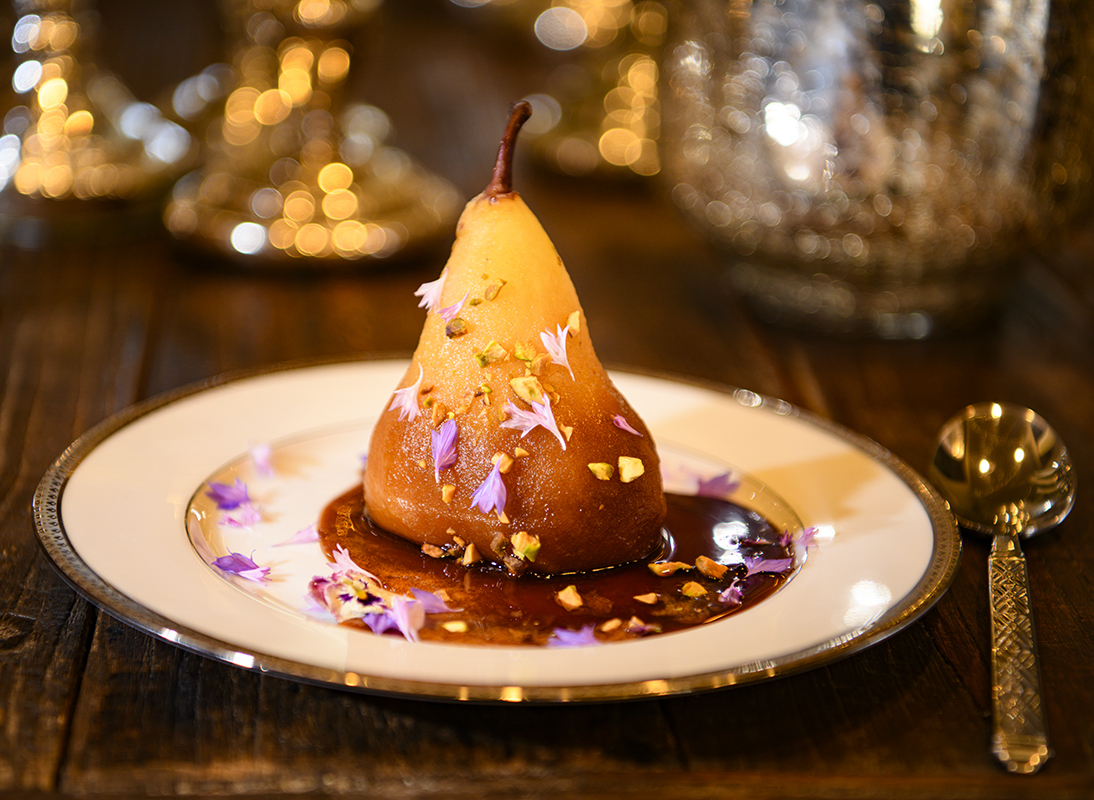 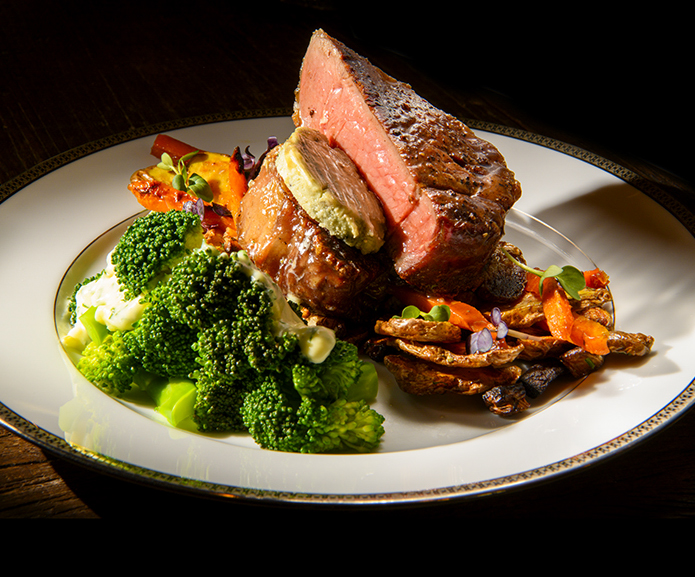