Dance Place will kick off May with a virtual discussion and preview focused on a forthcoming feature-length documentary about the organization’s visionary co-founder Carla Perlo. With a title referencing a Saturday morning modern dance class taught by Perlo, CLASS: The Carla Perlo Story will shine a light on the dance artist, choreographer, and teacher who helped establish Dance Place in 1980.

Under Perlo’s leadership, the organization eventually managed to buy and renovate its building in the Brookland neighborhood of D.C., an achievement making it, as the organization officially puts it, “the second independent organization in the United States to own and operate a facility for the training and presentation of dance.”

After 36 years at the helm, Perlo stepped aside and welcomed successor Christopher K. Morgan in 2017. As director emerita, she remains a faculty member and also serves as a consultant to the organization. Perlo will participate in the virtual discussion on Saturday, May 1, which will also offer a behind-the-scenes look into the making of the documentary, as well as screening a few clips, led by the film’s executive producer Karen Hopkins. (An in-person screening of the completed documentary is set to premiere in the Spring of 2022 at Dance Place accompanied by live performances from students and staff.)

The discussion will also explore Perlo’s enduring impact and legacy with additional participation from Morgan, Deborah Riley, who served for many years as Dance Place’s co-director alongside Perlo, and Sylvia Soumah, a D.C.-based former student of Perlo’s, who “has forged new directions in West African dance with her company Coyaba Dance Theater,” in the words of Riley.

“Carla has helped shape the field of dance locally and nationally in so many ways,” Riley says. “As a teacher she has trained countless dancers who have gone on to careers as performers, choreographers, and teachers…. Carla has always taken risks to feature emerging as well as mature artists in every form, style, and voice of dance/movement theater.” That list includes some of today’s most revered artists, among them Rennie Harris from Philadelphia, Sean Dorsey from San Francisco, and Urban Bush Women from New York City.

The Dance Place Virtual Presentation will stream live on Saturday, May 1, at 6 p.m., with a re-broadcast on Sunday, May 2, at 6 p.m. Free. Visit www.danceplace.org.

Sixth and I’s upcoming discussions include Gladwell, Klobuchar, and “Rabbi vs. Jedi” 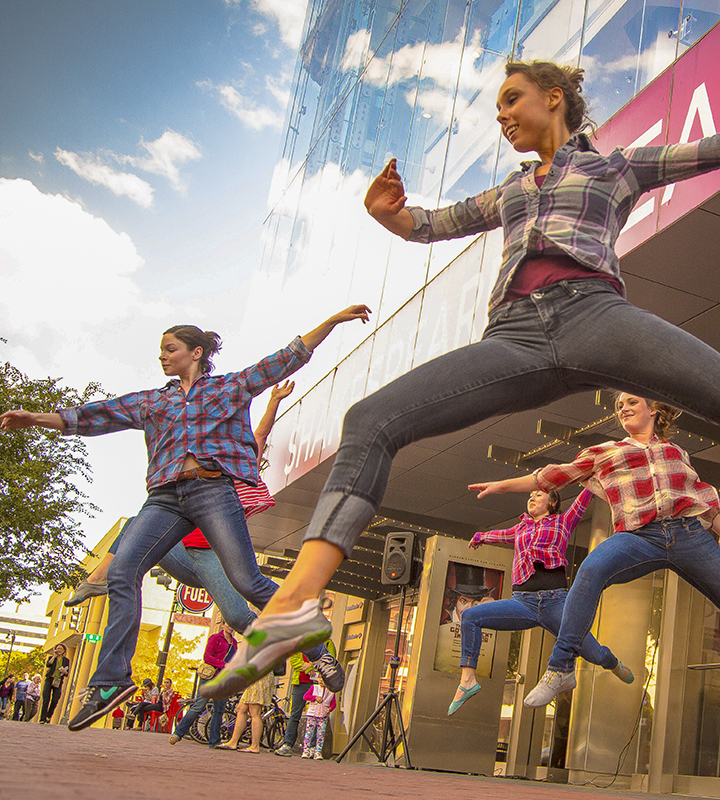