Those presently gripped in the weekly intensity of Hulu’s The Handmaid’s Tale already know one of the season’s biggest twists. For those who haven’t quite caught up, there will be no spoilers here, other than to say that the narrative, which sometimes stalled during season three, is at last racing forward in a new, fearless direction.

It breaks new ground for the powerful drama set in an America overrun by religious, patriarchal extremists, who use the remaining fertile women as breeding stock.

“This is our nomadic year,” says executive producer Warren Littlefield. “In seasons one and two, the home base was the Waterford House. And in season three, Commander Lawrence’s home was our home base. But with season four, there is no home base. We are following a journey for June, and that takes us to places we’ve never been before. I think that that’s very satisfying for the audience, because of the size of the steps that have been taken this year.”

They are huge steps, indeed. But they’re also grim steps, as several beloved characters have been forever lost along the way.

Not June (Elisabeth Moss), however. The show’s central character is still ferociously rebelling against the forces of Gilead while enduring an abundance of traumatic incidents.

“We are asking the question just how tough is June?” says Littlefield, who was head of NBC during its “Must See” glory years and helped shepherd shows like The Golden Girls, Seinfeld, and Will & Grace through their runs. “But we know June’s really tough, so what’s the cost? We call this year a year of patience rewarded — a lot of things the audience has been waiting for finally start to happen.”

It’s also a big year for the LGBTQ character of Moira, now based in Canada where she must contend with the 83 refugee children June smuggled out of Gilead at the finale of season three.

The character, played with extraordinary heart and emotion by LGBTQ actress Samira Wiley, is having “a very powerful year,” says Littlefield. “We have activation in Canada in year four that we haven’t seen before. Those dramatic stakes got higher.”

Littlefield says that while there aren’t definitive plans to end the series yet, “we’re starting to wrestle with it. I’m not withholding by not giving you an answer. We’ve been picked up for season five and we’re just starting to ask ourselves, ‘Does season five end The Handmaid’s Tale?’ It might. We don’t know. We’re trying to figure that out. How many hours are left in this journey to not overstay our welcome and to provide the kind of narrative satisfaction that we think the audience absolutely deserves?” We’ll find out soon enough.

Season 4 of The Handmaid’s Tale is currently airing weekly on Hulu, with new episodes debuting every Wednesday through June 16. Visit www.hulu.com.

Billy Porter on the ending of ‘Pose’ and what comes next

Review: Hulu’s ‘Crush’ Is A Sweet But Clunky Coming-Of-Age Movie 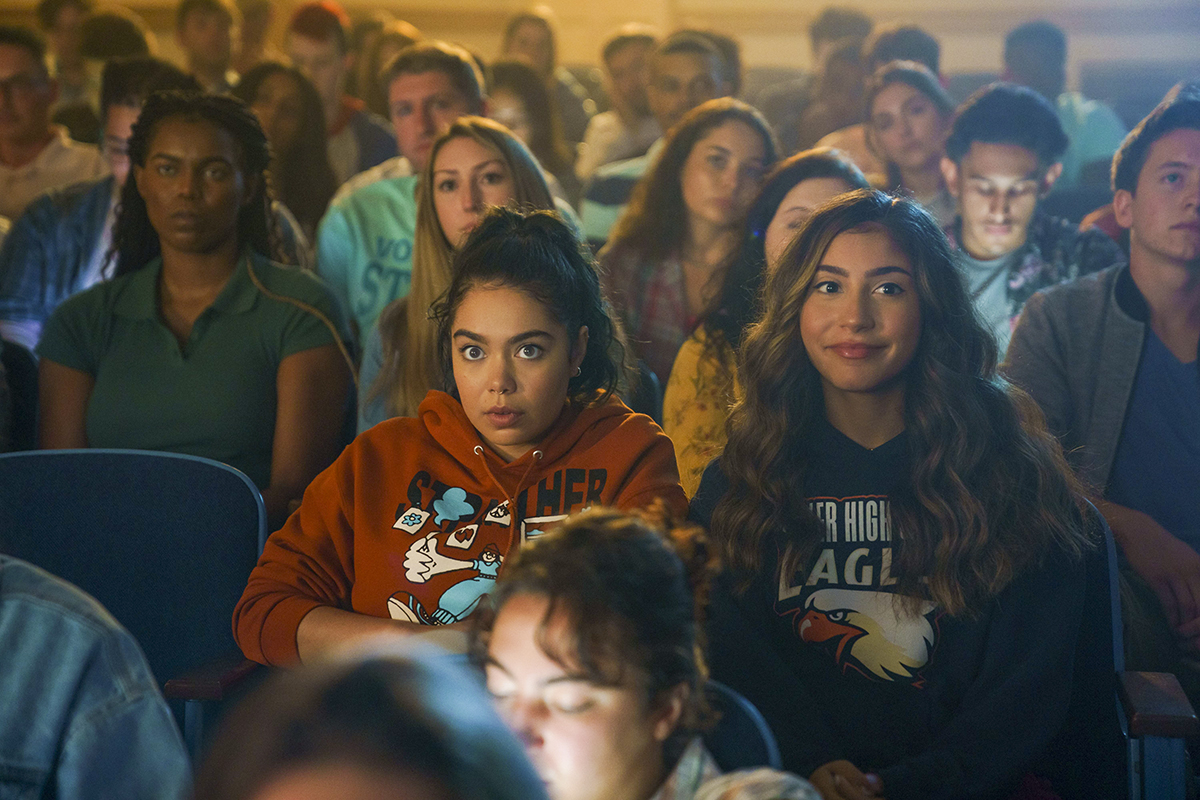 Life isn't all sunshine and rainbows, but there are plenty of both -- literal, figurative, and animated -- in Hulu's sweetly charming, teen lesbian rom-com Crush (★★★☆☆). In one pivotal scene between two amorous teens, a rainbow, distinct though far in the distance, arcs across the horizon, a bellwether of good fortune for young lovers.

Just as fortunately, director Sammi Cohen, and screenwriters Kirsten King and Casey Rackham, seek to subvert their movie's candy-coated innocence with a keen edge of tart and bawdy humor that keeps the ship from sinking into cheesy oblivion.