The trailer reveals a Ben Platt who looks significantly younger than his 27 years.

When Dear Evan Hansen premiered at Arena Stage over the summer of 2015 in Washington, D.C., a relatively unknown actor named Ben Platt with a “pitch-perfect,” powerful set of vocal cords stole the hearts of audiences.

He went on to Broadway and snagged a Tony for his affecting, vocally astounding performance as an isolated teenager who finds himself caught up in a deception that spins out of control.

Now the 27-year-old actor is once again starring as the 16-year-old who gets himself in a whole heap of trouble in the film version of the musical, also starring Amy Amy Adams, Julianne Moore, and Kaitlyn Dever. It’s due out Sept. 24, “only in theaters.”

The Broadway hit, with music and lyrics by Benj Pasek and Justin Paul and a book by Steven Levenson, is a verified, jaw-dropping stunner. Here’s hoping director Stephen Chbosky (The Perks of Being A Wallflower) can successfully transport its deep emotional vibrancy to the big screen.

One thing is certain upon watching the first preview: the filmmakers have done their damndest to conceal Platt’s age, we’re guessing through a combination of makeup, CGI de-aging, body doubles, and extreme weight loss.

Either that, or they’ve located the Fountain of Youth.

Enjoy the preview below:

Gay teacher shot and set on fire in brutal murder 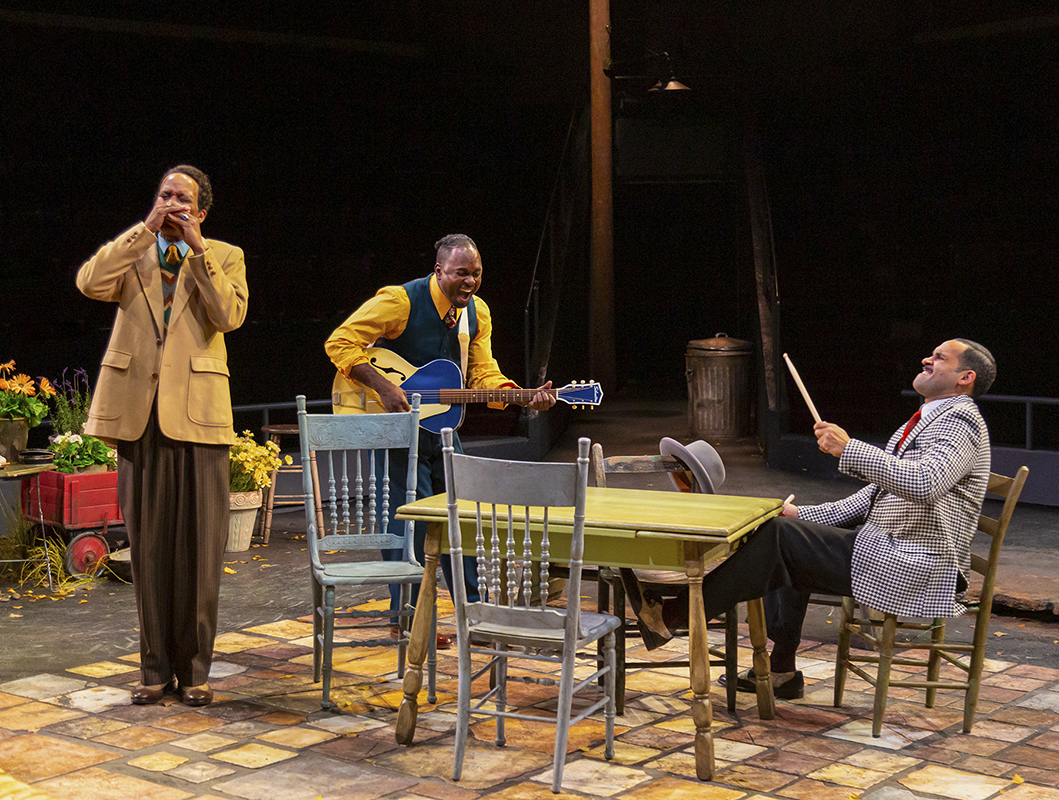 No weddings and a funeral, August Wilson's Seven Guitars (★★★☆☆) sets its characters up for joyous triumphs and windfalls that appear destined from the get-go never to see the light of day. To that end, Tazewell Thompson's solid production at Arena strikes a properly wistful tone for Wilson's blues-tinged drama, the seventh in the playwright's landmark Pittsburgh Cycle.

Despite struggles and often cruel circumstances, hope endures for the strivers and romantics who reside in this patch of the city's Hill District, well-situated on Donald Eastman's spare, evocative courtyard set. The biggest dreamer, and talker, here is blues musician Floyd Barton, played by Roderick Lawrence with the brass and swagger of a peacock prancing among pigeons.