Titled “The National LGBTQ+ Women*s Community Survey,” the recently launched project seeks to learn from the experiences of queer women and gather data that can be used to formulate solutions to existing problems facing LGBTQ+ women.

Thus far, 5,200 respondents have participated, but the survey needs a much larger sample of participants — at least 20,000 — from across the United States if conclusions are to be drawn or trends identified regarding queer women’s life experiences. The survey will be in the field until Dec. 15, 2021, and will be accessible online.

“We don’t want just the largest sample of LGBTQ+ women’s experiences — we need a truly representative sample,” Sewell, the project’s principal investigator, said in a statement. “We intend to reach into LGBTQ+ women’s communities that are largely unseen or dismissed.”

Comprised of more than 100 questions, the survey seeks to investigate and learn how LGBTQ+ women self-identify, what they experience, and what it is like to live as an LGBTQ+  woman now, in 2021.

The initiative’s goal is to ensure that LGBTQ+ women, of all genders, ages, races, and sexual and material experiences, who partner with women are better understood.

Findings from the research project will the be used to highlight issues impacting LGBTQ+ women who partner with other women and align the policy and service agendas of queer and social justice organizations to better address those issues.

Read more: 92% of LGBTQ adults have received at least one dose of COVID-19 vaccine, survey says

The survey was designed through a combination of workshops, conversations, social media outreach and community partnerships with LGBTQ+ organizations to develop a project that would allow researchers to gain valuable insight into LGBTQ+ women’s life experiences.

“Existing research about LGBTQ+ women excludes so many of us because it’s often centered in sexual behavior rather than identity,” Grant, the research director of the survey, said in a statement.

“We wanted people to see the full scope of our community — all of us who did, have or do identify as women and/or have partnered with women. Hence, our study has deep, community-centered questions about identity, so that we can see people in all their nuances.

“We want to be able to report on what’s happening in the collective as well as point out specific vulnerabilities.”

“Queer women’s lives are so varied and plural,” Vaid, the founder of both Justice Work and the Vaid Group, added. “We want to invite all women who have partnered with other women to share their experience of family, work, life, identity, gender, race, community, discrimination and resilience, and much more.

For more information on the National LGBTQ+ Women*s Survey, or to take it online, visit www.lgbtqwomensurvey.org. Questionnaires must be submitted by Dec. 15, 2021.

Carl Nassib Will Match Donations to The Trevor Project

Carl Nassib, who became the first out gay player in the NFL to make a regular season 53-man roster, will be matching all donations up to $100,000 made to The Trevor Project in recognition of Pride Month.

On Sunday, Nassib posted a video to his Instagram commemorating Pride, announcing he would provide a 1:1 match for any donations made to The Trevor Project, the world's top suicide prevention and crisis intervention organization for LGBTQ Youth.

"Out there right now, there's a kid saying 'I'd rather be dead than be gay,' and that's why I'm partnering again with The Trevor Project, and matching all donations up to $100,000," Nassib says in the video. "I really hope you guys join me in supporting this awesome organization and supporting these young kids." 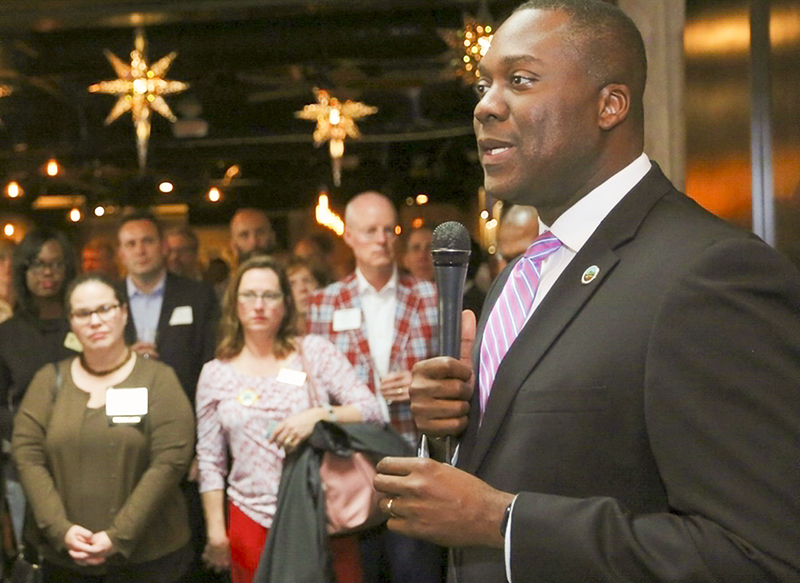