Depending on your view, the nascent genre of the “computer screen” film is either the most significant formal innovation to hit horror in decades or a tiresome gimmick that deserves to die faster than Marion Crane in Psycho.

It’s not hard to see why horror producers are drawn to the format, though. In a computer screen, or “screenlife,” film — a modern spin on the tried-and-true “found-footage” technique — the entire plot is mediated via the characters’ phone or computer cameras.

Not only does this provide viewers with the eerie illusion of digital-age cinéma vérité, it also provides producers with an excuse to keep budgets exceptionally low, since visuals and production values are supposed to look amateurish and cheap. Besides, 2015’s Unfriended, a silly and overhyped hit filmed on a $1 million microbudget, proved that screenlife movies can have serious commercial potential.

In the years since Unfriended, the pandemic has offered an obvious opportunity for computer screen horror to wade deeper into the mainstream. No one has capitalized on this opportunity more cleverly than British director Rob Savage, whose debut feature, 2020’s Host, took the form of a Zoom séance gone terrifyingly wrong when six friends unleash a demonic spirit.

Conceived and filmed remotely during lockdown, Host turned a humble concept into an inventive and spooky work of pandemic-era horror, and its success landed Savage a three-picture deal with the lauded Blumhouse Productions.

DASHCAM (★★★☆☆), Savage’s speedily produced follow-up, is wilder, messier, and more audacious — a kind of deranged Blair Witch Project descendant for the Twitch age — but it retains its predecessor’s fascination with supernatural carnage unleashed amidst the boredom of lockdown.

And yes, it’s a computer screen flick: The events are ostensibly livestreamed by its thrill-seeking protagonist, with obligatory chat logs rolling down the left side of the screen. DASHCAM lists no director of photography, and most scenes were shot with iPhones by the cast members themselves.

While Host‘s protagonists were ordinary by design, DASHCAM centers around Annie Hardy, a grating and obnoxious musician-turned-Covid denier, played by actual indie-rocker Annie Hardy as a heightened version of herself. Like the real Annie Hardy, this character drives around Los Angeles during lockdown, hosting a livestream show called Band Car, “the internet’s #1 live improvised music show broadcast from a moving vehicle.”

You can glean a lot about this foul-mouthed, rambling wacko from the first 10 minutes: She weaves bawdy incest jokes into freestyle rhymes, scoffs at restrictions protecting against “something with a 99.6% recovery rate,” dons a MAGA hat, and breaks quarantine by flying to London to visit a former bandmate known as Stretch (Amer Chadha-Patel).

Once there, she antagonizes Stretch’s Covid-conscious girlfriend and accompanies Stretch on his food-delivery runs, resulting in a screaming altercation with a cafe manager who ejects her for refusing to wear a mask. Stretch’s girlfriend soon kicks Annie out of their apartment, so she retaliates by stealing Stretch’s car and commandeering his delivery job.

At this point, DASHCAM pivots pretty quickly from wacky lockdown sitcom to gross-out gonzo horror. In lieu of food, a restaurant manager offers Annie money to transport a mute, elderly woman named Angela. Once Angela begins spewing bodily fluids from multiple orifices, it becomes clear she is not what she appears, and DASHCAM kicks into bonkers high gear.

Annie and Stretch (who has reentered the picture) are violently terrorized by both Angela, who is consumed by some sort of unexplained demonic possession, and vicious zombies in Angela’s orbit who are hellbent on taking her back.

Beyond that, I’m not sure I could spoil the plot if I wanted to. The imagery is chilling and the jump scares effective, though the jittery livestream is not always adequate to capture the terror unfolding onscreen; some pivotal scenes are muddled by the shaky chaos.

Still, Savage has an eye for spooky imagery — one horrific slaying unfolds against the backdrop of an amusement park funhouse — and a knack for framing shots such that we see the danger before the character wielding the iPhone. He also livens up the grim proceedings with black humor, such as when Annie deadpans “Wear a mask, bitch” while trying to smother Angela with a plastic bag.

DASHCAM‘s back half is relentless in its tastelessness and gore, but for horror buffs, it’s a fun ride. The movie captures the very real sense of a world unmoored during lockdown with sinister forces run amok, and it evokes the vulgarity and bad-taste thrills of exploitation horror flicks from the 1960s and ’70s.

Some critics have found the film’s quote-unquote “hero” too noxious to tolerate. I disagree. Annie is insufferable, but she functions as a cartoonish send-up of self-absorbed Americans putting themselves in harm’s way during the pandemic. Besides, it’s Annie’s recklessness and dearth of common sense that gets her in this mess in the first place. Otherwise, the character’s terrible decisions wouldn’t be halfway believable.

(Side note: I assumed the real Annie Hardy was in on the joke of satirizing Covid deniers. Yet a search through her Twitter reveals she really has spent the pandemic railing against masks and spreading conspiracy theories about vaccines.)

What’s less plausible is the livestream conceit. As the stakes are raised and the violent carnage escalates, it’s hard to suspend disbelief that Annie would somehow continue streaming while being chased and terrorized by these malevolent forces. (Or that her iPhone would remain functional and attached to her person.) A sequence in which Annie nearly drowns in a car submerged underwater particularly stretches the credulity of the format.

Yet at its core, DASHCAM burrows deep into the psyche of livestreamers and narcissists — those who serve at the mercy of a compulsion to broadcast their life 24/7. Even when Annie is bloodied and bruised, pursued by violent forces, she stops Stretch from calling the police and insists that she must keep streaming. “This is the best episode of Band Car ever!” she admonishes him. When content is everything, everything is content.

Rufus Wainwright returns to once again pay tribute to one of his idols, this time in the studio with an audience of one. 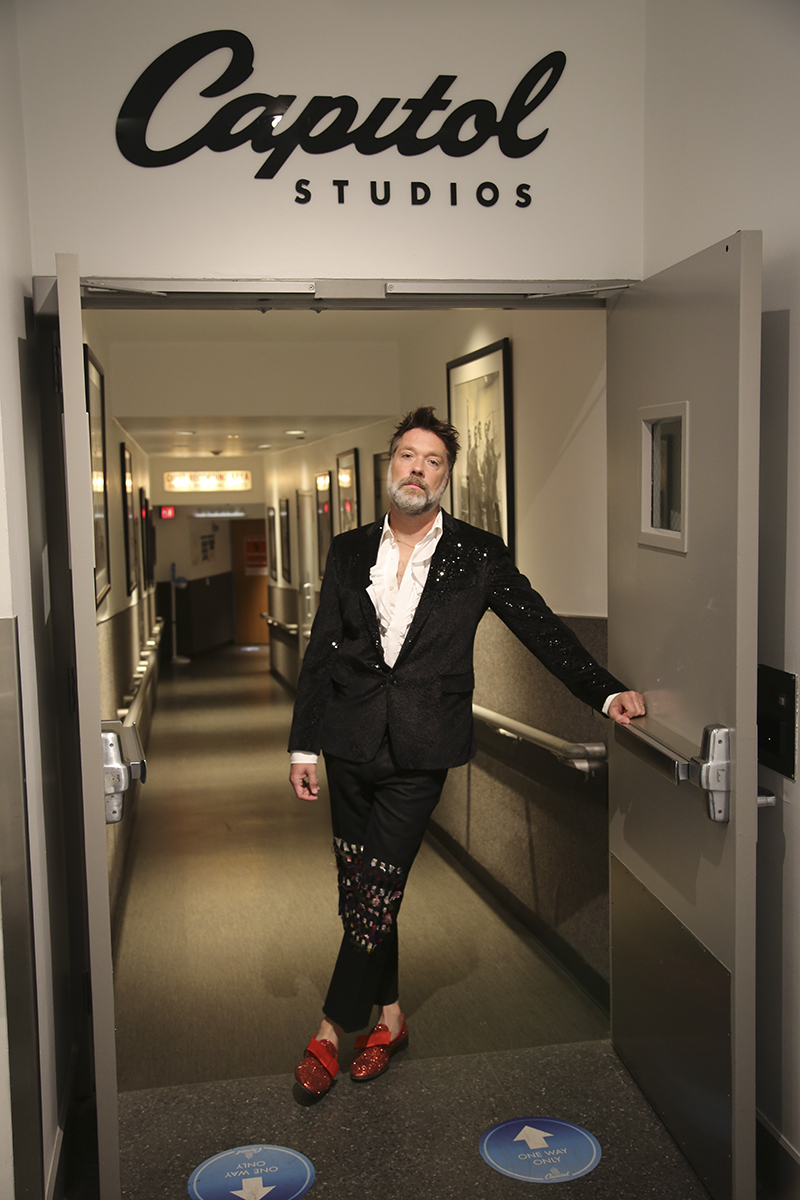 No, we haven't fallen through a wormhole to 2006 -- Rufus Wainwright really has done Judy Garland again. A recreation of one of the most treasured and iconic live albums ever, Rufus Does Judy at Carnegie Hall is an odd pop culture artifact, not least because it pulled off the amazing feat of becoming iconic itself.

His tribute to Judy was campy and affectionate all at once, with an appearance by his sister Martha lending the album its own Judy-and-Liza moment. The performance and the album that came out of it were hits, and several of those songs are still staples in his live performances.