Fine and visual arts exhibits in the Washington, D.C. metro area for autumn and winter of 2022.

Like other arts venues and culture organizations, museums and galleries have mostly all reopened by now, and have also mostly returned to some sense of normal, although it’s always a good idea to check operating hours and admission pricing and policies before embarking on any cultural outing.

Among the vast and varied special programming on tap this fall at the area’s many public-facing, knowledge-disseminating institutions, no theme or topic is more prolific or widespread than surveys or examinations of African-American art and artists and the Black experience in America.

In particular, now is a great time to see and discover the work of Black visual artists, something you can do quite easily at a solid dozen area museums, from the National Gallery of Art to Hillwood, ArTecHouse to Transformer, the Renwick Gallery to IA&A Hillyer, as they and many other organizations seem to be heeding the loud pandemic-fueled calls agitating for greater overall diversity and minority representation in the presentation and production of art and culture.

Transformer20 — a large-scale exhibition “celebrating 20 years of Transformer’s work as a catalyst and advocate for emerging artists & emergent expression in the visual arts” (11/10-12/10, GWU/Corcoran College of Art & Design)

Dreamings: Aboriginal Art from Australia at the Amy Kaslow Gallery

By Doug Rule on February 1, 2023 @ruleonwriting 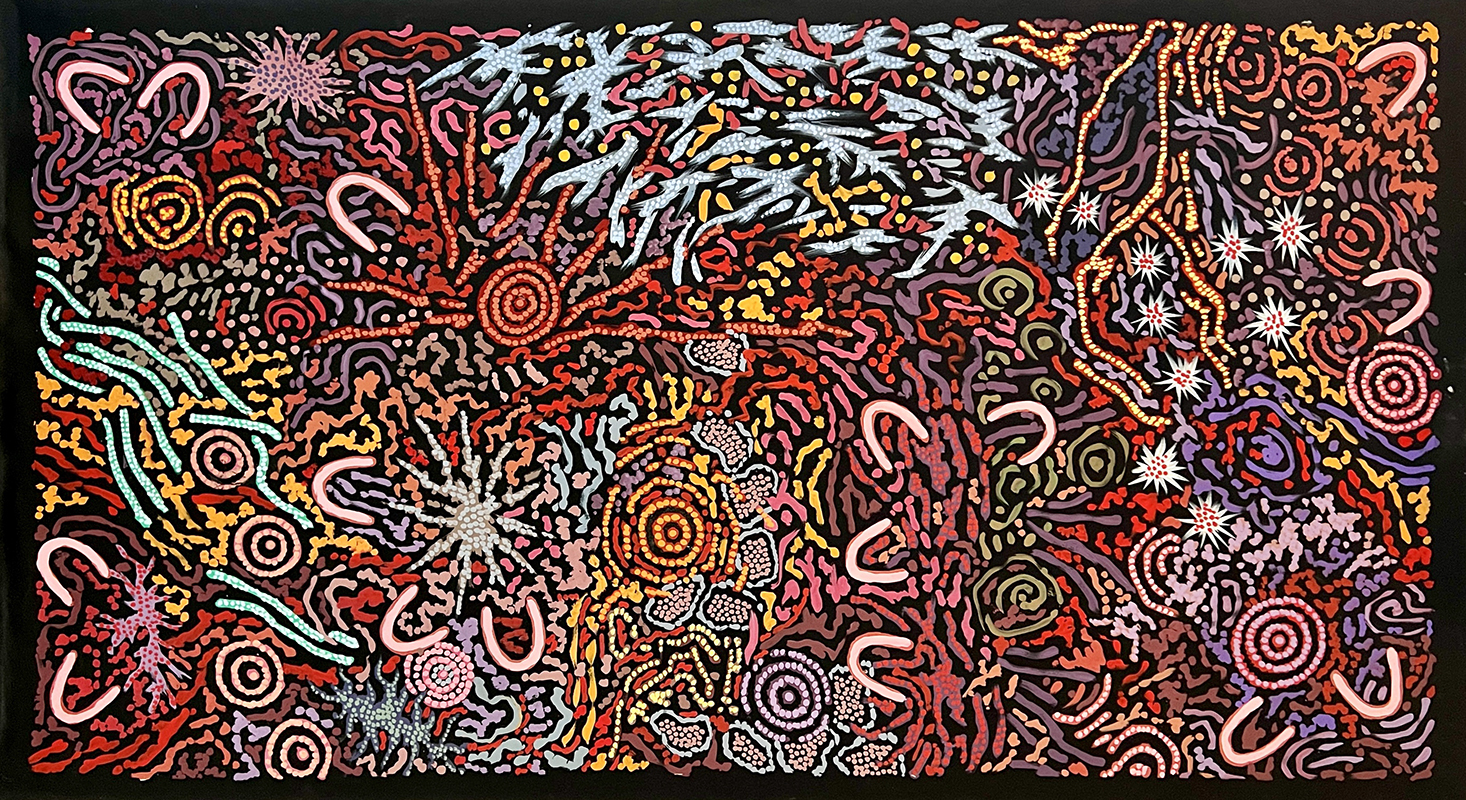 A number of contemporary Aboriginal artists from Australia's vast Central Desert region honor their ancestors as well as their historical ties to land Down Under through the creation of what are called "Dreamings."

Set on big broad canvases, these stunning paintings present dynamic and often complex visual narratives touching on themes of creation and life, and conflict and community, fusing elements of mysticism with territorial claims and antecedents.

Six acrylic-on-canvas Dreamings are currently on display and available for sale at the Amy Kaslow Gallery in Upper Northwest. While they may look like examples of abstract art to non-Aboriginal viewing outsiders, as the exhibition puts it, "Dreamings serve as aerial mappings of the past, present, and future.