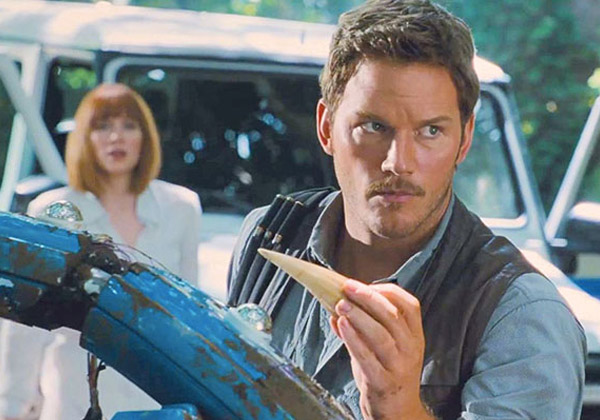 It’s almost popcorn season, folks. While winter months are mainly reserved for Oscar contenders and whatever awful holiday film Tyler Perry has made, summer instead gives way to the Blockbuster, as Hollywood flexes its cinematic muscles and prepares to woo sweaty Americans into air-conditioned theaters for two hours of comedy, action or drama. Or a mixture of all three. Of course, with the sequel to 2012’s The Avengers, yet another CGI-heavy disaster epic, and numerous sequels and reboots to look forward to, while not a great year for originality in cinema it could be a banner year for switching off your brain, ordering a large bucket of popcorn and spending your evenings lost in film.

Get Hard — Racist, homophobic, likely to kill brain cells and will probably provoke demands for the firing of every executive at Warner Bros. who okayed it. (3/27)

Home — Lilo and Stitch in 3D, though that film’s charm has been replaced with pop culture gags and boatloads of zany antics! It looks average, which is Dreamworks’ modus operandi for everything not titled How To Train Your Dragon. (3/27)

While We’re Young — Ben Stiller and Naomi Watts are a 40-something couple who feel out of sync with with their childbearing friends. After encountering a couple in their 20s (Adam Driver and Amanda Seyfried), the impact on their marriage and careers is extensive. Writer/director Noah Baumbach’s latest feature received a great response following its showing at the 2014 Toronto International Film Festival, and looks to be a charming, amusing film. (3/27)

Serena — Bradley Cooper and Jennifer Lawrence continue their award-winning onscreen pairing in a Depression-era drama that critics have lambasted. (3/27)

The Riot Club — A dark satire of the privileged and powerful elite at Oxford University. (3/27)

Cupcakes — A group of normal people, who all share an apartment block, find themselves representing Israel at a global singing competition in Eytan Fox’s latest film. We found it to be “entirely inconsequential, but nonetheless very endearing.” (3/27)

Furious 7 — Following the death of star Paul Walker, it’s somewhat incredible a new film was able to be crafted around the actor’s filmed scenes. Whether to pay respects to Walker or see the results of the extensive retooling, the latest entry in the long-running franchise may be worth your time. (4/3)

Self/Less — Would you take someone else’s life to extend your own? That’s the question posed by this psychological thriller, as an extremely wealthy man dying from cancer (Sir Ben Kingsley) agrees to transfer his consciousness to an empty vessel (Ryan Reynolds). Except, as he begins to realize, the body hasn’t always been devoid of consciousness. (4/17)

The Age of Adaline — “Blake Lively can act!” would seem an appropriate tagline, as movie execs pitch the Gossip Girl star as a serious actress who can carry a drama about a woman who never ages, with all of the time-spanning, romance-related troubles that entails. (4/24) 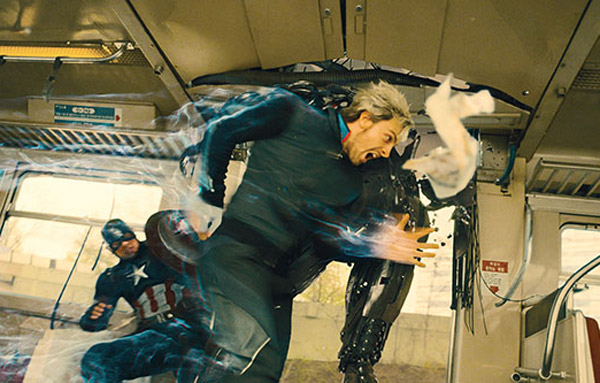 Avengers: Age of Ultron — Nothing else launching this summer particularly matters, because — if the original film is anything to go by — Joss Whedon’s superhero epic will dominate the box office for weeks, if not months. We can’t wait. (5/1)

Far from the Madding Crowd — Based on Thomas Hardy’s novel, this sumptuous period drama about a woman (Carey Mulligan) choosing between her independence and the allure of three potential (and equally handsome) suitors looks to be an excellent 120 minutes of drama. It’s just a shame that, with Avengers opening alongside, no one will see it. (5/1)

Hot Pursuit — Tall, beautiful, Latin Sofia Vergara and short, beautiful, Southern Reese Witherspoon are the odd couple in this comedy about an inept police officer protecting the widow of a drug dealer. Expect Vergara’s trademark shouty comedy to consistently overrule any attempts by Witherspoon to land a joke. (5/8)

Pitch Perfect 2 — A surprise global hit first time around, the Barden Bellas are back, only this time the competition goes global. If the same chemistry, humor and toe-tapping mashups are in place for this sequel, we’ll happily dance to its beat. (5/15)

Tomorrowland — Inspired by the eponymous themed area of Disney’s parks, this film sends a teen (Britt Robertson) and a boy-genius inventor (George Clooney) to a world where anything is possible, but their actions have direct consequences on the world around them. No word on if you’ll need a FastPass to see the ending before everyone else. (5/22)

Spy — Melissa McCarthy is a deskbound CIA analyst who becomes an undercover agent. Expect fish-out-of-water comedy and McCarthy’s excellent comic timing, in a film that boasts both a decent cast and solid script. (5/22)

San Andreas — Hollywood continues to sate our perverse desire to see famous landmarks and cities torn to shreds. It’s California’s turn again, this time obliterated by a massive earthquake. Dwayne Johnson is here to do stuff with things and people, but really, you’re here for the CGI mayhem, not the story. (5/29) 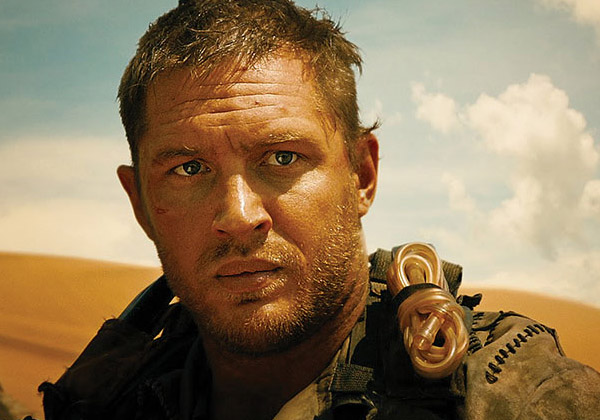 Jurassic World — Dinosaurs rampaging, humans screaming, destruction and death with an ultimately happy-ish ending. We know exactly what to expect, but that doesn’t make it any less enticing. (6/12)

Inside Out — Pixar’s bizarre new film takes us inside of its humans’ minds, as we meet the emotions who control their daily actions. There’s an all-star cast, including Amy Poehler, and an interesting premise, but can Pixar knock it out of the park again? (6/19)

Ted 2 — Seth MacFarlane’s anthropomorphic bear returns, this time fighting to be recognized as a person so he can have a child with his wife. Ted was a massive success, so there are big expectations riding on the sequel’s stuffed shoulders. (6/26)

Magic Mike XXL — Yes, the oiled and waxed muscle-fest is back for round two, with nary a chest hair nor premise for justifying its existence in sight. (7/5)

Ant-Man — Paul Rudd is very charming and very handsome. Wait, you need a premise? Oh, well it’s one of Marvel’s lamest superheroes (he’s super strong, but only when he shrinks to be super small) in his first film. (7/17)

Pan — Disney’s 1953 animated classic begat Spielberg’s live-action Hook which begat 2003’s live action Peter Pan, and now we have Pan, which stars Hugh Jackman as Hook in a tale we’ve seen so many times before. (7/17)

Trainwreck — No, this isn’t a Lohan documentary, but in fact the first film from Comedy Central’s Amy Schumer. One critic called her too “chubby” to star in Trainwreck, about a commitment-phobic workaholic who meets a man she wants to date (Bill Hader). Hopefully Schumer’s film will be successful, serving as a giant “F**k you” to that critic. (7/24)

Pixels — Adam Sandler’s latest mov– wait, Adam Sandler? Ugh, this is going to suuuuuuuuck. At least, that’s what we’d usually write. Surprisingly, Pixels looks to finally buck the trend of awful Sandler comedies. Its premise? A space probe sent by NASA carrying copies of videogame classics such as Pacman and Donkey Kong was misinterpreted by aliens as a declaration of war, causing them to send versions of the games’ characters back to earth to destroy humanity. Christopher Columbus’ film looks to be silly, CGI-heavy fun. (7/24)

Poltergeist — Sam Raimi’s remake of the ’80s horror pits a family against spirits who invade their home and kidnap their daughter. If anyone can outdo Tobe Hooper’s original, it’s Raimi. (7/24)

Fantastic Four — What do you do when your original series of films fails to meet expectations (and casts a lead actor as another superhero)? Reboot, of course. (8/7)

Ricki and the Flash — Diablo Cody (Juno) pens this tale of Ricki (Meryl Streep), who left her family to pursue dreams of becoming a rock star only to return home again to help her troubled daughter. (8/7)

Goosebumps — The much-loved children’s horror book series makes the jump to a comedy horror film. When a teen (Dylan Minnette) meets his new neighbor (Odeya Rush), he learns that her father is Goosebumps writer R.L. Stine (Jack Black), who keeps the monsters and ghosts from his tales locked within books. When the boy unwittingly lets the various creatures loose, the trio must work together to bring them back. (8/7)

The Man from U.N.C.L.E. — A CIA agent (Henry Cavill) and KGB operative (Armie Hammer) must work together in this 1960s action comedy to bring down a mysterious organization seeking to sell nuclear weapons. It a typically bombastic and enjoyable piece from director Guy Ritchie (yes, he still makes films). (8/14)

Straight Outta Compton — This biopic follows the rise and fall of N.W.A., who revolutionized hip hop music by putting into song the truths of their violently dangerous surroundings in Compton, California. (8/14)

Masterminds — Kristen Wiig, Jason Sudeikis and Owen Wilson star in a comedy based on the 1997 Loomis Fargo robbery — at the time, the largest cash robbery ever, which saw $17.3 million taken from a Loomis Fargo vault. Spoilers: they wind up in prison. (8/14)

Sinister 2 — When your original, entirely average horror film grosses 25 times its original budget, the only sensible thing to do is retire happy. Or make a sequel. (8/21)

Hitman: Agent 47 — Hitching yet another carriage to the reboot train, this film restarts a proposed franchise from 2007, based on the hit series of video games. This time, Rupert Friend stars as the genetically engineered Agent 47, an unstoppable killing machine, with Zachary Quinto as the man trying to end his rampage. (8/28)

Regression — Alejandro Amenábar (The Others) returns to the horror/thriller genre. The plot apparently involves the residents of a small Minnesota town who begin to remember suppressed memories of horrific abuse, with a local satanic cult blamed. Emma Watson and Ethan Hawke are both on board and we can’t wait to hear more details closer to release. (8/28)

Kitchen Sink — Humans, zombies and vampires in the same film? It’d be easy to yawn and ignore Kitchen Sink, but there’s actually an interesting horror comedy premise under the clichéd tropes. All three groups reside in the same town, and used to co-exist peacefully until something upsets the balance. Three teens (inexplicably including the mid-twenties Vanessa Hudgens and Ed Westwick) are tasked with reuniting the town. (9/4)

Triple 9 — The internet may just explode as Breaking Bad‘s Aaron Paul and The Walking Dead‘s Norman Reedus join forces with Kate Winslet and Woody Harrelson in this drama, as a group of corrupt police officers are blackmailed into pulling off an impossible heist. With eight main characters, things could get messy — but Paul and Reedus’ fan base alone should ensure cinema seats are filled. (9/11)