“This is a bit of a surprise,” marveled David Muse, artistic director of Studio Theatre, accepting the Helen Hayes Award for Outstanding Play during a ceremony held at the Lincoln Theatre Monday, April 6. His company’s 2014 production of Cock, Mike Bartlett’s drama about a gay man contemplating leaving his longtime same-sex partner for a woman, was an upset winner  in the crown-jewel category that also included Studio’s most successful production ever, Bad Jews. Cock also defeated Olney Theatre’s Colossal, about the struggles of a gay college football player. Still, Olney’s production took home four awards, including Outstanding Original new play or musical.

Technically, Cock was one of two works crowned Outstanding Play at the 31st annual awards ceremony, presented by Theatre Washington to honor works that opened in 2014. For the first time, the Helen Hayes honored two people or productions in most of its leading categories, nearly doubling the number of awards in a slightly confusing process. Essentially, there are “Hayes” nominees, including Cock, or productions distinguished by a higher ratio of Actors’ Equity members to non-union contractors, and then there are “Helen” nominees, with fewer union members, often associated with smaller or newer companies. Most significant among the smaller “Helen” companies was Theater Alliance, which won seven awards, more than any other company. (Kennedy Center was second best, with five.)

Alliance’s wins included 2014’s other Outstanding Play, The Wonderful World of Dissocia, and Langston Hughes’s Black Nativity, one of three Outstanding Musicals honored. The other two were the result of a tie in the Hayes category: Kennedy Center’s Side Show and Signature Theatre’s Sunday in the Park with George. Side Show also won for its ensemble and costume designer Paul Tazewell, while Sunday won for its director, Matthew Gardiner, and lead actress, Brynn O’Malley.

Other winning highlights at the 31st annual ceremony: Erin Weaver, who won for her supporting work in the musical Ordinary Days at Round House Theatre and Mother Courage and Her Children at Arena Stage; Sam Ludwig as lead Hayes actor in Olney’s How to Succeed in Business Without Really Trying; Barbara Walsh for her scarily good portrayal of the deranged fundamentalist mother in Studio Theatre’s 2ndStage Helen show Carrie: The Musical; Nanna Ingvarsson for her astounding performance in the one-woman tour-de-force The Amish Project, a Helen production from Rick Hammerly’s fledgling theater collective Factory 449; and e’marcus Harper-Short, honored for his musical direction of Theater Allance’s Black Nativity.

Check out our photos of the Helen Hayes Awards After Party 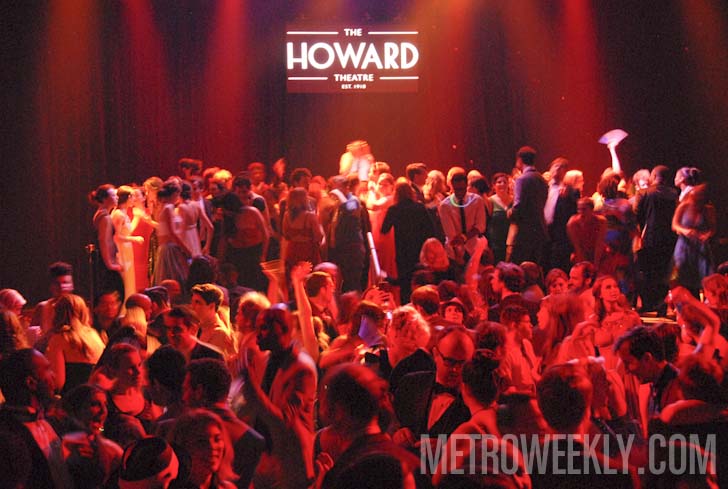