By John Riley on October 20, 2015 @JohnAndresRiley 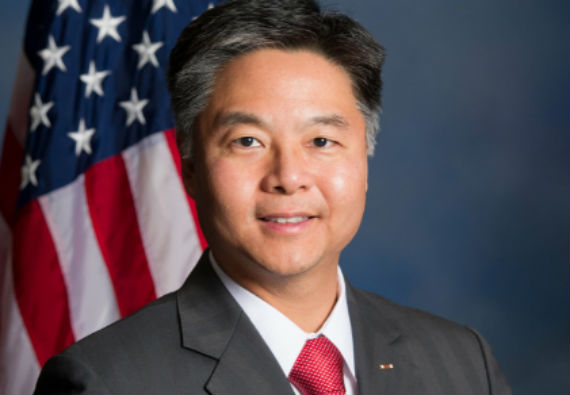 Whether you call it cookie-cutter politics or a paint-by-numbers approach to legislating, proponents of ending sexual orientation change efforts are offering up model legislation aimed at achieving their goal.

The sample legislation, released Tuesday by the National Center for Lesbian Rights and the Human Rights Campaign, seeks to provide guidance to state legislators who wish to prohibit licensed therapists or mental health practitioners from subjecting minors to conversion therapy, aimed at changing a person’s sexual orientation. Four states — California, New Jersey, Oregon and Illinois — and the District of Columbia currently prohibit such practices on individuals under the age of 18.

NCLR and HRC’s preferred legislative framework was introduced less than a week after the release of a report by the Substance Abuse and Mental Health Services Administration that consulted experts in child and adolescent mental health, eventually drawing the conclusion that conversion therapy is not considered an appropriate therapeutic approach to youth experiencing feelings of same-sex attraction or gender dysphoria.

The sample draws language from bills introduced in more than 20 states where such legislation has previously been introduced. It also mirrors provisions in the Therapeutic Fraud Prevention Act, a federal bill sponsored by U.S. Rep. Ted Lieu (D-Calif.), which would amend the Federal Trade Commission Act to classify for-profit conversion therapy, and its promises to change sexual orientation or gender identity, as “fraud.”

Sarah Warbelow, legal director for HRC, called the sample legislation important, saying it comes at a critical time in the fight for LGBT rights and calling conversion therapy “a junk pseudoscience that amounts to nothing more than child abuse.” Warbelow said her organization looks forward to working with local legislators to pass bills based on the model legislation.

By incorporating what are widely seen as “best practices” into the bill, NCLR and HRC are also giving states a push toward ending a practice that is widely panned by most, if not all, mainstream medical and mental health organizations as ineffective. NCLR hopes to prod states into introducing and passing such legislation. The organization’s goal is to ban conversion therapy for LGBT youth in all states by 2019.

In addition to prohibiting the practice on minors, the bill also provides optional language that can be used to define promises to change sexual orientation or gender identity as “fraud.” Other optional provisions include the expansion of prohibitions on conversion therapy to cover “vulnerable adults” as defined by individual states, and prohibitions on disbursing state funds to mental health practitioners, therapists or organizations that engage in the practice.

“This sample legislation is the culmination of two decades working to end conversion therapy, three years helping states take legislative steps to protect youth from these ineffective and harmful practices, and a truly exceptional coalition of legal experts from across the country,” Samantha Ames, a staff attorney for NCLR, said in a statement. “What has emerged from this extraordinary process is a bill that is both true to our shared values and legally airtight. Moving forward, we could not be more excited to work with state legislators and equality groups equipped with this powerful tool to end conversion therapy once and for all.”

John Riley is the local news reporter for Metro Weekly. He can be reached at jriley@metroweekly.com
← Previous Story Hillary Clinton: Most people my age had to evolve on marriage equality
Next Story → Westboro Baptist Church pickets Kim Davis