Act of Revolution: Reflecting on “Trans Week of Action”

D.C. wraps up the ongoing fight for transgender equality as part of Transgender Awareness Week 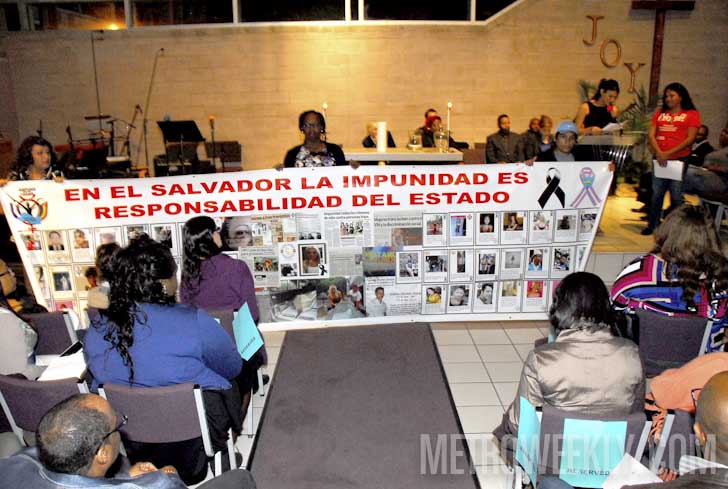 “Every breath that a trans person takes is an act of revolution. There is a target on the backs of our young people.”

Lourdes Ashley Hunter reiterates that “act of revolution” quote whenever she speaks at an event commemorating the lives of deceased transgender people. Her words ring true to many transgender individuals, especially this year, when 23 transgender people — mostly trans women of color — have been killed across the United States.

Whether it’s the gruesome murder of Elisha Walker, a transgender woman whose car had been set alight and her body abandoned in a shallow grave in Johnston County, N.C., or Tamara Dominguez of Kansas City, Mo., who was hit by an SUV and run over at least two more times before her attacker fled, the names and personal stories of the deceased weigh heavily on the transgender community.

Certainly so for Nona Conners, a 20-year-old transgender woman who was hospitalized in 2013 after being brutally stabbed by an acquaintance in Southeast Washington. Conners has said repeatedly that she often thinks of how close she could have come to being one of those whose names are read aloud at the annual Transgender Day of Remembrance. 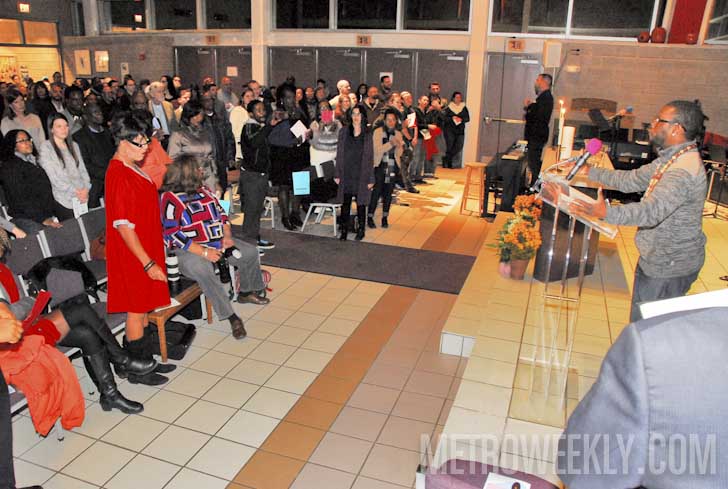 “I stand here today, honored, grateful and assuredly blessed,” Conners told the crowd assembled at Metropolitan Community Church on Friday evening, at Washington, D.C.’s Transgender Day of Remembrance, as she recounted her personal story. “I was attacked two years ago, and stabbed a total of 40-plus times. I don’t remember it, but here I am today…. I’m a survivor, not a victim.”

Several other transgender women provided testimony about their brushes with violence or discrimination throughout the evening, which was dedicated to the memories of transgender women internationally. Death tolls have so far reached 80 in Brazil and 32 in El Salvador alone. Locally, 13 transgender women have been killed in recent years, many of whose murders remain unsolved, including NaNa Boo Mack, Lashai Mclean, Stephanie Thomas and Ukea Davis.

“I don’t know how many times you’ve been stabbed and lived to tell the story,” Hunter told the audience after Conners’ speech. “Miss Nona Conners represents exactly what we need to hear today. We need to hear a wake-up call that there’s violence happening in our community, and this violence must end.”

The vigil served as a call to action that could not be ignored by the standing-room only crowd inside the church. Attendees pledged to fight the violence and discrimination that hold back members of the transgender community. But the activism was not limited to Friday night. Rather, the Day of Remembrance stood as the apex of Transgender Awareness Week, also known as “Trans Week of Action,” during which activists and their allies attempted to call attention to the problems faced by the marginalized community.

On a national level, several members of Congress announced the formation of a new Congressional Transgender Equality Task Force, whose aim will be to develop and introduce legislation to ensure transgender people have equal access and treatment under the law. On the same day the task force was announced, the Congressional LGBT Equality Caucus held the first-ever Congressional Forum on Violence Against the Transgender Community. The forum came one day after the FBI released its hate crime statistics for 2014, which showed that the number of bias-motivated crimes committed against people on the basis of gender identity had tripled from 2013 to 2014. It also followed a joint report put out by the Human Rights Campaign and the Trans People of Color Coalition that detailed the types of violence that have been directed against transgender people in recent years.

Throughout the country, activists held rallies aimed at highlighting the need to prevent further acts of violence against the community. In D.C. last Tuesday, DC Trans Power held a march from Mount Vernon Square to Union Station that temporarily shut down three major intersections of the city.

The following day, the D.C. chapter of the Translatina Coalition, in conjunction with members of DC Trans Power, held a second rally calling for an end to the detention and deportation of transgender immigrants — as well as the threats posed to them at detention centers, which have been well-documented by various LGBT organizations throughout the year. That demonstration got the attention of the press after one of the co-organizers of the rally, Jes Grobman, was arrested following a scuffle with a police officer.

“I believe we sent a message with our actions, and I believe we were heard,” says Alexa Rodriguez, co-director of the D.C. chapter of the Translatina Coalition. “We have the support of many organizations, and we are hoping more allies can come together and support our movement.”

Many noted at the Transgender Day of Remembrance vigil that only one of the 13 members of the D.C. Council — Councilmember David Grosso (I-At-Large) — was in attendance. “Besides signing a proclamation, they have got to come out and show visibility to show they really support us,” transgender activist Earline Budd said, chastising the absence of the 12 other members of the Council.

Mayor Muriel Bowser and MPD Chief Cathy Lanier were absent, but had sent representatives in their place. Still, citing statistics from the Trans Needs Assessment, many activists said it was not enough for symbolic gestures, such as a proclamation from the Council recognizing the Day of Remembrance.

Transgender activist Ruby Corado reflected on the progress that the transgender community has made in D.C. even while she urged people to resist complacency.

John Riley is the local news reporter for Metro Weekly. He can be reached at jriley@metroweekly.com
← Previous Story No Trans Need Apply
Next Story → Capital Pride Alliance pledges $1K to Rainbow History Project