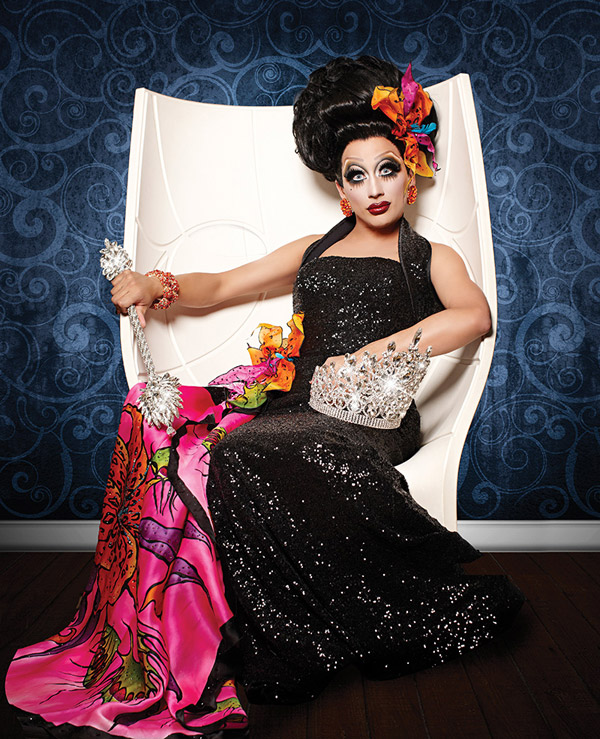 On February 24th, 2014, during the season six premiere of RuPaul’s Drag Race, the world met Bianca Del Rio. Ever since that moment, she’s been taking the world by storm. “It’s seriously been a whirlwind,” Del Rio says. “I’ve been running with the bulls ever since the show aired.”

Since claiming the Drag Race crown, Del Rio — Roy Haylock when out of drag — has shot a movie, toured her Rolodex of Hate comedy show, and even held a stand-up residency at Town Danceboutique. “I don’t really sit well,” Del Rio says. “I think you’ve got to give back to the world that’s been so good to you. So I just say yes to everything that comes my way.”

With her cutting wit and spectacular wigs, Del Rio’s success is clear — just check out the lines she brings to Town. And it isn’t only the typical Drag Race fans that have fallen under Del Rio’s spell, but people of all shapes, sizes, and sexual orientations. “When I was shooting the show, I knew people in New York would be watching,” she says. “But I had no idea that a majority of Drag Race’s audience is straight females. I also didn’t think of all of the countries that would be fascinated by it.”

What does she attribute her success to? “I’ve realized there are two types of people out there: people who love you because you were on TV, and people who actually find you entertaining,” Del Rio says. “I take every compliment along with every insult with a grain of salt.” But that doesn’t stop her from dishing out insults by the shakerful, and audiences can expect nothing less from Rolodex of Hate, which stops at the Lincoln Theatre this Saturday.

METRO WEEKLY: Are you excited to be coming to D.C. with the Rolodex of Hate Tour?

BIANCA DEL RIO: I am! It’s been a wild ride. We didn’t have a set schedule tour, because I was a “new talent.” But with each month, as we were doing well, we had more dates added. We’ve been doing it now since last November.

MW: You’ve taken a distinctly different turn in your career from other winners of RuPaul’s Drag Race by avoiding music. Why was that?

DEL RIO: I think everyone has their own paths. I mean no offense to any of the other girls when I say I won’t do an album. It’s not discrediting them, it’s just not my thing. I have vocal problems from using my voice horribly — yelling at people in filthy bars for many, many years as a drag performer. And at 40, I am not easily influenced by music videos or albums anymore.

MW: Was it a conscious choice to be different?

DEL RIO: It just wasn’t part of my plan. I’ve been doing Bianca now for 20 years. I know that I prefer live audiences — for me, to be doing my stand up in an actual theatre, it’s amazing. It just seemed like the most natural thing for me to do. Natural! [Laughs.] Me and the word natural never go together, but you know what I mean.

MW: What is it about live audiences that inspires you? 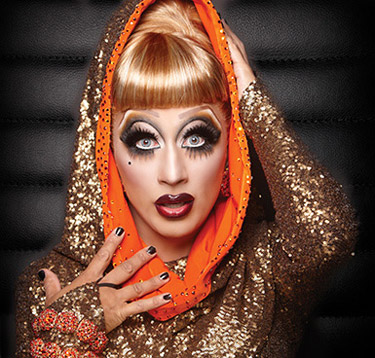 MW: You said you’ve been doing Bianca for twenty years now, what came first: Roy Haylock as a comedian or Bianca?

DEL RIO: I think it was a mixture of both. I always had a smart mouth. I’ve always been that person who would say the wrong thing at the wrong time. So I think the character was always there — I don’t think of Bianca as far different from who I am. There are certain drag performers that become a different person, but for me, it is an extension of me. It’s not that much of an act. It’s just my thoughts on life and myself in general. What I always try to explain to people is that I like jokes, I can take jokes, I can dish jokes, but the biggest joke is me. I’m a man in a wig. By no means am I trying to convince someone that I am some glamorous woman. It’s just the packaging lets you get away with murder.

“You never know what’s around the corner. I didn’t think I’d be doing drag for twenty years. I never sat down and thought I’m going to do this or I’m going to do that. Even when I was on the show, it was basically dealing with what was in front of me.”

MW: What do you draw on for inspiration?

DEL RIO: Joan Rivers and Don Rickles. It’s been interesting to see the reactions I get from people now, because everyone is so politically correct. It’s just so silly — everything is not so serious. I mean, hello! You’re watching a drag queen in a wig do stand up! It’s not that serious. You can lose yourself for an hour and a half.

My show is called Rolodex of Hate. It’s interesting to see how many people gravitate to it, because there is a lot of hate in the world now. Everyone’s telling everyone else what they should be doing, what they should be thinking. It’s just too much. Relax people.

MW: Especially with the advent of social media. Has that affected you or your comedy?

DEL RIO: Back in the day, I didn’t hate people as much because people had to walk up to you and say “I don’t like what you have to say.” Then, you could have a discussion about it. Now, they just see ten seconds of a clip of you that someone got on their phone and they think they’ve got you all figured out. 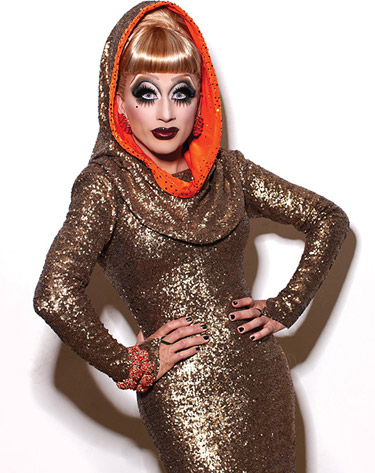 MW: A lot of the Drag Race contestants have been attacked on social media. Has that affected your performances or relationships?

DEL RIO: It’s part of the deal that I signed up for. I think being the age that I am has been helpful because I do have a little bit of life experience behind me. Ninety-nine percent of the things people will print or say in retaliation about me or my work, they would never say to my face. If you don’t get the joke, don’t blow up my page about it — go some place else. If it’s not your cup of tea, it’s not your cup of tea. By no means am I right all the time. If it just doesn’t work for you, it doesn’t work for you. I’m not opposed to people having an opinion. If someone’s not into me, good for you! I don’t care what you think of me behind your keyboard. Unless it’s funny — I’ll retweet it if it’s hysterical.

MW: How has your experience prepared you for success?

DEL RIO: I guess the one thing I learned is to always take a risk. Drag Race changed my life tremendously — I took it from one level to another, but I think, all of my other experiences prepared me for it. You never know what’s around the corner. I didn’t think I’d be doing drag for twenty years. I never sat down and thought I’m going to do this or I’m going to do that. Even when I was on the show, it was basically dealing with what was in front of me.

MW: You just wrapped filming on Hurricane Bianca. What was that experience like?

DEL RIO: It was amazing. My friend Matt Kugelman wrote the film — it’s not my movie, it’s not my inception. We had known each other for many years, he came to me with it way before Drag Race and I was flattered that someone thought highly enough of me to do something like this. So, we found a chunk of time this summer where I blocked out three weeks. When I had weekends off, I would fly to Amsterdam or England to do my show, and then I would fly back.

“I like jokes, I can take jokes, I can dish jokes, but the biggest joke is me. I’m a man in a wig. By no means am I trying to convince someone that I am some glamorous woman. It’s just the packaging lets you get away with murder.”

MW: Was that hard?

DEL RIO: I really didn’t have time to think. Everything happened so quickly, which usually works better for me. Some people lose their minds under the pressure or crack. I usually excel. I go, “Hey, I gotta do this, and we only have one take,” or “We only have a little bit of sunlight to do it this many times.”

MW: How do you find time to relax with all this going on?

DEL RIO: Well, I made a conscious choice not to relax. For me, relaxing is on stage. No matter what goes on in my life, I enjoy working. I’ll take some time off, and then after two days I’m ready to get back on the road.