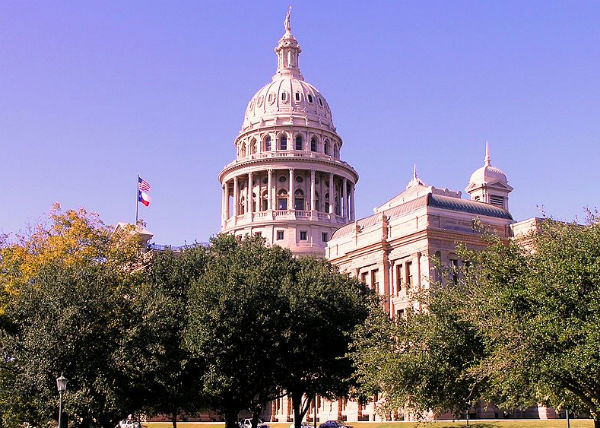 Just as the LGBT community and its allies are rebounding from the election, Texas is prepping for the next battle over LGBT rights.

Texas Republicans plan to file two 2017 bills targeting the LGBT community, reports The Austin Chronicle. The proposed bills mirror the two most controversial sections of North Carolina’s anti-LGBT HB 2 law — which is currently being challenged in two separate lawsuits by the U.S. Department of Justice and by transgender residents of North Carolina.

The first of the two bills, Senate bill 92, was introduced by Sen. Bob Hall (R-Edgewood). It would prevent a city, county or other political subdivision from passing or enforcing any nondiscrimination ordinances that extend protections to classes of people other than those currently recognized under Texas law.

Of course, this means that any LGBT-inclusive ordinance would be voided or effectively repealed, as LGBT people are not recognized as a protected class under the state’s current nondiscrimination laws.

The other bill, which has yet to be introduced, will be titled the “Women’s Privacy Act,” which would require transgender Texans to only use the restroom matching their biological sex at birth.

Lt. Gov. Dan Patrick has included the act as one of his top ten legislative priorities for the upcoming session, which begins on Jan. 10.

Despite the fact that North Carolina Gov. Pat McCrory appears to have lost his re-election bid, fueled in part by the economic backlash caused by HB 2, Texas has decided to follow the state’s lead.

In fact, Patrick has cited the overturn of Houston’s LGBT-inclusive HERO ordinance in 2015 as justification for next year’s actions, saying that what befell North Carolina will not occur in Texas.

To many on the political right, the “backlash” from corporate America has been exaggerated. Furthermore, they say, Texas’ business-friendly climate, with low taxes and start-up costs, will outweigh any company’s objections to an anti-LGBT law.

In short, money will trump any principles of inclusion when it comes to setting up or expanding in Texas.

“This is all-fear mongering,” Patrick told KERA-FM in May. “Part of that is you’re going to lose business. That’s what they said in Houston. Guess what? We had the Final Four, we have the Super Bowl coming and we have more business moving to Houston than most major cities in the United States. It is just nonsense.”

Texas Democrats said they would seek to fight against the anti-LGBT bills, as well as others dealing with the issue of abortion restrictions, during the upcoming session.

But they are nearly powerless to stop them, as a rule change introduced in 2015 only requires a three-fifths vote, or 19 members, of the 31-member Senate to bring a bill to the floor for debate.

Republicans currently control the chamber 20-11, and control the House of Representatives by a 95-55 margin.