Fighting Tyrants: Watch on the Rhine at Arena Stage (Review) 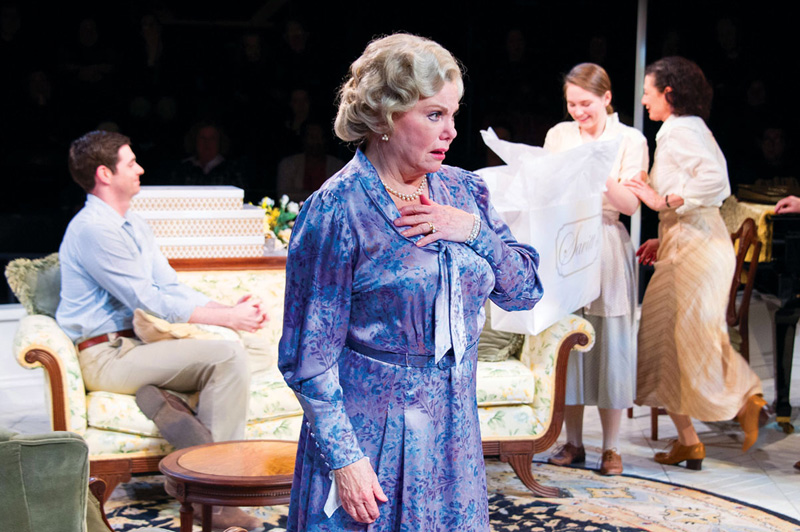 In our brave new world of tweet-bites, the word “refugee” has become synonymous with… well, just check your feed. You know the answer. But it wasn’t always so. Before the pile-driving campaigns branding refugees as either drains on society or terrorists, there was a time when the designation had a different kind of potency.

In Lillian Hellman’s Watch on the Rhine (

), it is 1940 and fascism is gripping Europe. As nations equivocate, there are some — many just ordinary citizens — who have seen the writing on the wall. At tremendous risk to themselves, their families and their friends, they have joined growing resistance movements, working to sabotage fascist operations and strongholds. But their lives are in constant danger and they must stay on the move. If they land in a sympathetic country, say, the United States, they may just need safe harbor.

As such, there is no doubt Watch on the Rhine puts a timely spin on the current debate. But as gratifying as it is to be reminded that refugees can sometimes be the world’s heroes (as well as innocent people unlucky enough to be born in the wrong place at the wrong time), the play offers few answers to today’s complicated questions. Hellman’s drama is centered on the moral quandaries and imperatives of World War II Europe, not the twenty-first century global dilemma of mass migration from war-torn regions and burgeoning terrorism.

In any event, all this thought-provocation doesn’t count for much if Rhine‘s story isn’t well told and, unfortunately, this production never quite delivers. To be fair, some of the problem rests with Hellman’s decision to switch genres midstream. Although the play begins with the drawing-room comedy life of matriarch Fanny Farrelly (Marsha Mason) in the Washington D.C. suburbs, the mood turns permanently somber with the arrival of her daughter Sara (Lise Bruneauand) her young family after a 20-year absence. Gone — but not forgotten — are the edicts, quips and amusing family dynamics, and it’s incongruous.

It’s also a shame, since Mason delivers a charismatic and convincing Fanny and there is promise here of so much more. Her chemistry with servants Anise and Joseph, played with understated humor by Helen Hedman and Addison Switzer, offers much charm and a soft-touch on her obvious co-dependence. But it all seems like something of a red herring once drama takes hold of the house.

The switch also puts a true burden on the characters who must convince us of the new mood: Sara’s obviously troubled husband Kurt Muller (Andrew Long) and Fanny’s long-term house-guest, the impecunious Romanian count, Teck De Brancovis (J Anthony Crane). Tension arises with the count’s immediate suspicion of Muller, a German hailing from a mysterious existence in Europe. A series of confrontations between the two men leads to enormous revelations about both. Yet, despite plenty of energy, neither character is convincing enough to create any real danger, pathos, or all that much interest. 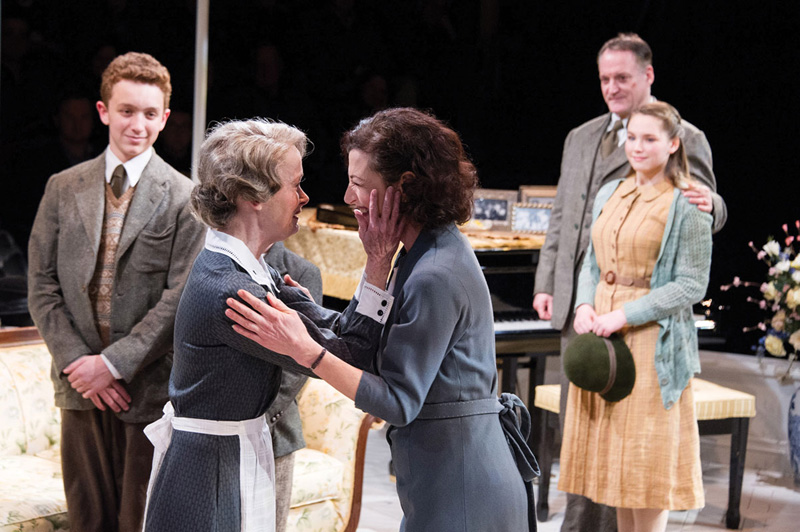 As the count, Crane is more old-fashioned movie villain than three-dimensional character and, at times, is only missing the handle-bar mustache to twirl. There is no real menace, no sense of the man behind the soullessness of his actions. And although Long is heavily invested in the high-tension role of Kurt, he just doesn’t give it range. He yells and glowers and looks appropriately tortured, but there is no true nuance to the portrayal. Matters aren’t helped by a distractingly uneven German accent. Without more chemistry from and between Brancovis and Muller, the wind never takes the sails of the denouement.

As Sara, Bruneau ticks every box, but also fails to move. She is written as the perfect wife, almost absurdly virtuous and self-sacrificing — and this is the challenge. More could and should have been offered besides the sad smiles, brave resignation and a single instant of emotional pain.

If these core roles never quite take off, some smaller moments do. Natalia Payne is stellar as Marthe De Brancovis, the count’s disaffected wife, delivering a fabulous cocktail of expressions — one minute haunted, the next defiant — as we discover the true nature of her relationship with the count and her heart’s desires. She is also one of the only actors here who delivers her Hellman with convincing cadence. As Fanny’s son David, Thomas Keegan’s role also fades to gray after Sara arrives. But he works hard to inject David with a quiet realism and ends up being memorable, even if there is no detectable frisson with Marthe.

Finally, kudos must be given to the three young people playing the Muller children. Ethan Miller convincingly combines Joshua’s mix of uncertainty and determination, while Tyler Bowman carries off his young Bodo with charisma and ease. Lucy Breedlove gives her Babette an extraordinarily sweet countenance and it is her charmingly played quiet expressiveness that delivers perhaps the only pathos in the production — she is the gentle love and innocence Kurt must leave behind.

While this production is not quite a mastery of Hellman’s challenging structure, there are at least two reasons to see it. It’s a reminder that the next refugee in line may have risked his or her life to champion the values we share. And it is a reminder that great play writing will always trump a tweet.