Home / Arts + Entertainment / Stage / Review: “Or,” at Round House is a funny, well-acted farce

Review: “Or,” at Round House is a funny, well-acted farce 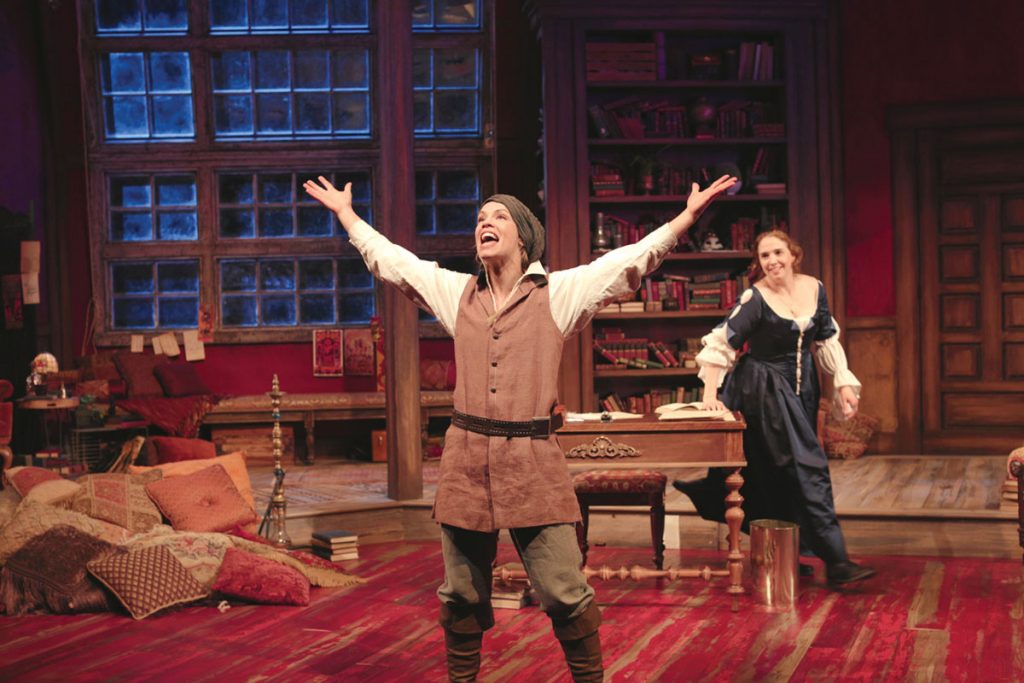 Round House has stocked its stable with a trio of thoroughbred stage performers for a new production of Liz Duffy Adams’ madcap comedy Or, (★★★). A ribald chronicle of one eventful night in the life of bisexual female Restoration Era poet and playwright Aphra Behn, the bawdy period farce is hauled at breakneck speed by Holly Twyford, Gregory Linington, and Erin Weaver, who summon a collective rhythm and effervescence that is beautiful to behold.

Director Aaron Posner puts his cast through split-second exits and entrances and Houdini-level quick-changes, all performed with enough generous enthusiasm to warmly include the audience in the actors’ roundelay of doffed wigs and hastily switched accents. As with any good farce, Or, coaxes complicity from the crowd to keep the tempo bubbling along for all the political intrigue and sexual antics that occupy the six characters tromping in and out of Behn’s apartment.

But when the narrative pace flags, the energy sharply sags. Whiplash shifts, marked by over-expressive lighting, maneuver the action from the door-slamming frivolity of Behn entertaining three secret lovers, to quietly contemplative moments trying to reconcile her past as a royal spy and her desired future as a royal bard.

Twyford excels in essaying both moods, and all the shades in between, of an artist driven by a thirst for glory and freedoms — like financial independence, not easily possessed by a woman in her era. But the play strains to cover the emotional and atmospheric distance between the higher-energy shenanigans and the lower-ebb drama. Behn has better luck juggling her many lovers.

And, as juggling goes, Twyford’s costars, Linington and Weaver, each perform splendidly, shuttling between no less than three characters apiece — from England’s formerly exiled King Charles II to a quick-thinking housemaid to Nell Gwynne, one of the most celebrated actresses of her age. They execute the farce’s required physical business with finesse, and Weaver especially has an infectiously good time with the broadly humorous characterizations of Behn’s maid Maria and the amusingly self-important Lady Davenant, a potential sponsor for Behn’s plays. 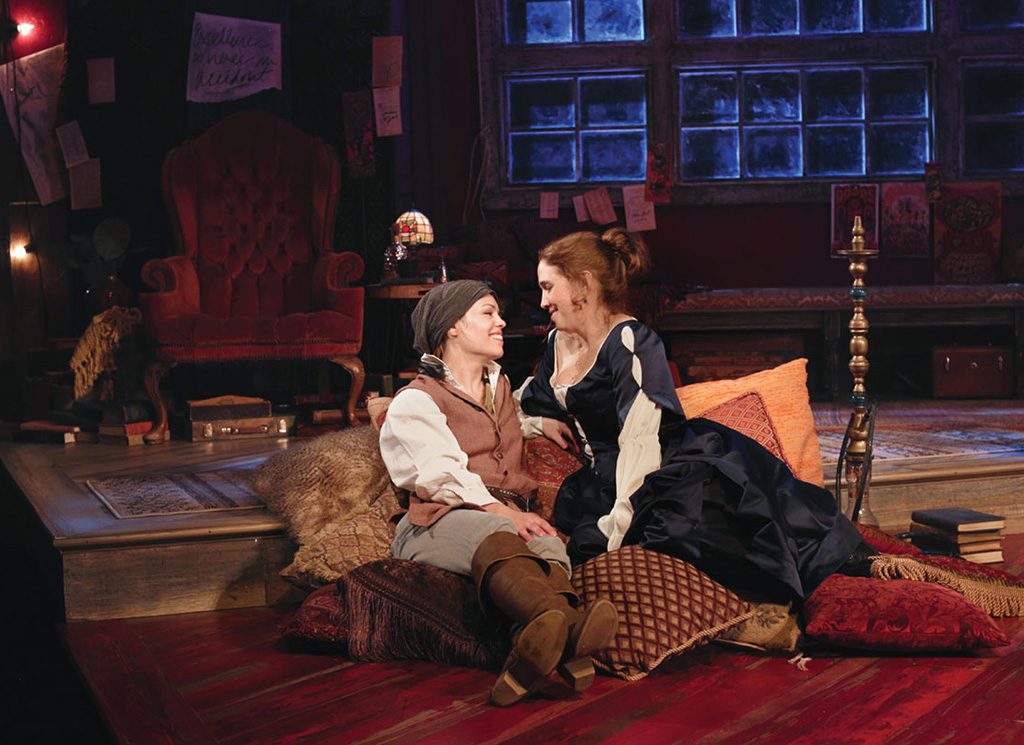 The play’s wit, not always rapier sharp, at least is delivered with a wink and a nudge that compensates for the hit-or-miss quality of the wordplay. Adams’ characters unload torrents of salty language and glaring anachronisms, like “It Girl,” with all the self-conscious shock value of a “cool mom” who gets her jollies by talking a wee bit naughty. Her command of the language of Behn’s poetry and inner life rings truer, with Twyford poignantly animating Behn’s insights.

“As a nation under a tyrant, a woman in love,” Behn laments, uncertain of whether she does actually love any of her suitors. Of her passion for free, artful expression, she not is only certain, but determined to see it gain her security in life. She might no longer be a spy, but aren’t writers like spies, gathering secrets to later ruthlessly exploit? It’s spying (and sex), as much as her writing, that gained Behn favor with the king.

So is Aphra Behn an agent of espionage or a poet, a free thinker or a kept woman, the king’s lover or his whore? This funny, well-acted production wrestles compellingly with Behn’s, or any person’s, capacity to contain multitudes of opposite traits. For better or worse, Or, also illustrates that very concept, swinging between buoyantly arch comedy and darkly philosophical drama. The effect is exhilarating or disjointed. Or both.

André Hereford covers arts and entertainment for Metro Weekly. He can be reached at ahereford@metroweekly.com. Follow him on Twitter at @here4andre.
← Previous Story Russian’s Maly Drama Theatre performs “Three Sisters” at the Kennedy Center
Next Story → Review: Smart People at Arena Stage