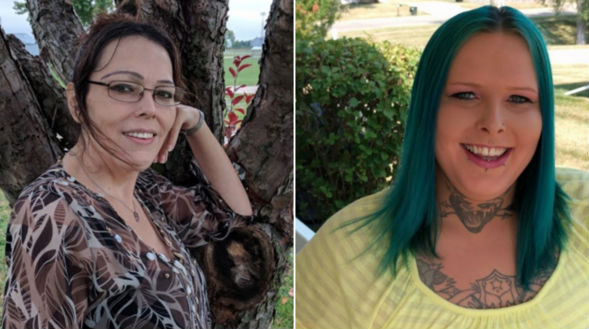 An Iowa court has determined that the state’s ban on Medicaid coverage for medically necessary surgical care for transgender residents is unconstitutional.

Chief District Judge Arthur E. Gamble of the Des Moines-based Fifth Judicial District of Iowa found that the Iowa Department of Human Services’ ban on surgical coverage violates both the Iowa Civil Rights Act and the state’s constitution. In his opinion, Gamble ordered DHS to immediately approve the women’s request for pre-approval of coverage under Medicaid.

Both women, Carol Ann Beal, 42, of northwest Iowa, and EerieAnna Good, 27, of the Quad Cities, have been diagnosed with gender dysphoria and legally changed their names, and had their birth certificates, driver’s licenses, and Social Security cards changed to reflect their correct names and gender identity. Both women also began hormone therapy, and were advised by their doctors to pursue surgery for treatment of their gender dysphoria.

Iowa’s DHS office rejected both women’s requests for coverage, citing the ban. Afterwards, the women enlisted the help of the American Civil Liberties Union and ACLU of Iowa, and sued, arguing that the ban was unconstitutional.

Lawyers from the ACLU and ACLU of Iowa pointed out that Medicaid otherwise provides coverage for medically necessary surgeries utilized by transgender people, that would normally be covered had the individual in question been cisgender. Gamble echoed this in his opinion.

“DHS does not explain why the medical necessity of requests for sex reassignment surgeries could not simply be evaluated under the same criteria as other requested surgeries or treatment of non-transgender individuals,” he writes. “Petitioners have provided clear medical documentation outlining the medical necessity of their requested procedures. Thus, the Court sees no reason why DHS and the MCOs need an additional and indefinite period of time to develop new and separate criteria for evaluating requests by transgender individuals as opposed to simply applying the existing criteria.”

“Today’s decision is historic for civil rights in Iowa, because it recognizes for the first time in a court decision what we’ve long known, that transgender Iowans are protected by the Iowa Constitution’s guarantee of equal protection, as well as by the Iowa Civil Rights Act,” Rita Bettis, the legal director of the ACLU of Iowa, said in a statement.

“We are so relieved for our brave clients that they can finally get the gender confirming surgical care that all their doctors agree is medically necessary for them,” Bettis added. “We are honored to represent them in their long journey for themselves and for all other transgender Iowans to be treated equally and
fairly under the law.”

In 2014, the U.S. Department of Health and Human Services invalidated its ban on Medicare coverage for surgery and other transition-related care. Since then, several states have begun eliminating their state Medicaid bans on transition-related surgery, and individuals in other states, including Minnesota and Wisconsin, have sued their state health departments to eliminate the Medicaid exclusion.

“The court has brought Iowa in line with the current understanding of the critical needs for transgender people,” John A. Knight, a senior staff attorney with the national ACLU, said in a statement. “By recognizing and rejecting the historic discrimination faced by transgender people, the court is opening the door to the life-saving medical care and necessary gender-affirming treatment that transgender people are too often denied.”

The court found that when the Medicaid ban was first implemented more than two decades ago, much less was known about gender dysphoria, and gender identity was not protected under the Iowa Civil Rights Act. Gender identity (as well as sexual orientation) has since been added as a protected class, and the Iowa Constitution guarantees equal protection for all Iowa residents, regardless of characteristics that are covered in the Civil Rights Act. Therefore, the court had no choice but to find the ban unconstitutional.

“We are thrilled that our state’s unconstitutional ban on transition-related surgical care has been struck down,” Daniel Hoffman Zinnel, the executive director of LGBTQ rights organization One Iowa, said in a statement. “Through our work with transgender Iowans, we have seen firsthand how powerful, life-changing, and absolutely essential gender-affirming surgery can be for transgender people grappling with gender dysphoria. This decision will, quite literally, save lives.”

“This has been a long time coming,” Beal said in a statement. “I’m so glad I can get the care I need, and I’m glad that other Iowans can now get the same care. Transition-related care is a medical issue, plain and simple. It’s like any other surgery that a doctor would recommend for you or a family member. Public or private insurance would pay for it, and you’d just do it and move ahead with your life.

“I look forward to the day when someone fighting to get the transition-related medical care they need isn’t in the news because they had to go to court to fight for it. But I’m doing it because someone needs to be the trailblazer here,” she added. “I want to make it easier for the younger people who need this surgery, so they don’t have to go through the struggles I have had to go through.”

You may also be interested in: Iowa trans man will get surgery, but Medicaid ban on surgery remains

John Riley is the local news reporter for Metro Weekly. He can be reached at jriley@metroweekly.com
← Previous Story CrossFit fires executive who called celebrating Pride a “sin”
Next Story → Arizona Court of Appeals rules against calligrapher asking to turn away gay couples