Amandla Stenberg: It’s “strange” to be gay in the “very straight confines of Hollywood” 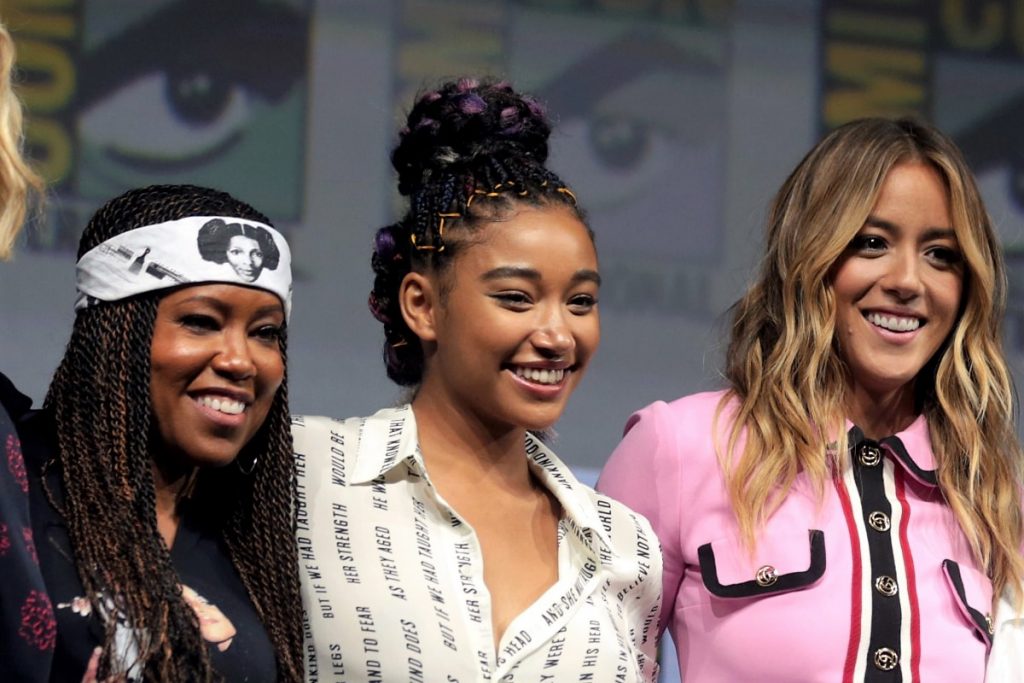 Amandla Stenberg has given a powerful speech on how it feels to be a gay artist navigating the “very straight confines of Hollywood” while accepting an award from the Human Rights Campaign.

Stenberg, who rose to fame in The Hunger Games and drew critical acclaim in last year’s The Hate U Give, was given the Visibility Award at the HRC’s New York gala on February 2, Pink News reports.

The 20-year-old, who uses they/them pronouns and came out as gay in June last year, has become a passionate LGBTQ rights campaigner.

“I must be pretty darn blessed if I can stand up here and accept an award just for being me,” Stenberg said.

They continued: “It can definitely be strange to be vulnerable in matters of personal identity when you’re navigating it in a public manner, specifically within the very straight confines of Hollywood. I’m super thankful of the recognition of that challenge, but I also know there are so many others who do not have the support that I do and are not receiving any awards for being out and proud. I dedicate this award to those people.”

Stenberg also said that having more gay, black role models growing up would have helped the actor feel more comfortable with their sexuality from an earlier age.

“Had I had more representations of black gay women growing up, I probably would have come to conclusions around my sexuality earlier, because I would have had more conceptions of what is possible, and okay,” Stenberg said.

They added that the “weight of the award” made them recognize “just what visibility means.”

“I have a lot of work to do exhibiting what it means to be visibly queer and proud,” Stenberg continued. “I want to aid in the celebration of us, outside the context of pain, outside the way media very often intentionally postulates us. Although same and tragedy may be a facet of our experiences, I do not feel like this is a totality of who we are or how I experience being gay.”

The Hate U Give star said that “unlearning internalized homophobia” was a “continual process,” one Stenberg said “can be really difficult.”

“But one of the biggest blessings to me lies in the magic that comes from having to understand love outside the confines of learned heterosexual roles,” Stenberg said. “To me, it is the power to reveal the ethereal love that exists within us underneath socialisation. I’m happy to unravel the long web of denial and self-deprivation that I have been experiencing. I’m grateful how the queer community has accepted me with open arms and taught me how to walk unapologetically in my truth.”

Stenberg came out as gay in 2018 in an interview with Wonderland magazine, after previously coming out as bisexual in 2016.

“I’m grateful for how being gay has afforded me this ability to experience and understand love and sex, and therefore life, in an expansive and infinite way,” Stenberg said.

Much like in their HRC speech, Stenberg touched on exploring love outside of heteronormative confines.

“Once I was able to rid myself of those parameters, I found myself in a deep well of unbounded and untouchable love free from the dominion of patriarchy,” Stenberg told Wonderland. “My sexuality is not a byproduct of my past experiences with men, who I have loved, but rather a part of myself I was born with and love deeply.”

And in 2017, Stenberg discussed using they/them pronouns, after first announcing their identity in 2016. Speaking with People, Stenberg said “[Gender] can be pretty much whatever you want it to be. I tend to believe that gender as we’ve set it up in current-day society doesn’t actually exist.”

Stenberg continued: “I’ve said before that I’m comfortable with using the pronouns ‘they’ or ‘them’ alongside ‘she’ and ‘her’ just because that’s a conversation that’s important to me. I don’t necessarily always prescribe to female pronouns just because I don’t think that pronouns are necessarily very meaningful.”