Sir Ian McKellen is “waiting” for #MeToo accusation against him

McKellen was asked about allegations against Bryan Singer and Kevin Spacey

Sir Ian McKellen says he is “waiting for someone to accuse” him of sexual misconduct in the wake of allegations against director Bryan Singer and actor Kevin Spacey.

McKellen made the comments during an interview with British broadcaster Evan Davis for National Student Pride 2019.

Asked about allegations of sexual conduct and sexual assault against both Singer and Spacey, McKellen responded: “Well frankly, I’m waiting for someone to accuse me of something, and me wondering whether they’re not telling the truth and me having forgotten.”

Singer currently faces multiple accusations of sexual misconduct with teenage and underage boys, while Spacey was fired from Netflix show House of Cards over allegations against him and in December last year was charged with sexually abusing journalist Heather Unruh’s son.

Speaking at the University of Westminster in London, McKellen pointed to both Singer and Spacey being “in the closet” as reason for why they may have committed the alleged assaults.

“With the couple of names you’ve mentioned, people I’ve worked with, both of them were in the closet,” he said. “And hence all their problems as people and their relationships with other people, if they had been able to be open about themselves and their desires, they wouldn’t have started abusing people in the way they’ve been accused.”

McKellen then said it was “up to the public” as to whether Spacey and Singer — who directed McKellen in several X-Men films — should be allowed to work again.

“Whether they should be forced to stop working, that’s debatable,” he said. “I rather think that’s up to the public. Do you want to see someone who has been accused of something that you don’t approve of again? If the answer’s no, then you won’t buy a ticket, you won’t turn on the television. But there may be others for who that’s not a consideration. And it’s difficult to be exactly black and white.”

Watch the full interview with McKellen below:

Singer in particular is back in the news after his film Bohemian Rhapsody took home four Oscars at Sunday’s Academy Awards.

The director — who was fired from the set shortly before filming wrapped, and replaced by Dexter Fletcher — didn’t feature in any of the acceptance speeches for Rhapsody given during the ceremony.

Instead, star Rami Malek — who took home Best Actor — used the opportunity to celebrate Freddie Mercury and his own status as a first-generation immigrant.

“We made a film about a gay man, an immigrant, who lived his life just unapologetically himself,” he said. “The fact that I’m celebrating him and this story with you tonight is proof that we’re longing for stories like this.”

Rhapsody‘s success came after it was removed from consideration at the 2019 GLAAD Media Awards.

The LGBTQ media organization said that they had decided to revoke a nomination for Outstanding Film — Wide Release specifically because of the allegations against Singer.

“Bohemian Rhapsody brought the story of LGBTQ icon Freddie Mercury to audiences around the world, many of whom never saw an out and proud lead character in a film or saw the impact of HIV and AIDS in fair and accurate ways,” GLAAD said in a statement. “The impact of the film is undeniable. We believe, however, that we must send a clear and unequivocal message to LGBTQ youth and all survivors of sexual assault that GLAAD and our community will stand with survivors and will not be silent when it comes to protecting them from those who would do them harm.”

Two-night event brings people together to "cherish unity and community 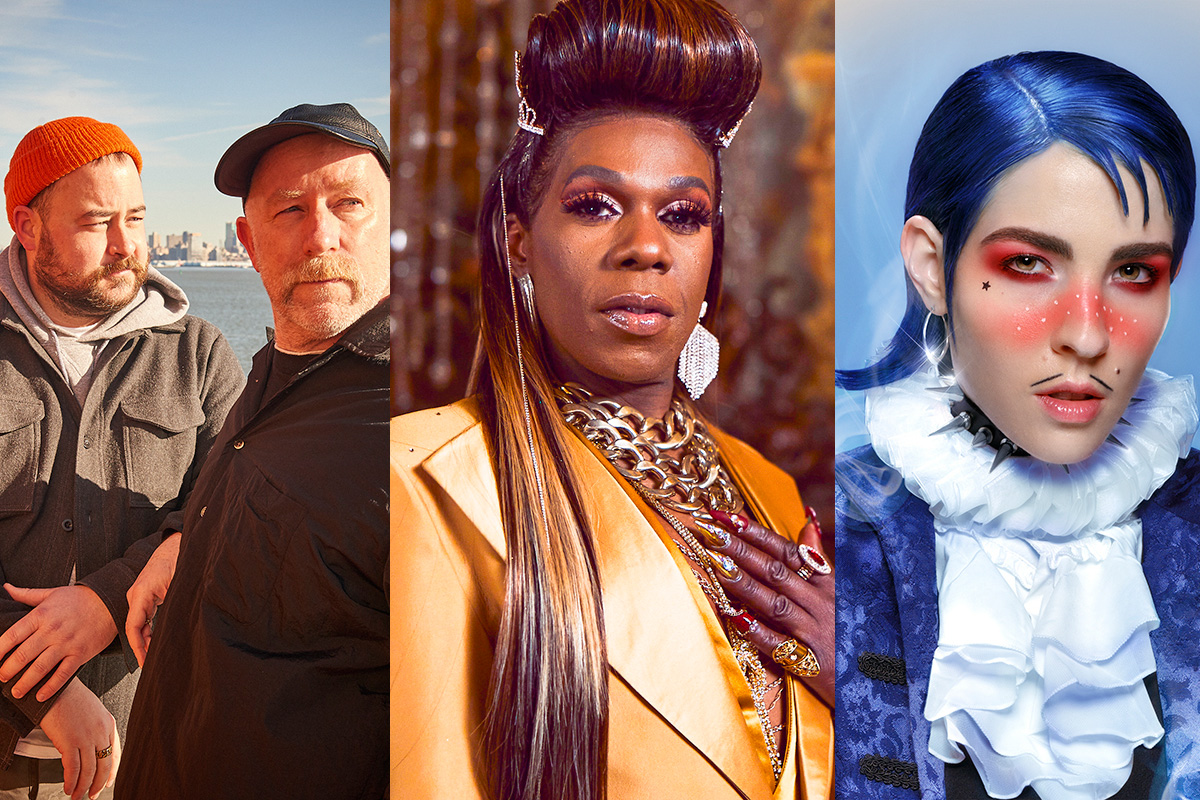 Big Freedia and LP will headline a virtual Pride celebration the last weekend in June presented by DreamStage, the livestream platform co-launched last August by former Sony Music head and Vevo co-creator Thomas Hesse. The aim of the two-night to-do is to bring people together from across the globe "to cherish unity and community."

An official announcement quotes Big Freedia as saying, "It's important for us to celebrate who we are every day, but the fact that each June we stop and honor the LGBTQ community is another example of how far we have come as a country. But until we are all safe from discrimination and violence, there will be a need to Pride." Adds LP: "Pride changes lives and reminds us of the importance of community."