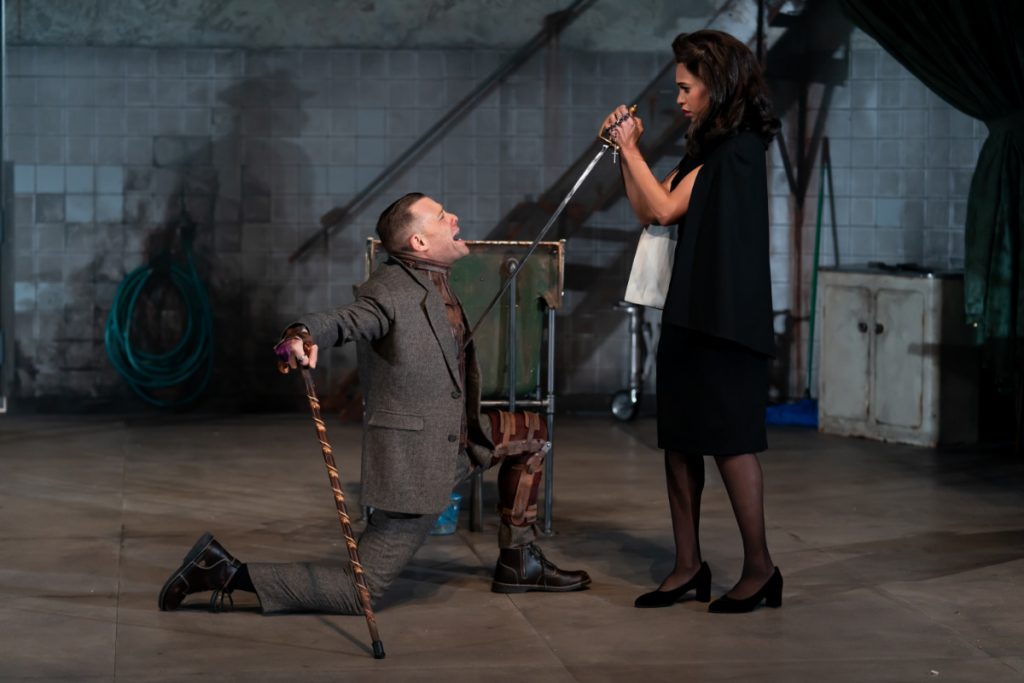 Arriving by way of industrial chic with a strong whiff of American Horror Story’s sense of the macabre, the Shakespeare Theatre Company’s Richard the Third (★★★★★) joins last season’s Hamlet in delivering the Bard through an unflinchingly modern lens. And as with Hamlet, it is fantastically devious.

You are embraced, enthralled, and absorbed almost before you realize it’s coming via the complex music of Elizabethan English. Bring your jaded other half, your theater-resistant teen, your adventurous granny — this is fun, original, and delightfully nasty.

Setting the tone is Matthew Rauch’s Richard, played with an effectively grim parade of masks, donned to manipulate a court he loathes. Rauch gives Richard something reptilian in his frozen, observant postures and wide, contemptuous eye, and it works exceedingly well. Could his opening monologue have been in a lower, more bitter key, giving us something more of this man’s emotional backstory? Sure. But it’s more than made up for later in his relentless appetite for murder and ascension, which brings the energy and continuity the play needs. And Rauch savors the language, reveling in its power to deliver this man’s disgust with the world and, ultimately, himself.

That said, if there is a flaw for the discerning, it’s that there is a slight lack of female emotional power in this production (save for one performance, but more on that later). With a plot centered around Richard ripping through the court, killing husbands, fathers, and children to gain an uncontested crown, the anger and drive behind such systematic carnage must be matched by the horror and despair it wreaks. Without credible reaction, it will all teeter on the mundane, or worse, the silly. Shakespeare gives this balancing power to Lady Anne (Richard’s reluctant wife), the Duchess of York (his mother), and Queen Elizabeth (whose sons he has killed). Each must convince and give context in her own way and, at least in this production, all three fall somewhat short.

Perhaps the most challenging of these roles is Lady Anne, newly widowed after the murder of husband Edward. In the space of single conversation, Richard not only confesses to the murder, but — defying all reason — convinces her to marry him. It’s a tall emotional order and Cara Ricketts brings so much fire and brimstone, her about-face is just too hard to believe. On the other end of the spectrum is Robynn Rodriguez’s Queen Elizabeth, who, though beautifully regal and offering a velveteen delivery, feels lukewarm in the face of her tragedies. Her beautiful boys have been slaughtered — where is the bowl-born agony? How can we thrill to the horror of this Richard without such powerful nerves being touched? Indeed, Rodriguez only seems to come credibly alive at the end, when she suddenly activates to protect her daughter from Richard’s dreadful gaze. Finally, there is Sandra Shipley’s Duchess of York, mother to the monster. Though quite majestic (especially thanks to the lovely costuming by Murell Horton), we get no sense that this woman has raised Richard, nor that she has watched him evolve into a power-grasping murderer. Her final denunciation feels more like a rousing speech than the heartrending disavowal of a conflicted mother. 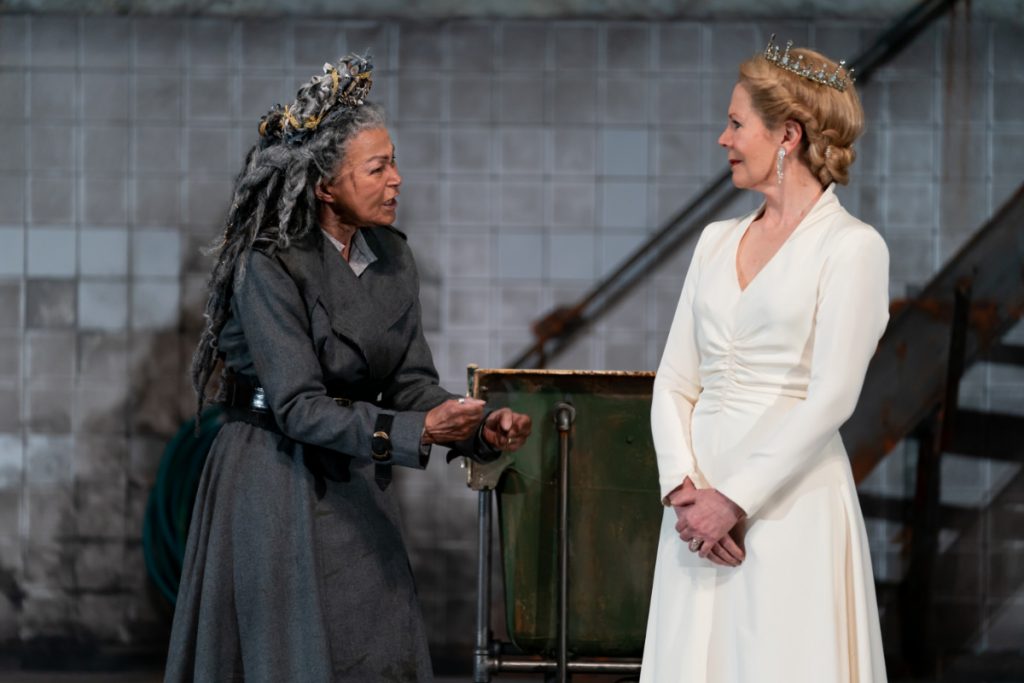 Still, there is one woman who virtually steals the night and truly delivers the goods. Appearing in the gallery like a strange witch, Lizan Mitchell’s Margaret, the former queen, is almost otherworldly. She creeps along, strangely silent and watching until she is suddenly in full, spectacular voice, delivering her condemnation and prophecy with showstopping rage and power. If this performance doesn’t make the hairs on the back of your neck stand up, nothing will.

If Mitchell finally brings the emotive churn, the story itself is strongly carried by Richard’s confidantes, who do an excellent job of showing how their loyalty to Richard goes from eager to fearful. Particularly convincing are Derrick Lee Weeden as a nicely-dimensional Lord Hastings and the always exciting Cody Nickell as the ill-fated George (and later as Tyrell). John Keabler is a capable Catesby, looking increasingly mournful, while Christopher Michael McFarland offers presence as the Duke of Buckingham, if no real color. In smaller roles, mention must be made of David Bishins whose King Edward IV is delivered with a beautifully-crafted emotional and physical frailty, and a quietly charismatic Sam Midwood as Lord Lovel, who seems in need of a bigger part. Finally, Evelyn Spahr brings genuine warmth and charisma to her Earl of Richmond. 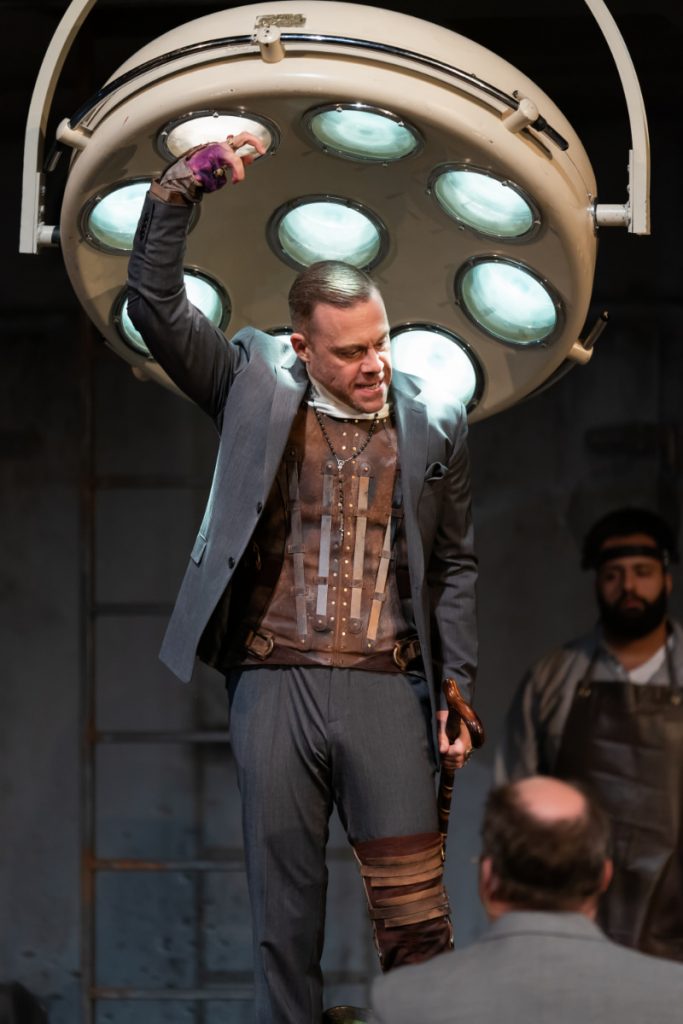 With a big cast and lots of opportunities for younger actors to take a line, there is a lot going on, and director David Muse does an excellent job of keeping the cohesion and the pacing taut. His choice to add an aural tapestry of sound, such as sharpening knives and sticks, sometimes works, while his use of the ensemble to create rhythmically, tribal crescendos as the tension mounts, always does. Kudos to scenic designer Debra Booth for her grimy space and more for Lindsay Jones’ cleverly apropos metal music.

This is Shakespeare at his most accessible yet uncompromised, murderous mayhem bound to utter beauty. What better diversion from our own winter of discontent?

Check for discount tickets to see Richard the Third 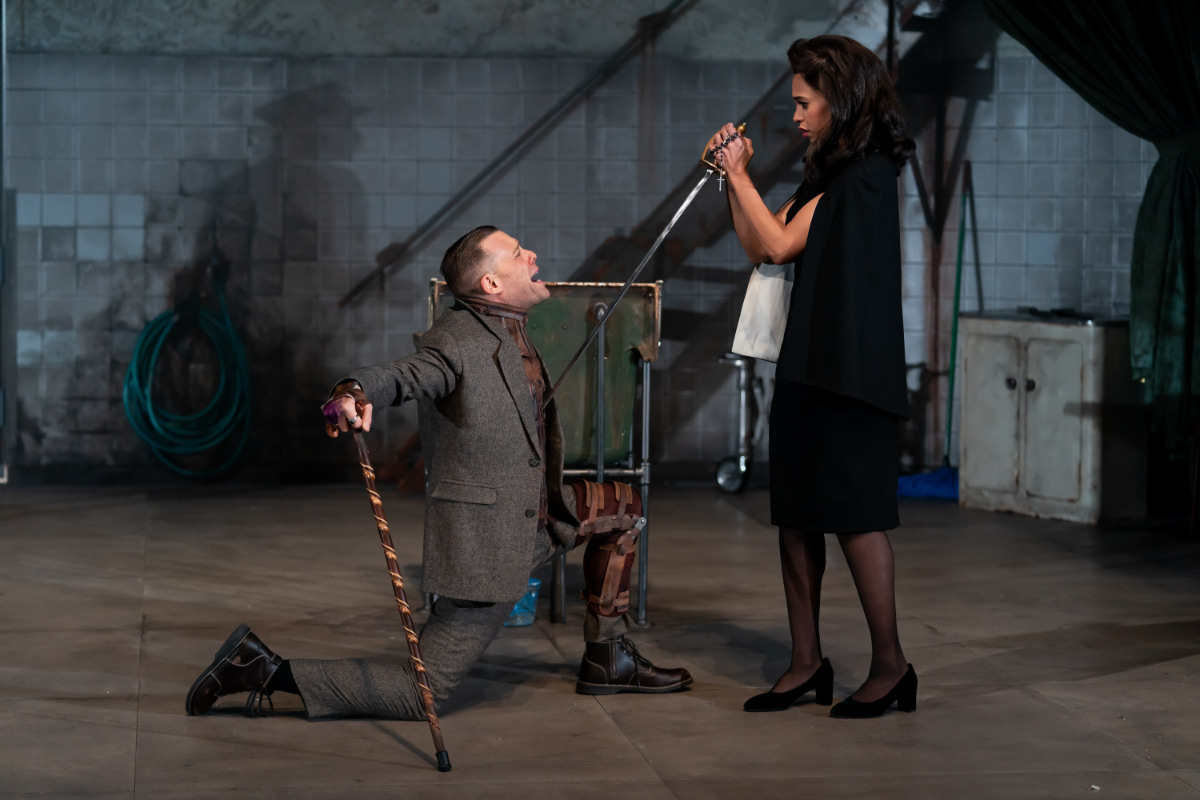