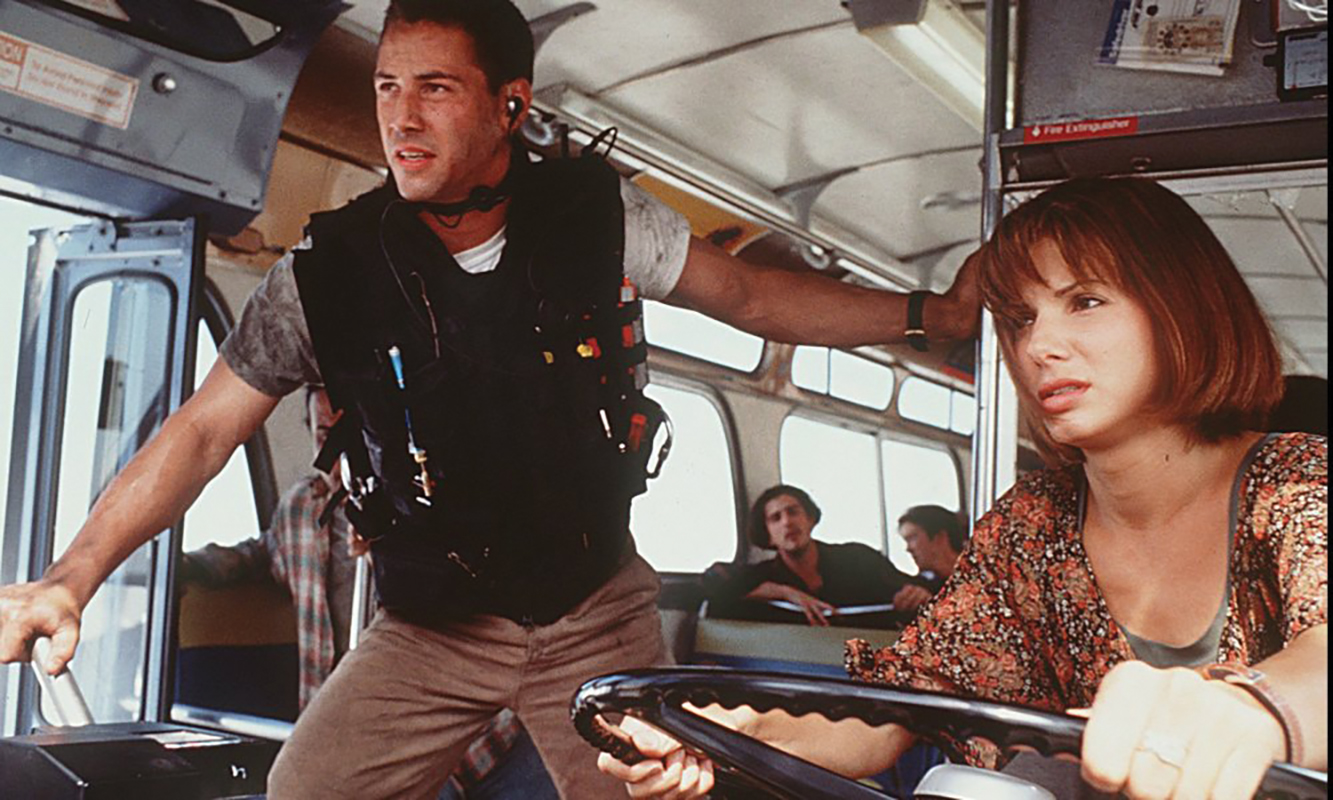 “We couldn’t help ourselves, Keanu Reeves is everywhere this summer and we wanted more: Meathead, heartthrob, action star, defender of puppies.” Thus sayeth the Smithsonian Theaters. So this weekend, the National Museum of American History’s Warner Bros. Theater serves up a marathon of Keanu, which fans can take in while enjoying their favorite brews from D.C.’s 3 Stars, Bluejack, Old Ox, Red Bear, and Right Proper. The lineup kicks off Friday, July 12, at 7 p.m., with the cult classic Bill and Ted’s Excellent Adventure, and continues Saturday, July 13 with Speed at 2:45 p.m. A Scanner Darkly, in which Reeves plays a narcotics cop in the near future who becomes an addict when he goes undercover, follows at 5 p.m., and the (abysmal) Point Break screens at 6:45 p.m. The best is saved for Sunday, July 14: John Wick at 4:30 p.m. and John Wick: Chapter 2 at 6:50 p.m. The museum is at 1300 Constitution Ave. NW. Tickets, which include beer tasting tickets, are $10 per film plus $3.50 in fees. Call 202-633-1000 or visit www.si.edu/imax. 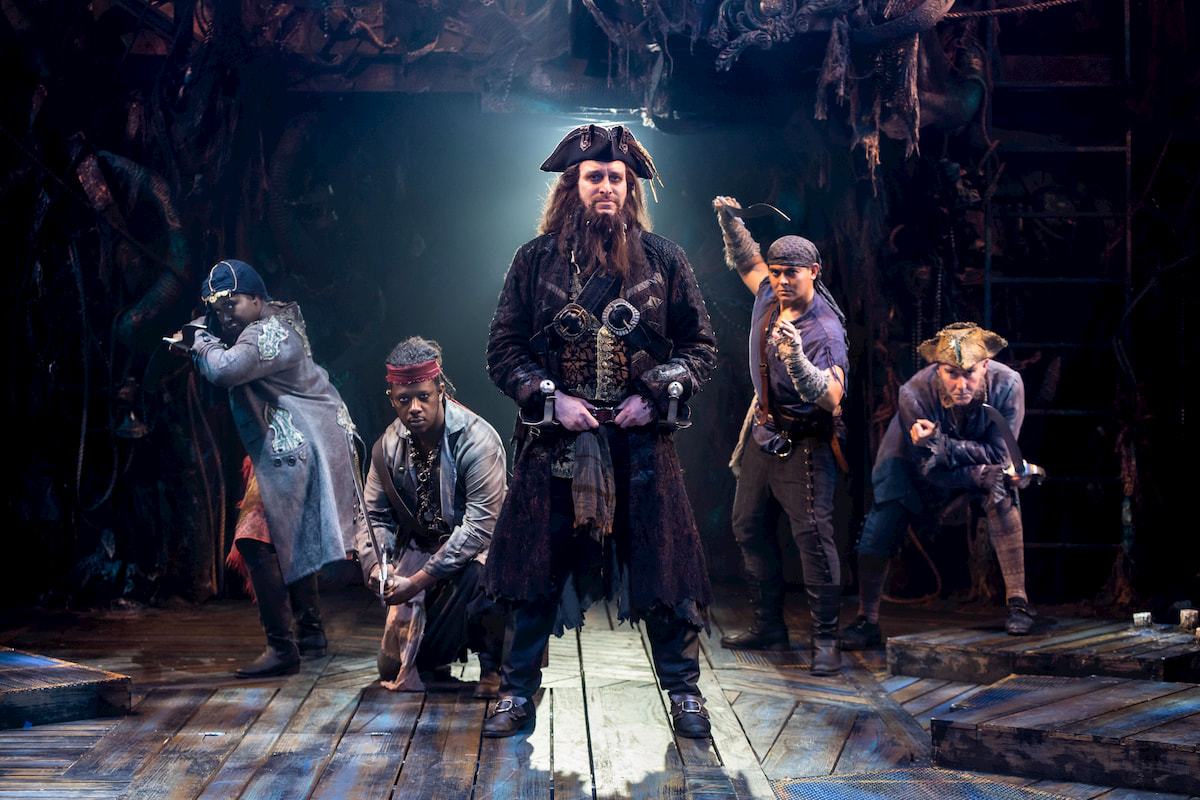 A current Saturday Night Live star, who became the show’s first-ever Latina cast member, got her start as a semifinalist on America’s Got Talent and is also an in-demand voiceover artist for television cartoons, including everything from Cartoon Network’s Adventure Time to Fox’s Family Guy. She appears this weekend at The DC Improv, with opening sets by comic Brittany Carney. Thursday, July 18, with doors at 6:30 p.m., Friday, July 19, with doors at 6:30 and 9:30 p.m., and Saturday, July 20, with doors at 6 and 9 p.m. 1140 Connecticut Ave. NW. Tickets are $22 to $25, plus a two-item minimum. Call 202-296-7008 or visit www.dcimprov.com. 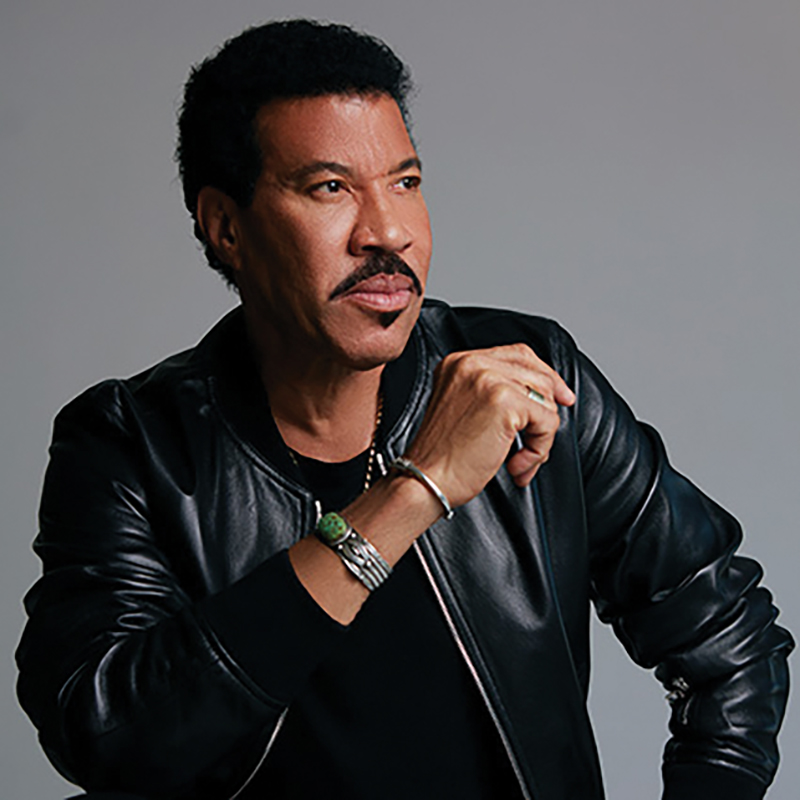 Five years after a joint concert with Bruno Mars, the ’80s hitmaker and current American Idol judge returns to Wolf Trap with the retrospective concert “All The Hits” that includes everything from “Endless Love” to “All Night Long,” “Hello” to “Dancing on the Ceiling.” Monday, July 15. Gates at 6:30 p.m. Filene Center, 1551 Trap Road, Vienna. Tickets are $127 to $167, and include one copy of Richie’s new album, Hello From Las Vegas; or $45 for lawn and no CD. Call 877-WOLFTRAP or visit www.wolftrap.org. 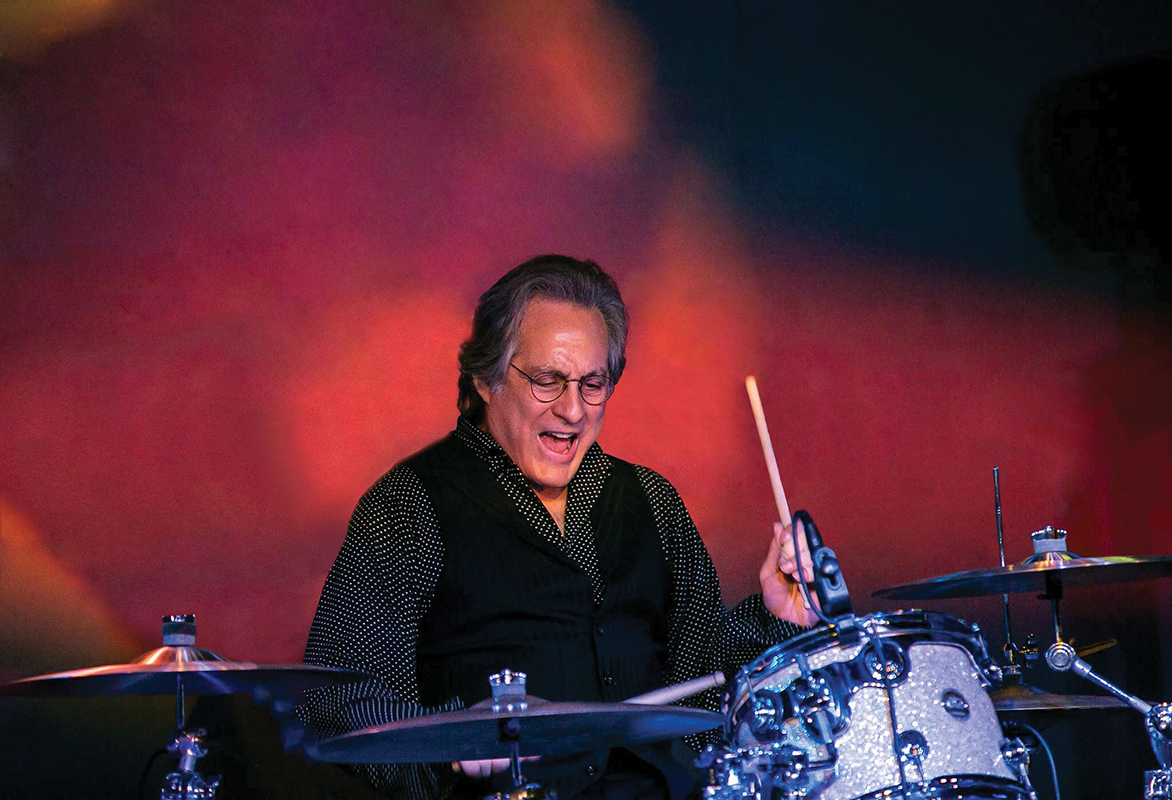 The longtime drummer of Bruce Springsteen’s E-Street Band and Rock & Roll Hall of Famer presents a concert with his four-piece band where the audience gets to choose what songs they’ll perform. Selections are made via a jukebox-like video menu with over 300 possible songs including hits by the Beatles, the Rolling Stones, and of course the Boss. Weinberg is also known from his 17-year stint as Conan O’Brien’s bandleader and comedic foil. Saturday, July 13. Doors at 6:30 p.m. The Hamilton, 600 14th St. NW. Tickets are $34.75 to $54.75. Call 202-787-1000 or visit http://www.thehamiltondc.com. 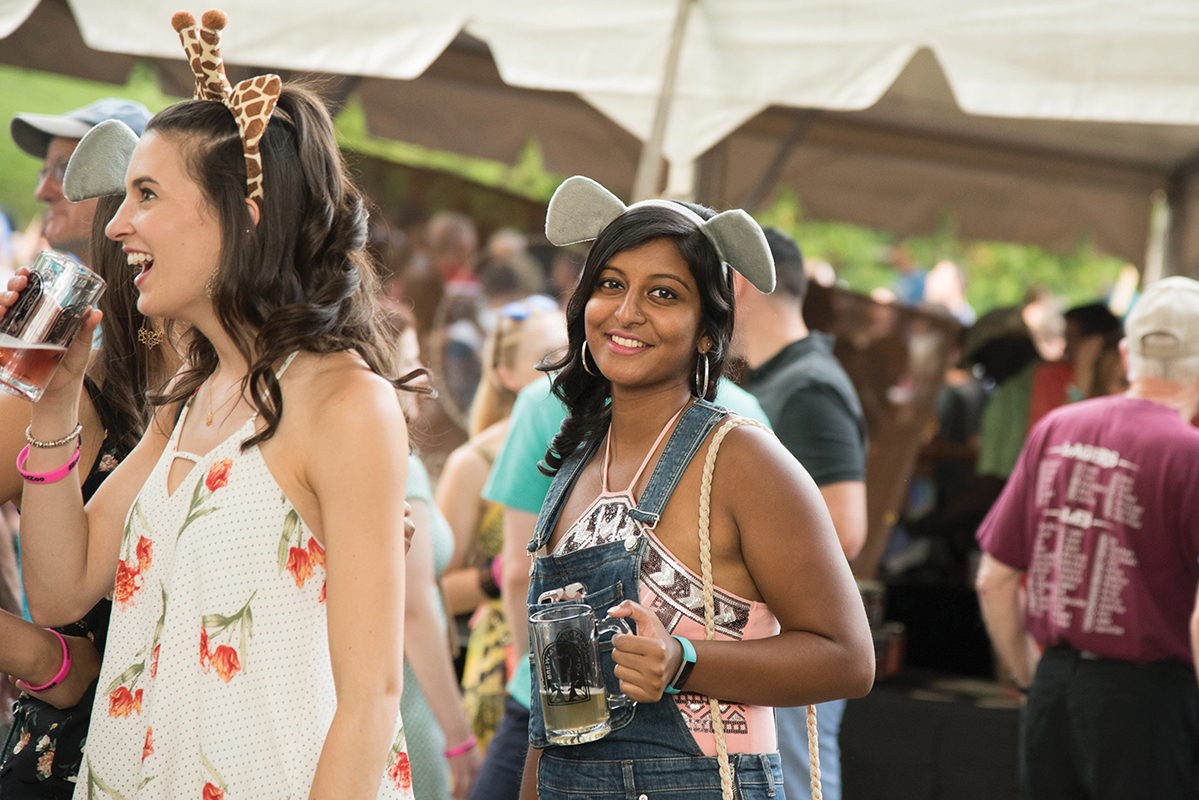 Friends of the National Zoo: Brew at the Zoo

BREW AT THE ZOO

Nearly 70 craft breweries, all in support of wildlife conservation, will be on tap for the Zoo’s 14th annual beer tasting extravaganza next week, hosted as a benefit for the Friends of the National Zoo. Port City Brewing Company, Right Proper, Denizens, and Hellbender will be represented at the event, which will also feature popular food trucks. The Shrapnels and Bobby McKey’s dueling pianists will provide live music to accompany the mingling and lawn games. Thursday, July 18, from 6 to 9 p.m. 3001 Connecticut Ave. NW. Tickets, including a commemorative mug, are $50 for FONZ members or $65 for non-members, or $110 and $125 for VIP tickets allowing early access to the event, a private VIP area with complimentary food tastings, and special animal demonstrations. Sober driver tickets are $30 or $90 for VIP. Metro Weekly readers can use code METROD19 for a $5 discount on brew tickets (with a four-ticket maximum). Call 202-633-4800 or visit www.fonz.org/brew. 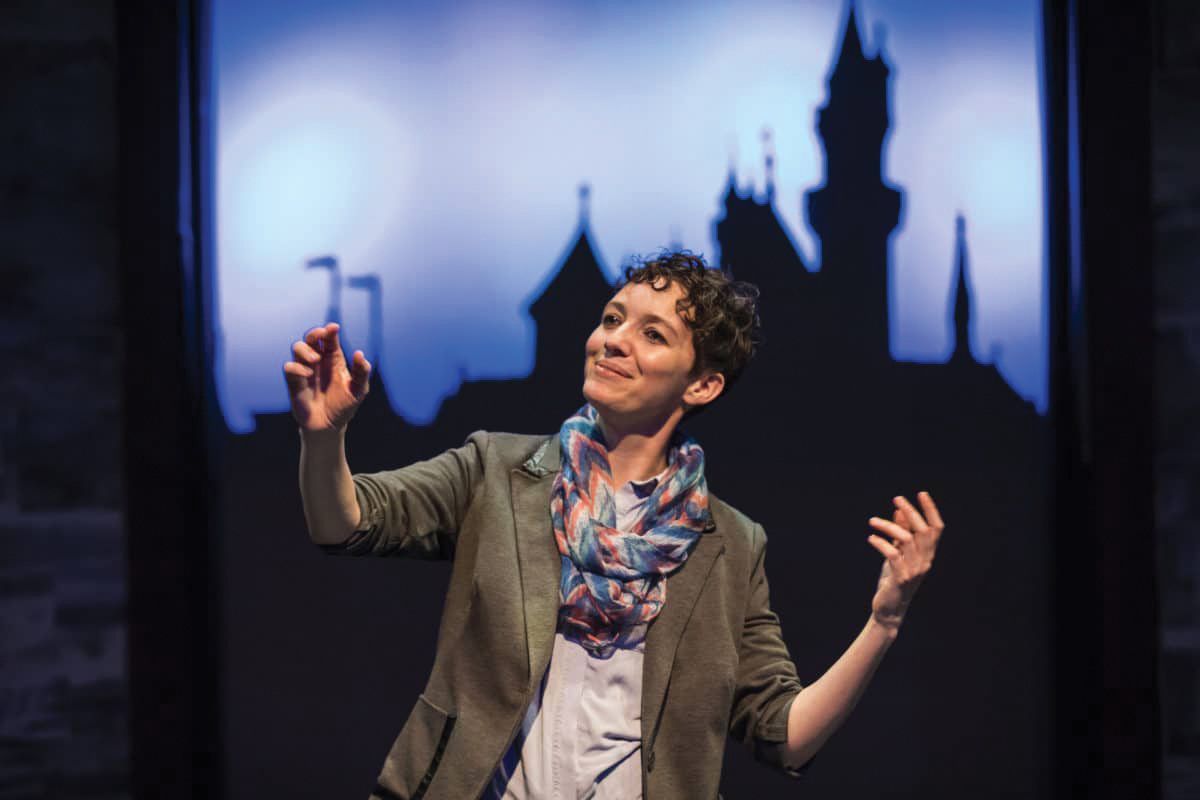 THE LOGAN FESTIVAL OF SOLO PERFORMANCE

Virginia’s 1st Stage presents its third annual festival featuring celebrated solo performers from across the country. This year’s two-week festival, which offers what the Washington Post acclaims as “three plays [that] prove the power of one,” staged in repertory on alternate evenings, includes: The Things They Carried, Jim Stowell’s dramatization of a famous collection of short stories by Tim O’Brien charting the unforgettable journey of a soldier in the Vietnam War, performed by David Sitler; The Happiest Place on Earth featuring Tia Shearer bringing to life the women in playwright Philip Dawkins’ family, exploring their tragic history while humorously pondering the concept of Disneyland and a place where dreams come true; and Joy Rebel, Khanisha Foster’s candid, personal exploration about coming to terms with life as the product of an interracial relationship that her own “cherished grandmother” condemned. The festival opens with The Things They Carried on July 11. All three roughly 90-minute, intermission-less plays are performed on Sunday, July 14, Saturday, July 20, and Sunday, July 21. 1524 Spring Hill Rd. Tysons, Va. Tickets are $20 per show, or $50 for a Festival Pass. Call 703-854-1856 or visit www.1ststage.org. 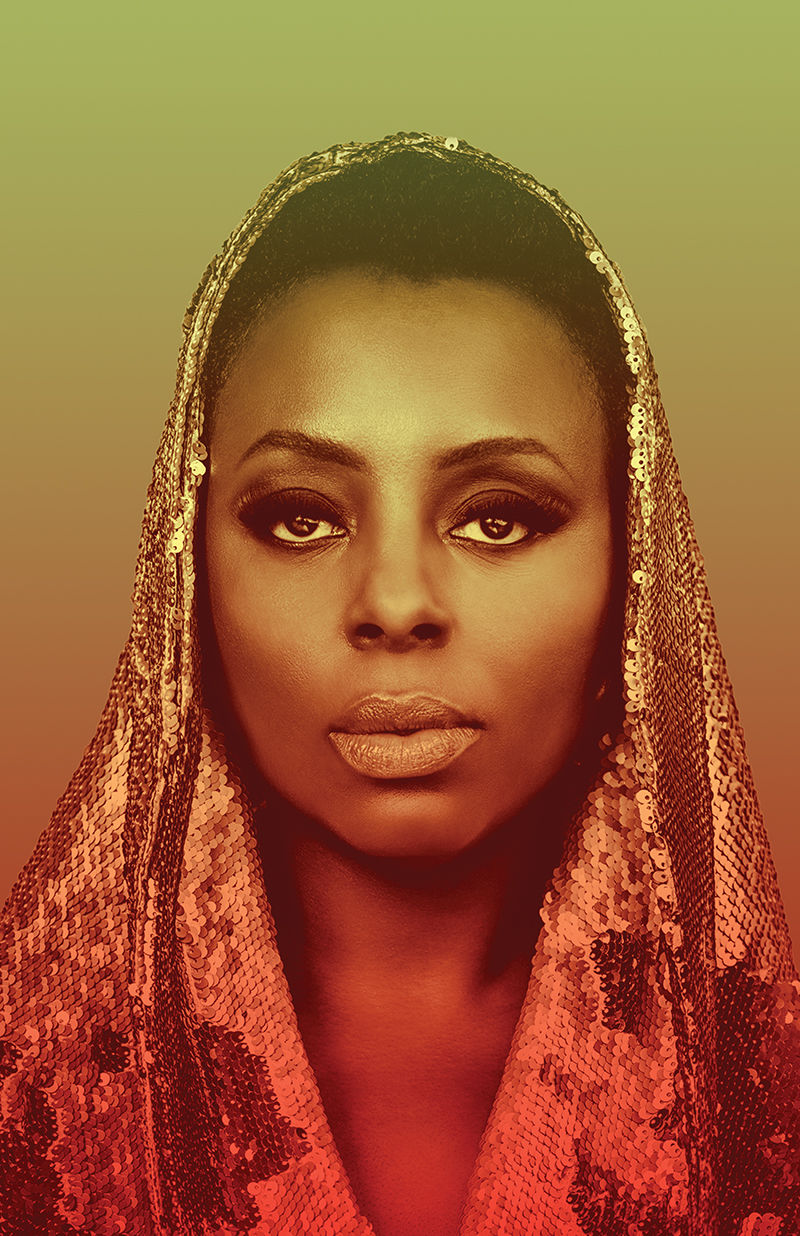 A New Orleans native, Ledisi portrayed fellow New Orleanian, “The Queen of Gospel” Mahalia Jackson, in 2014’s Selma. But these days, she’s more focused on celebrating a different legendary African-American diva. At Strathmore’s Music Center presented by the Birchmere, Ledisi performs her show “Nina and Me,” offering an orchestrated mixture of classical, jazz, and R&B interspersed with dialogue about the musical bond Ledisi feels toward Simone, whom she cites as one of her greatest inspirations. A decade ago, Ledisi recorded a cover of “Four Women” and also performed the Simone staple as part of a powerhouse quartet with Kelly Price, Marsha Ambrosius, and Jill Scott at BET’s 2010 special Black Girls Rock. In addition to offering her takes on Simone standards, the concert will also feature versions of Ledisi’s R&B hits reimagined with strings and big band horns via a return to her jazz roots. Friday, July 12, at 8 p.m. 5301 Tuckerman Lane, North Bethesda. Tickets are $92.50 to $102.50. Call 301-581-5100 or visit www.strathmore.org.