Theater Review: ‘She the People’ at Woolly Mammoth 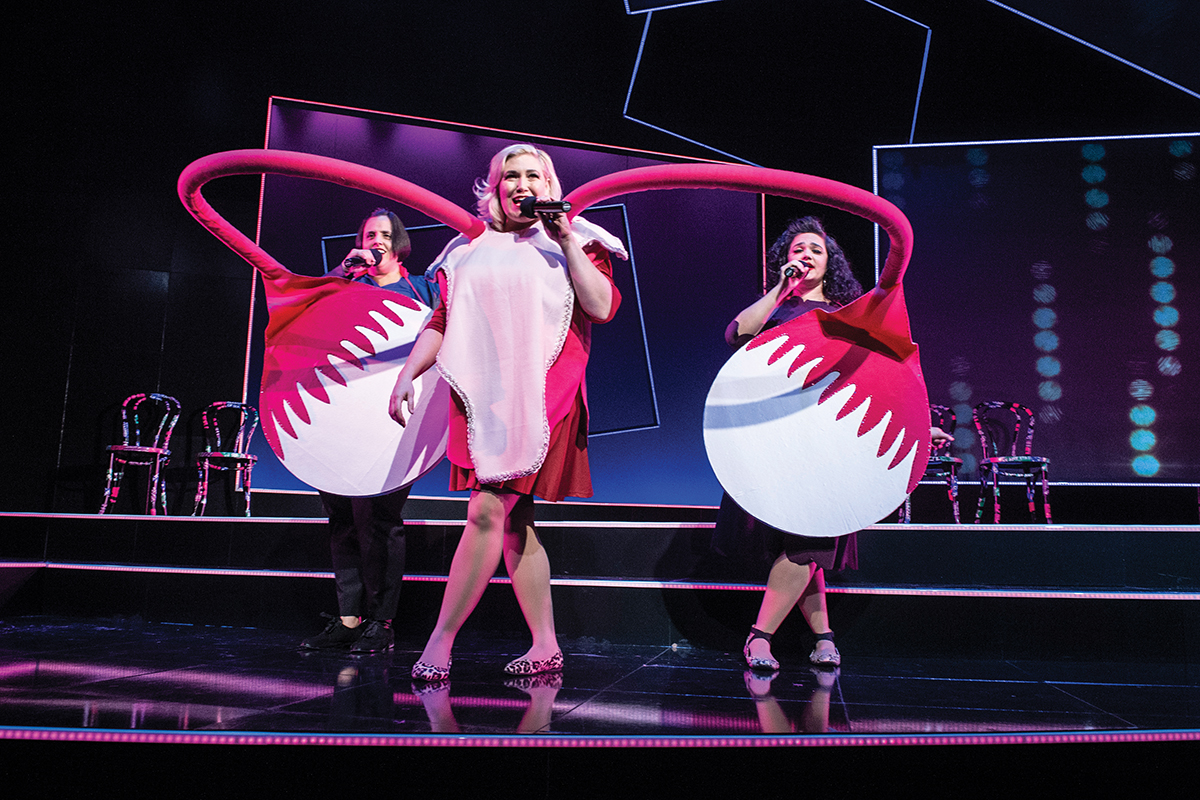 She The People — Photo: Teresa Castracane

Like a team of crack fighter pilots, the women of Second City’s She the People: The Resistance Continues! (★★★★☆) are on a hilarious and irreverent mission — the strafing of sexist absurdities of every stripe. A whirlwind rotation of sketches punctuated by a comically clubby soundtrack, this isn’t so much man-bashing as a full-scale outrage at everything society expects of women.

It’s is a giggle-worthy, rebellious, political, laugh-out-loud middle finger to all that truly sucks about 21st-century womanhood. If the odd moment is a tad teachy, most are funny AF, and there is one that might even bring a lump to the throat. That’s pretty good stats for an evening of bombshells that arrive at a breathless rate.

Being a Second City production, the talent hails from multiple corners of the comedy world and it makes for a fascinating tapestry of styles. Carisa Barreca and Sayjal Joshi are loud, proud and polished, while Katie Caussin and Jo Scott bring a strong alternative vibe. Kazi Jones is seamless in her comic timing and offers a whiff of actorly charisma.

Finally, Alex Bellisle makes for a hilariously ironic sketch artist who looks like she could carry off just about anything she puts her mind to. There are too many stand-out moments to count, but Barreca’s take on “am I too old to wear this,” Scott’s phenomenal improv stunt, and the Rubenesque song-and-dance number hit gold. These are six comics you want in your foxhole.

← Previous Story Theater Review: Murder on the Orient Express at Everyman
Next Story → At Home with John Waters