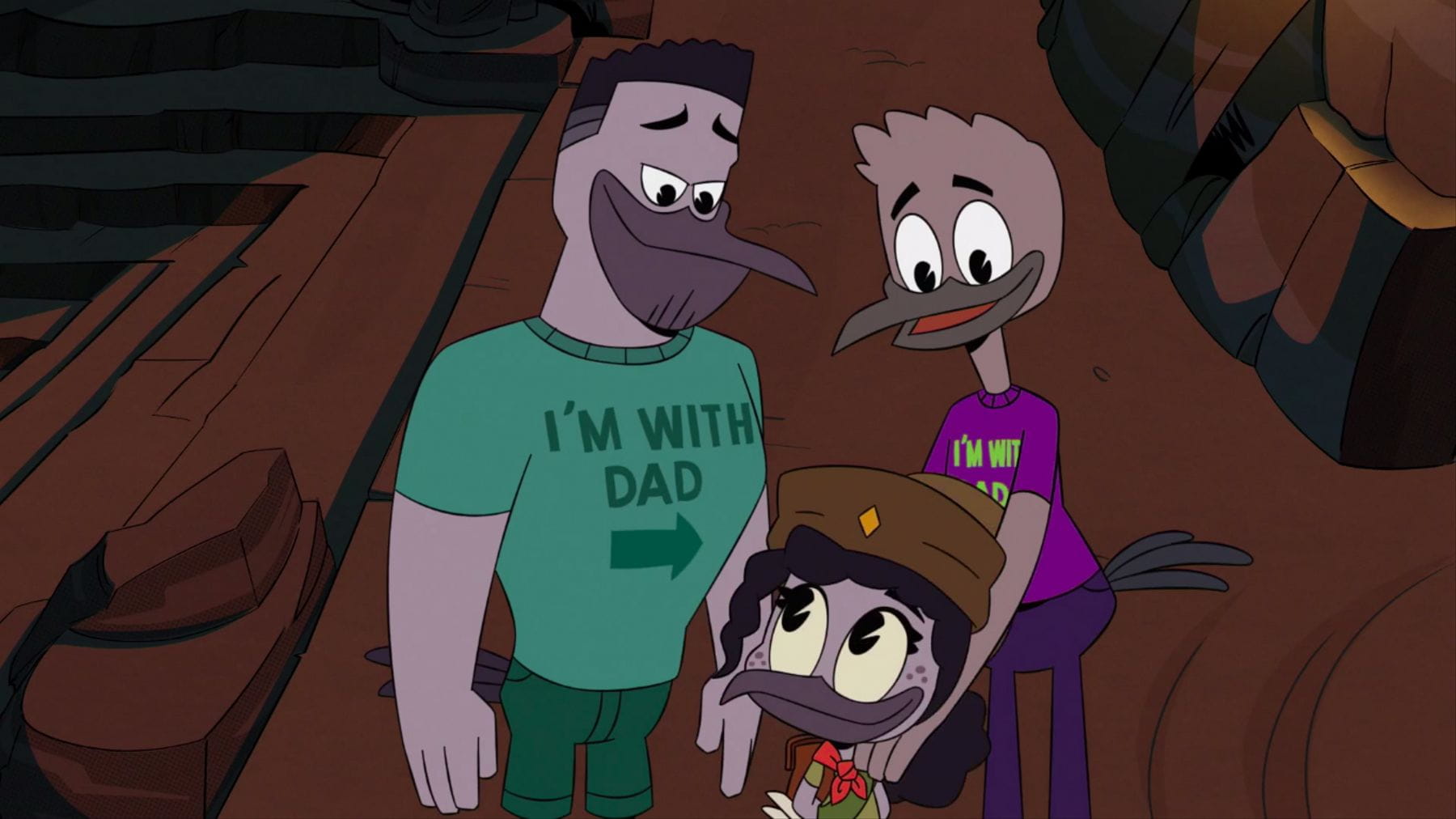 Tyrian “Ty” Sabrewing and Indigo “Indy” Sabrewing, the aforementioned daddies, briefly appeared in the first episode of the third season this month.

Main character Violet had mentioned her fathers in the Disney XD show’s second season, but they were finally shown onscreen cheering Violet on during a competition, while wearing matching “I’m with Dad” t-shirts.

The cute representation of queer families was apparently too much for One Million Moms, a notoriously anti-LGBTQ organization known for demanding boycotts of products, companies, and media franchises for any attempt at LGBTQ inclusion.

While most cheered Ty and Indy’s inclusion in DuckTales, the angry folks over at OMM wrote a breathless post on their website urging parents to stop their children from being forcing into accepting gay people.

“WARNING! DuckTales is not the same cartoon parents grew up watching,” the post read. “It is apparent that this particular producer is not finished with indoctrinating children by exposing them to homosexual relationships through a façade of normalcy.

“If anyone still has any doubt on where Disney stands on this controversial issue, hopefully this makes it clear that there is an LGBTQ agenda they are forcing on young audiences,” OMM concluded.

A petition attached to the post urging a boycott of Disney touts over 15,000 signatures as of writing, or 1.5% of the group’s claimed membership — numbers fairly typical for OMM’s attempts at boycotts.

One Million Moms is an offshoot of the American Family Association, a notoriously anti-LGBTQ organization that the Southern Poverty Law Center has designated a hate group for its extremist anti-LGBTQ ideology and actions.

Previous OMM boycotts have included Marvel’s upcoming film The Eternals, for including a same-sex couple and showing a same-sex kiss, which the group decried as “normalizing the LGBTQ lifestyle.”

OMM also branded Whole Foods as being “saturated in absolute filth” after the grocery store sponsored a drag queen event — or, in OMM terms, helped indoctrinate children “into transgenderism and homosexuality.”

The group was also ridiculed for its attempted boycott of Toy Story 4, petitioning Disney over two scenes lasting just a few seconds that showed a child with two mothers.

Toy Story 4 ultimately earned over $1 billion at the global box office, so we’re not entirely sure how successful the OMM boycott was. However, it did produce some incredible responses on a Metro Weekly tweet regarding the boycott. Check out some of the best replies below:

2 toys object to "Mom Story One Million" for showing a mom with four toys.

One Million Moms are all named Susan and Karen and they would like to speak to the manager.

why would they object? this is DOUBLE THE MOMS, they’re being SO represented here. it could be 2 million moms if they got with the program! they’d be unstoppable!

Their argument is that children shouldn’t be exposed to the idea of relationships between two people of the same gender because they’re too young, but it’s totally fine that they are utterly inundated with imagery of cis-straight relationships. Am I gathering that right?

Rhuaridh Marr is Metro Weekly's online editor. He can be reached at rmarr@metroweekly.com.
← Previous Story LGBTQ content features in eight of the ten most challenged books of 2019
Next Story → The Next Wave: COVID-19 could come back “with a vengeance” this fall