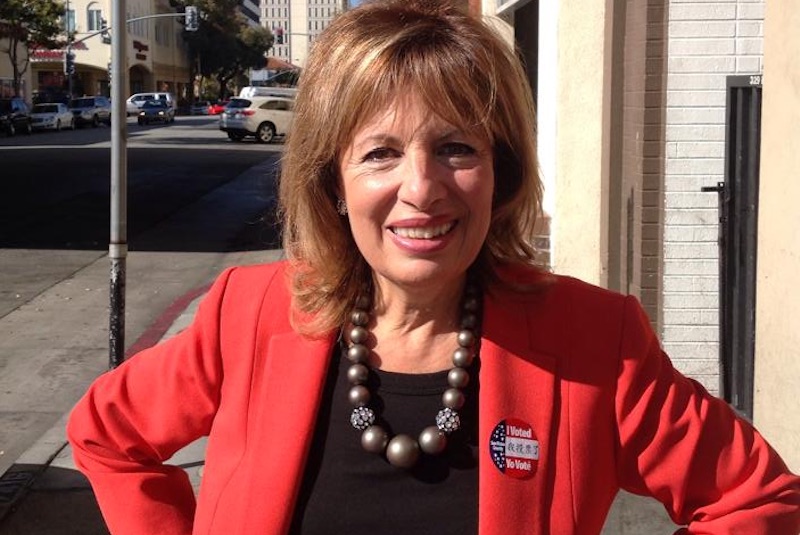 California Congresswoman Jackie Speier has, once again, proposed an amendment to a major defense bill that would reverse the Trump administration’s ban on transgender service members.

The amendment has been an annual occurrence since President Trump first proposed the ban in 2017 via a series of tweets.

Speier has also introduced another amendment this year to lift a ban preventing LGBTQ Pride flags from being flown at U.S. military installations.

The congresswoman, a member of the House Armed Services Committee and serves as the Chair of the Military Personnel Subcommittee, typically uses her position to propose amendments to various defense spending or appropriations bills in an effort to repeal Trump-era restrictions on transgender personnel that she believes are discriminatory.

Under the current Department of Defense policy, transgender people are prohibited from serving if they have been diagnosed with gender dysphoria or attempt to transition at any point during their service.

The Trump administration has pointed to a few exemptions granted to transgender people who transitioned under the Obama administration’s open service policy who were “grandfathered” in to argue that the policy is not discriminatory and does not categorically bar transgender individuals from serving.

The congresswoman previously proposed an amendment to the 2020 fiscal year defense authorization bill that would have reversed the ban.

That amendment was passed by the Democratic-controlled House of Representatives, but was ultimately stripped out of the final bill in conference committee due to opposition from Republican-controlled Senate.

Speier’s other amendment seeks to reverse guidance issued by Defense Secretary Mark Esper that says that military bases may only fly the American flag, U.S. state or territory flags, and military flags in the name of avoiding “divisive symbols.”

The guidance was originally intended to address calls for military installations to stop flying the Confederate flag, but now also applies to the display of the LGBTQ Pride flag, sparking outrage from military veterans’ groups.

Aaron Belkin, the director of the Palm Center, a military think tank that advocates for open service by LGBTQ individuals, praised Speier’s amendment on the trans military ban.

“The Department of Defense should not be spending taxpayer money on a politically-motivated policy that keeps qualified people out of the military, particularly when the military continues to face enlistment shortfalls,” Belkin said in a statement. “The House’s immediate passage of Rep. Speier’s amendment would send the fiscally responsible message that we should be spending money on protecting Americans, not on baseless policies enacted to score political points.”

Editor’s note: This story was updated to include comment from the Palm Center.

The ACLU’s Chase Strangio on the new documentary “The Fight”