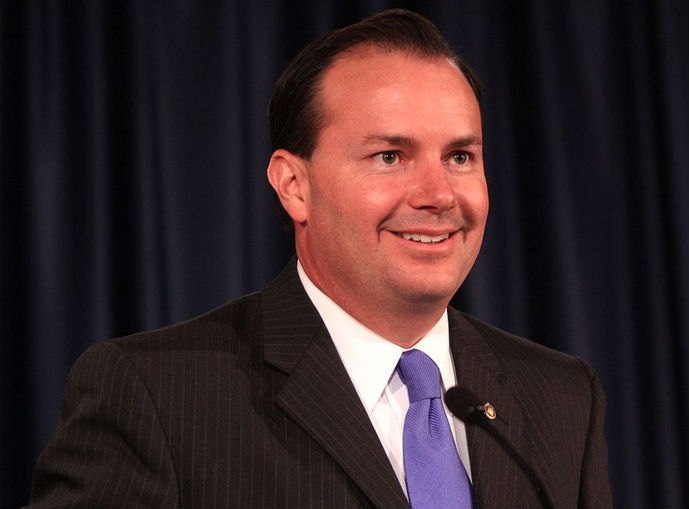 Utah Republican Sen. Mike Lee fiercely criticized the president of the NCAA at a Senate hearing last week over the collegiate athletic organization’s support for allowing transgender athletes to compete according to the gender with which they identify.

Lee took issue with the NCAA’s stated opposition to a new Idaho law that bars transgender females from competing in women’s sports. Current NCAA policy allows transgender females to compete according to their gender identity, provided that they have undergone hormone therapy for at least a year prior to competing.

“I am concerned about the NCAA’s track record of undermining women by pushing schools to allow individuals born biologically of one gender to participate in another gender’s sports,” Lee told NCAA President Mark Emmert during the hearing, according to Utah-based NBC affiliate KSL-TV.

“It’s offensive to me and to millions of Americans that the great strides our society has taken to protect women’s rights and women’s sports are now at risk of being undone,” Lee added.

Lee asked Emmert if the NCAA stands by a statement it issued in June in response to the Idaho law calling it “harmful to transgender student athletes” and claiming it “conflicts with the NCAA’s core values of inclusivity, respect and the equitable treatment of all individuals.”

Emmert added that the NCAA has worked with the U.S. Olympic Committee and the International Olympic Committee in order to align its own standards for transgender athletes to those used at higher levels of competition.

Lee’s comments mirror similar arguments employed by conservatives in recent months to argue that any action or legislation that expands transgender rights, specifically, or LGBTQ rights, more broadly, will threaten the ability of women to compete in sports and undermine Title IX’s guarantees of equal access to women.

Many Republicans in Congress who ultimately voted against the Equality Act when it was brought up for a vote last year used concerns about the participation of transgender athletes in women’s sports to justify their vote against protections for LGBTQ people in employment, housing, and public accommodations like restaurants, theaters, and department stores.

The other lawsuit, brought by the American Civil Liberties Union, the ACLU of Idaho, and Legal Voice, challenges Idaho’s ban on transgender athletes. One of the plaintiffs, Lindsay Hecox, a transgender woman, argues the law prevents her from competing in cross-country for Boise State University.

The other plaintiff, an anonymous cisgender athlete known as Jane Doe, worries she will be subjected to invasive testing to prove her female identity if others mistakenly believe she is not appropriately feminine, does not conform to gender stereotypes, or — in a worst-case scenario — if athletic rivals or their coaches accuse her of being transgender in order to deliberately sideline her, albeit temporarily, from competition for the sake of gaining an unfair competitive advantage.

John Riley is the local news reporter for Metro Weekly. He can be reached at jriley@metroweekly.com
← Previous Story LGBTQ people make Donald Trump “uncomfortable” claims lesbian niece
Next Story → 6 in 10 Americans wrongly believe HIV can be spread through casual contact