Sen. Brad Hoylman was previously turned away from donating blood because he is a married gay man

By John Riley on October 22, 2020 @JohnAndresRiley 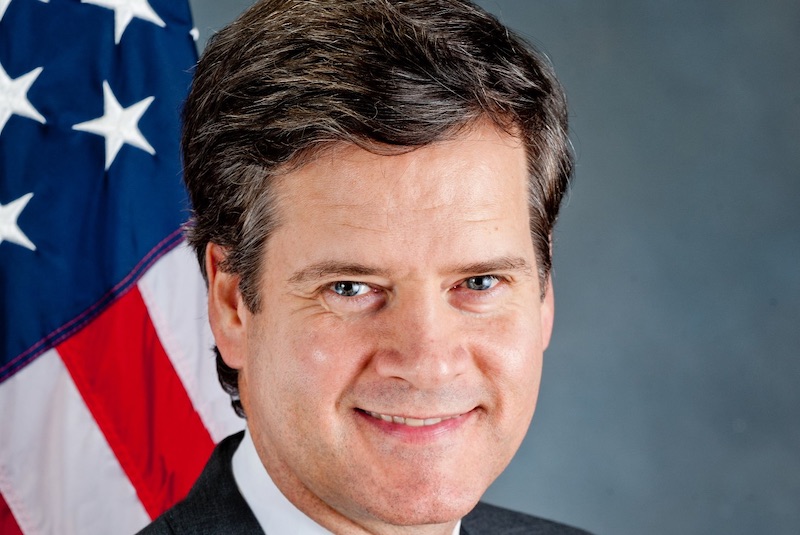 An openly gay New York state senator is hosting a “Give for a Gay” blood drive designed to highlight the FDA’s current restrictions on gay and bisexual blood and plasma donors.

Sen. Brad Hoylman (D-Manhattan) will co-host the drive with the New York Blood Center on Oct. 26 from 1 to 7 p.m. at the Westbeth Gallery, in New York City’s West Village neighborhood.

Hoylman, who is openly gay, was previously turned away from donating blood in May, more than a month after the Food & Drug Administration relaxed its blood donation guidelines to allow gay or bisexual men who have been abstinent for three months or more to donate. No such restrictions are placed on heterosexual individuals, even if they have not been abstinent or monogamous.

Prior to that, gay and bisexual men had been required to abstain from sex for more than a year before being cleared to donate blood or plasma, the latter of which was in particular demand during the COVID-19 pandemic, as doctors had hoped to use the antibodies those who had recovered from the virus to nurse the sick back to health.

Hoylman previously penned two letters to the FDA — one before being turned away from donating blood, and a second letter afterwards — asking it to change the rules and move to a behavioral-based screening.

He noted that other countries, including Mexico, Italy, Argentina, and South Africa, had successfully ended policies restricting gay and bisexual men from donating.

The blood drive, which was sparked by a similar event held by California State Sen. Scott Wiener (D-San Francisco) earlier this year, is intended to restore the blood supply in New York.

The FDA warned earlier this year that number of available pints of blood had dwindled significantly due to the social distancing rules and shutdowns put in place to stop the spread of COVID-19.

The blood drive also helps raise awareness of the ongoing restrictions on men who have sex with men — which many LGBTQ advocates feel are discriminatory — by encouraging cisgender heterosexual people to donate in place of their LGBTQ friends and neighbors.

“Even during a severe blood shortage due to the COVID-19 pandemic, the FDA clings to outdated policies that prevent me and other gay and bisexual men from donating blood,” Hoylman said in a statement. “This policy is rooted in homophobia, not in science. While the FDA’s new requirement of only three months of celibacy is better than a full year, it perpetuates a stigma that gay and bisexual men are disease carriers, and does not reflect that modern HIV testing technology can detect any HIV infection that occurred 10-14 days before the donation.”

Experts estimate that allowing gay and bisexual men to donate blood just like anyone else, and using a behavioral-based risk screening that is universal, would lead to a 4% increase in the blood supply, or about 615,000 additional donations.

Based on FDA claims that each donation can save three lives, that means blood from gay and bisexual men could potentially save more than 1 million lives.

“We need the FDA to change their policy. Until that happens, we need LGBTQ allies to step up and give on behalf of our community to meet the current blood shortage,” Hoylman said. “So please come, #GiveForAGay, and help us save lives while we fight injustice.”