Cooper Raiff is a 25-year-old writer-director who makes earnest movies about precocious young men who love their mothers and share their feelings openly and freely. The characters Raiff writes and plays (he’s an actor, too) are achingly wholesome: In Shithouse (2020), his debut feature, Raiff portrayed a friendless college freshman who, upon being seduced by his RA, is more interested in helping her give a proper burial to her deceased turtle than in getting laid.

Turns out niceness sells. Few young filmmakers have enjoyed a more sudden rise to prominence this decade. As his origin myth goes, Raiff landed Jay Duplass as a mentor after randomly tweeting at the filmmaker. Shithouse was shot in two weeks on a microbudget, yet the film’s warmth — particularly its Before Sunrise-esque bonding sequence — transcended the modest aesthetics.

The film was a hit at virtual South by Southwest, where it won the grand jury prize, and soon the wunderkind director secured a bigger budget and household-name co-star, Dakota Johnson, for his next film, Cha Cha Real Smooth.

Yet Raiff’s character-driven style hasn’t much changed. Like Shithouse, Cha Cha Real Smooth (★★★☆☆) is a comedy-drama about a fumbling, warm-hearted youth (Raiff again) finding his way and navigating a complex relationship with a more jaded woman.

This time, Raiff plays Andrew, an aimless college grad living at home with his mom (Leslie Mann), whom he loves, and his stepfather (Brad Garrett), whom he does not. Andrew spends his days working at a fast-food joint called Meat Sticks (as gross as it sounds) and pining for his ex-girlfriend, who’s off in Barcelona on a Fulbright scholarship.

One evening, Andrew accompanies his 13-year-old brother David (Evan Assante) to a family friend’s Bat Mitzvah. There’s no “party starter” (an important job in the B’nei Mitzvah sphere) and the kids aren’t dancing, so Andrew fills in and gets the crowd moving. The Jewish mothers are impressed. Pretty soon, Andrew finds himself with a lucrative side hustle, sweating up and down the suburban B’nei Mitzvah circuit as a semi-professional party starter.

It’s on the Bar and Bat Mitzvah circuit that Andrew meets a young mother named Domino (Johnson) and her daughter, Lola (Vanessa Burghardt), who is autistic and gets bullied by the cruelest kids in her grade. Andrew is kind and patient with Lola. He becomes her babysitter, and soon begins a tentative, clandestine romance with Domino — which is further complicated by the fact that she’s engaged to a distant lawyer named Joseph.

This is not a typical gooey-eyed rom-com, and Raiff, for better or worse, never lets the awkward relationship veer into fairytale romance territory. Dakota Johnson, who co-produced the film, is one of the best things about Cha Cha Real Smooth. Even when given clunky dialogue to work with (like a too-precious exchange about the existence of soulmates), she infuses Domino with a sense of lived-in wisdom — a weary awareness of how cruel the world can be to her unorthodox family — paired with a flirtatious yearning to be understood by someone new.

The B’nei Mitzvah settings liven up the drama, meanwhile, and bring a fresh Gen Z spin to the overly familiar Baumbach/Linklater trope of the directionless post-grad ennui flick.

And yet, from the title (which riffs on the “Cha Cha Slide” dance, a ubiquitous staple at B’nai Mitzvah parties since the early 2000s) and premise, it’s easy to get the wrong idea about Cha Cha Real Smooth. You might reasonably assume this is a quintessentially Jewish movie, perhaps another take on the Jewish-panic-attack sweepstakes in the spirit of recent indie hits like Shiva Baby (2021) or Uncut Gems (2019).

In reality, Cha Cha Real Smooth has little of the buzzing anxious edge of those movies. Surprisingly, it’s not really a Jewish film at all. Instead, like the scene where Domino remarks that she sometimes “really env[ies] Judaism,” it feels like a distinctly goyish take on a Jewish setting.

Raiff, who is not Jewish, grew up in a heavily Jewish Dallas school and clearly knows his way around a Bar Mitzvah or two. He gets in some funny gags, like a scene involving a rabbi and the filthy Cardi B hit “WAP,” but seems afraid of really satirizing the absurdity of upper-middle class B’nai Mitzvah celebrations or portraying them with much specificity at all.

Instead, Judaism is simply background noise for the misadventures of these non-Jewish characters. We never get to see the religious portion of a Bar Mitzvah or revel in the madness of it all, like in the Coen brothers’ brilliant A Serious Man.

The other problem is that Raiff’s screenwriting is simply too nice for its own good. He can’t help but make his own character saintly and precious beyond belief, a relentlessly positive pleaser who spits out mawkish, goody-good dialogue like this climactic declaration to his mother: “I have this urge to tell you that I had a really great childhood. And I think you’re a really great mother.”

Similarly, Raiff can’t help but make all his characters likable to a fault. Even the ones who arouse our suspicion, such as Domino’s shady-seeming fiancé (Raúl Castillo), are granted overly tidy redemption narratives while bleary-eyed indie-rock pulls at our heartstrings.

A recurring flaw in both Cha Cha Real Smooth and Shithouse is that Raiff keeps casting himself as an aimless loser. In reality, he comes across as so transparently charismatic and handsome and successful that the characterization strains belief. And Cha Cha Real Smooth has been successful indeed — the movie charmed audiences at Sundance and quickly got acquired by Apple TV+, which places it on a lineage with the Best Picture-winning CODA.

Often funny and warm, this drama about the messiness of relationships and growing up is at its most interesting when it lets its characters actually be mess-ups. 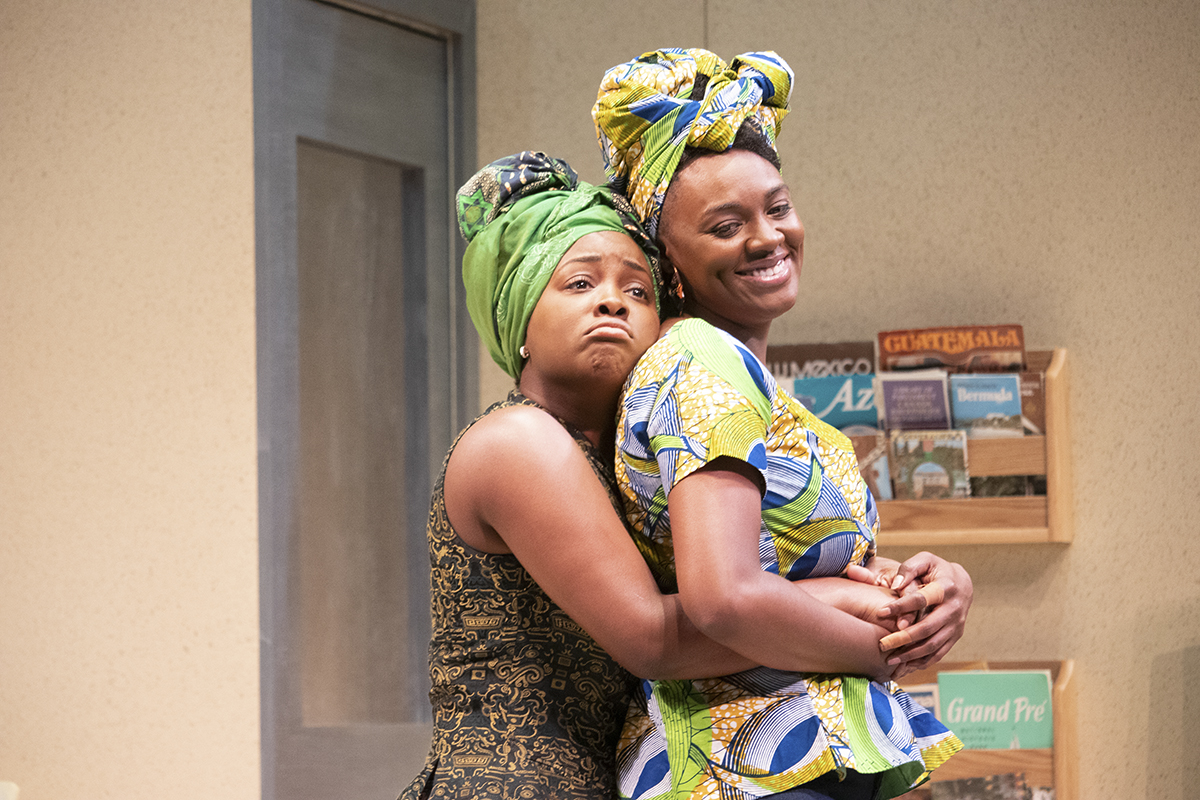 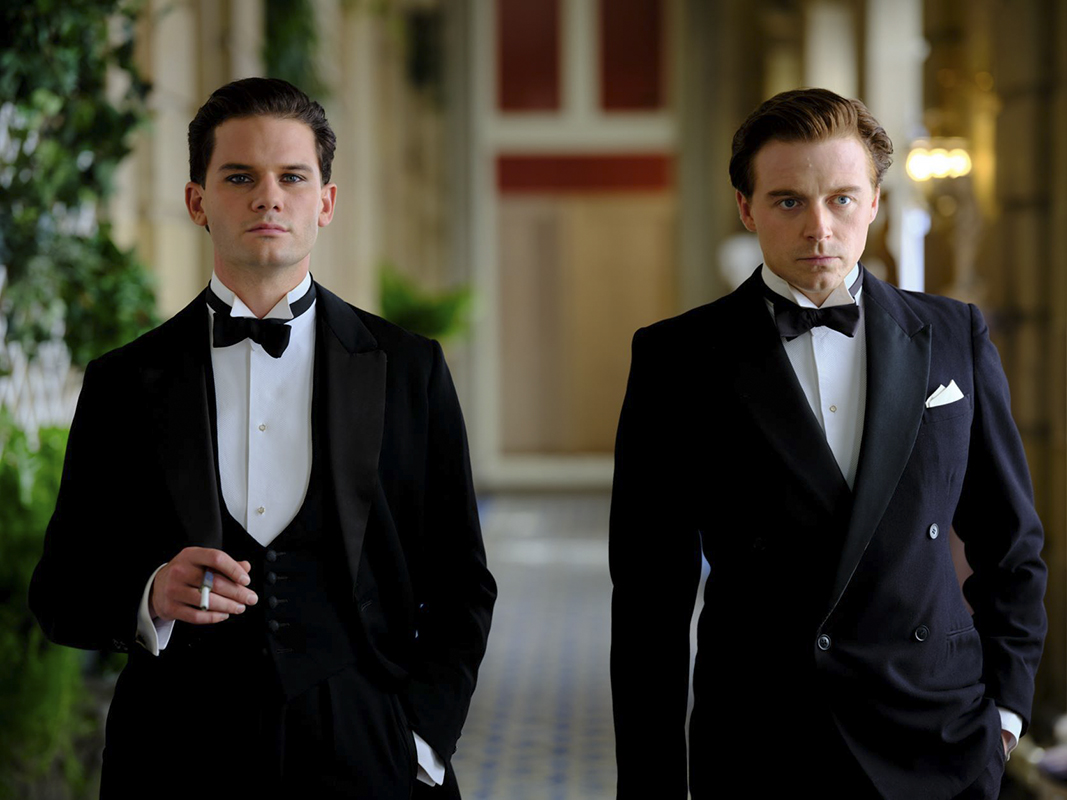