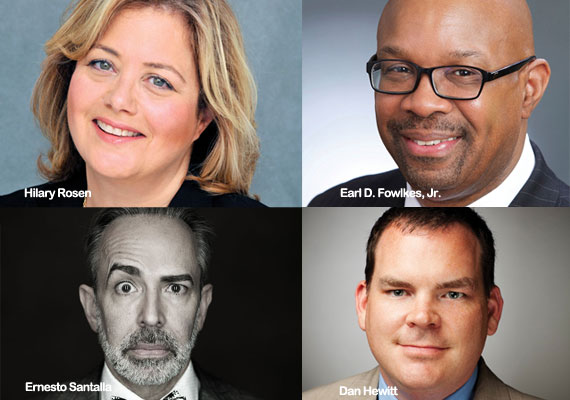 The Next Generation Awardees are chosen from a pool of community nominations by a panel of Washington-area LGBT leaders from the worlds of arts, activism, business and politics. The 2014 Next Generation Selection Panel members are:

As president and CEO of the CBE, Fowlkes oversees the only black LGBT international organization in the world, with organizational and individual membership in Canada, the U.K., Ghana, Uganda, Guyana, Suriname, Jamaica, Trinidad, Barbados, Kenya, South Africa, Brazil and Zimbabwe. He also serves on seven nonprofit boards of directors and as chair of the D.C. Mayor’s GLBT Advisory Committee.

At the ESA, Dan Hewitt serves as an on-the-record spokesman in top-tier print and electronic media. Since he began at the ESA in 2004, he has been responsible for developing and executing communications strategies that educate key audiences about the industry, its goals, and its consumers.

At ICF International, Hoai B. Huynh oversees programs and strategies in the developing-country context. He has worked extensively in developing countries, particularly working with USAID, World Bank, and other clients and partners on climate change, environmental, water and energy programs.