If measure gathers enough signatures, it will either end up before the legislature or on the 2020 ballot

By John Riley on January 8, 2020 @JohnAndresRiley 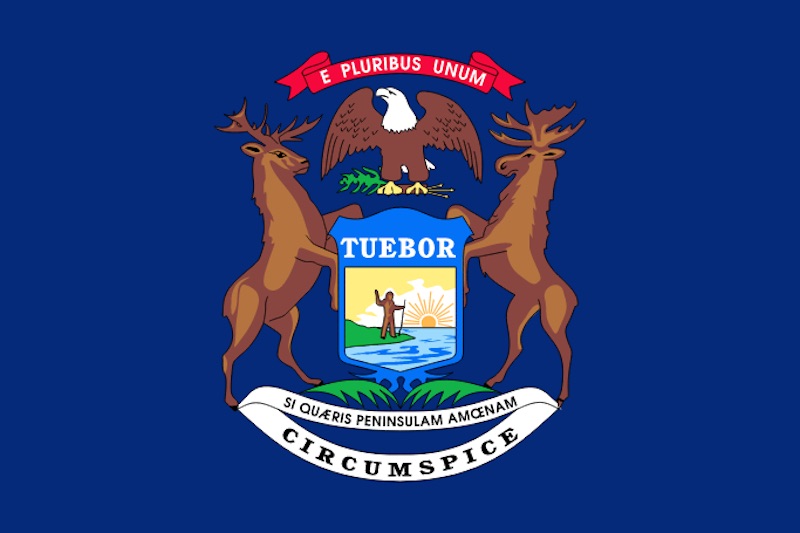 A coalition of business leaders, political activists, and equality advocates has launched a campaign calling for a ban on anti-LGBTQ discrimination in Michigan.

The bipartisan group, Fair and Equal Michigan, hopes to collect 340,047 petition signatures by May 27.

If successful, the group’s proposed legislation would go before the Michigan Legislature — and should lawmakers refused to approve the measure, it would then appear as an initiative on the November 2020 ballot.

The language of the proposal in question seeks to expand Michigan’s Elliott-Larsen Civil Rights Act, the 1976 law that prohibits discrimination based on religion, race, age, sex, and other attribute to provide protections for sexual orientation and gender identity.

Former State Rep. Mel Larsen, who co-sponsored the 1976 law, said in a press release  that it was “long past the time to recognize sexual orientation and gender identity,” reports The Detroit News.

“The Legislature can act at any time to amend the Civil Rights Act,” Larsen said. “This coalition of Michigan citizens has support across LGBTQ groups, the business and philanthropic sectors, and both sides of the political aisle. There is more that brings us together than forces us apart.”

Michigan is one of 30 states that currently lack a law prohibiting discrimination against LGBTQ people.

Her predecessor, Rick Snyder (R), signed his own executive order prohibiting anti-LGBTQ discrimination in state contracting, but that order contained an exemption for religious and religiously-affiliated institutions.

In 2014, then-House Speaker Jase Bolger (R) backed a two-bill package that would have added sexual orientation to the list of protected classes, but would also have granted sweeping exemptions for any Michigan resident who wished not to take part in activities — such as the sale of wedding-related merchandise to same-sex couples, for example — that violate their religious beliefs.

There also seems to be a split between the leadership of both chambers over whether to pursue a nondiscrimination bill at all.

Senate Majority Leader Mike Shirkey (R-Clarklake) has expressed openness to the idea, but has insisted that any LGBTQ protections must be offset by exemptions to protect religious freedom — much like a compromise measure that was approved in Utah with the blessing of the LDS Church a few years ago.

But House Speaker Lee Chatfield (R-Levering), who was first elected in 2014 by running against an incumbent Republican who was supportive of LGBTQ rights, argues that any LGBTQ nondiscrimination protections are inconsistent with the guarantees of religious freedom.

“I do not believe we can pass this law while still protecting religious freedom,” Chatfield told WKAR-TV in an interview. “You’ve seen these laws passed in other states where what happens, in my opinion, is a reverse discrimination against those who have religious beliefs.”

In 2018, the Michigan Civil Rights Commission embraced an interpretation of the Elliott-Larsen Civil Rights Act that found LGBTQ people were protected by the act’s provisions prohibiting sex-based discrimination, and said it would begin investigating allegations of anti-LGBTQ bias.

But former Attorney General Bil Schuette (R) said that the commission’s findings were “invalid” and that only the legislature has the power to amend or expand the state’s civil rights law.

John Riley is the local news reporter for Metro Weekly. He can be reached at jriley@metroweekly.com
← Previous Story Man charged with sending fake anthrax to New York gay bar that tried to ban him
Next Story → Arizona Republican introduces three bills targeting transgender and nonbinary people