Home / Arts + Entertainment / Music / ‘I Can Feel You Forgetting Me’ review: The return of Neon Trees

‘I Can Feel You Forgetting Me’ review: The return of Neon Trees 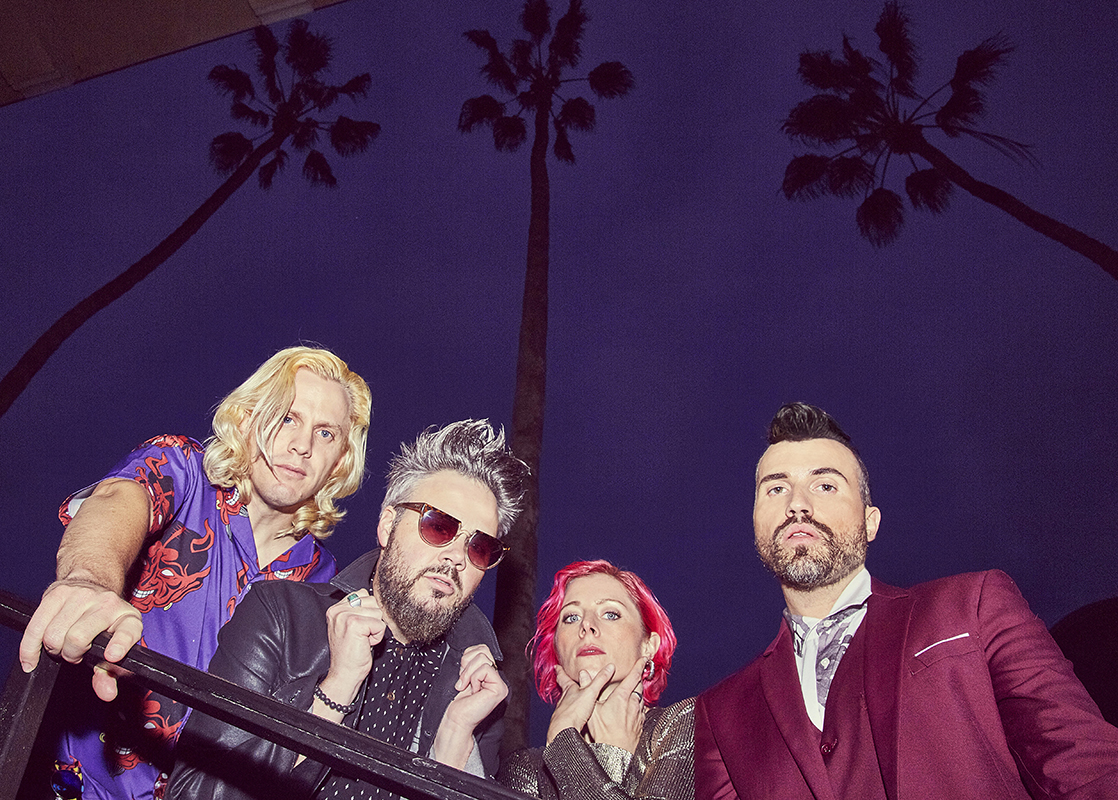 Among the many notable qualities of Neon Trees, there has always been something particularly refreshing about the Provo pop-rock outfit’s unabashed sincerity. Their albums are joyful, often intensely personal, and most strikingly, all but devoid of cynicism. Their frontman Tyler Glenn’s coming out and his very public exit from the Mormon Church loomed large over his 2016 solo record Excommunication and Neon Trees’ Pop Psychology before it.

While those albums found him in the throes of shedding his old identity, Glenn has remarked that I Can Feel You Forgetting Me (★★★★☆) is the first album that finds him at the tail end of the process, finally unencumbered and free to chart his own course.

Having reunited for their first album in six years, Neon Trees are in the mood to celebrate. Glenn’s sense of freedom and lightness suffuses the album, and is almost jarring after the tormented, cathartic poignancy of Excommunication. The production is often upbeat and dancey and at times absolutely soars, and their incredibly catchy brand of synthy pop rock sounds as tight and polished as ever.

For all the album’s glittering new wave energy, though, its tracks are full of brooding over the past, often in the form of nostalgia for connections that are seemingly broken for good. The opening track, “Nights,” freshly released as a single ahead of the album, sets the tone with its warm, summery synths and its dramatic chorus featuring Glenn bluntly recounting how he fills his days with distractions only to face sleepless nights, confessing, “I sit alone and wonder why they say, that boys don’t cry.”

That palpable angst can certainly be read as that familiar straightforward, universal yearning for people and relationships that aren’t coming back. Still, it’s hard not to read many of the lyrics in light of Glenn’s coming out and loss of faith. Nowhere is this more on the nose than on the song “Holy Ghost.”

Directing his anger at a former lover, Glenn belts out on the chorus, “I’m calling you my Holy Ghost/Disappearing when I need you most,” an accusation that is striking for how well it works in the reverse as well. Despite being through the rockiest parts of his journey, Glenn would probably be the first to tell you that the scars of losing one part of oneself and having to learn to embrace another don’t go away overnight.

I Can Feel You Forgetting Me might not be a breakup album, but it certainly has the energy of one. Its tracks are brutally honest about the pain of leaving someone behind, but they never lose sight of why that separation was necessary in the first place. It finds itself somewhere between mourning those connections that no longer exist and celebrating the potential for reinvention and rediscovery that comes with the breakage, never really losing sight of either one. In that sense, it deserves recognition as Neon Trees’ most complex and emotionally mature work yet.

I Can Feel You Forgetting is currently available to stream and purchase.

Gaslighter: The Chicks are back with a bold new album

Neon Trees: I Can Feel You Forgetting Me

← Previous Story “Gaslighter” review: The Chicks are back with a bold new album
Next Story → Watch: The Exclusive Premiere of Congressional Chorus’ “Virtual Insanity”