White House Press Secretary Kayleigh McEnany responded to a question about Donald Trump’s ban on transgender people serving in the military by praising his “great record” with the LGBTQ community.

McEnany was asked on Monday about the ban — which Trump announced on Twitter three years ago this month — and whether the president would reconsider the policy after 116 members of Congress wrote a letter last week urging him to allow trans people to serve openly in the military.

The press secretary responded by pivoting to the Trump administration’s much vaunted plan to decriminalize homosexuality globally.

“I haven’t talked to him about that specific policy, but this president is proud that in 2019 we launched a global initiative to end the criminalization of homosexuality throughout the world,” McEnany responded.

“He has a great record when it comes to the LGBT community,” she continued. “The Trump administration eased a ban on blood donations from gay and bisexual men and he launched a plan to end the AIDS epidemic by 2030.”

McEnany was then challenged with the fact that the public supports open transgender military service, as well as the Supreme Court’s recent ruling that the Civil Rights Act protections trans people against employment discrimination.

“I have no updates for you,” McEnany responded, before adding, “But several of the events that you cited, like the Supreme Court ruling, I would refer you back to Justice Kavanaugh, who said, ‘We are judges, we’re not members of Congress. Instead of a hard earned victory won through the democratic process, today’s victory is brought about by judicial dictates.’ So we’ll always stand on the side of correct statutory interpretation.”

McEnany’s assertion of Trump’s “great record” with LGBTQ people flies in the face of the Trump administration’s actions since he took office in 2017.

GLAAD’s Trump Accountability Project, which monitors anti-LGBTQ actions by the president’s administration, has registered 153 attacks on LGBTQ people in the 1,271 days of Trump’s presidency.

That includes the administration stripping discrimination protections for transgender people from the Affordable Care Act during a global pandemic, as well as pushing ahead with plans to allow shelters to deny access to trans people.

His administration has also defended an Idaho law that bars trans female athletes from competing in women’s sports, argued that foster care agencies should be allowed to discriminate against same-sex couples, and hired a White House liaison who called America a “homo-empire” ruled by a “tyrannical LGBT agenda.”

And that’s only in the last month.

The Trump administration has also argued that it should be legal to fire LGBTQ employees, rescinded Obama-era guidance protecting transgender students, attempted to forcibly discharge HIV-positive members of the military, and fought to revoke the citizenship of a gay couple’s child.

Plus, Trump has nominated numerous anti-LGBTQ judges, hired anti-LGBTQ figures to his cabinet (including his vice president), and surrounded himself with anti-LGBTQ advisers.

His administration’s actions have been so blatantly anti-LGBTQ that in November last year, the bipartisan U.S. Commission on Civil Rights declared that Trump had “blatantly and deliberately” targeted LGBTQ people during his presidency. One member of the commission stated that Trump was “undoing decades of civil and human rights progress.”

McEnany also has a history of anti-LGBTQ rhetoric, including using her previous role as a political commentator to attack LGBTQ people.

She argued that the Supreme Court’s 2015 ruling legalizing marriage equality nationwide was a threat to religious liberty, said that allowing trans people to use bathrooms and other facilities matching their gender identity would lead to an increase in voyeurism and assaults against women, and claimed that Vice President Mike Pence “loves all people” after his anti-LGBTQ record was raised.

At the time of her hiring as Press Secretary earlier this year, GLAAD President & CEO Sarah Kate Ellis said in a statement that McEnany had spent her career attacking LGBTQ people.

“Whether it be her opposition to marriage equality or her attacks on transgender people, McEnany has shown that she knows how to, and even enjoys, using the media to spread dangerous, anti-LGBTQ messages to wide audiences,” Ellis said.

“Unfortunately, in her new role as Press Secretary, she will have the power to continue doing so, but now with the White House name attached to hers.” 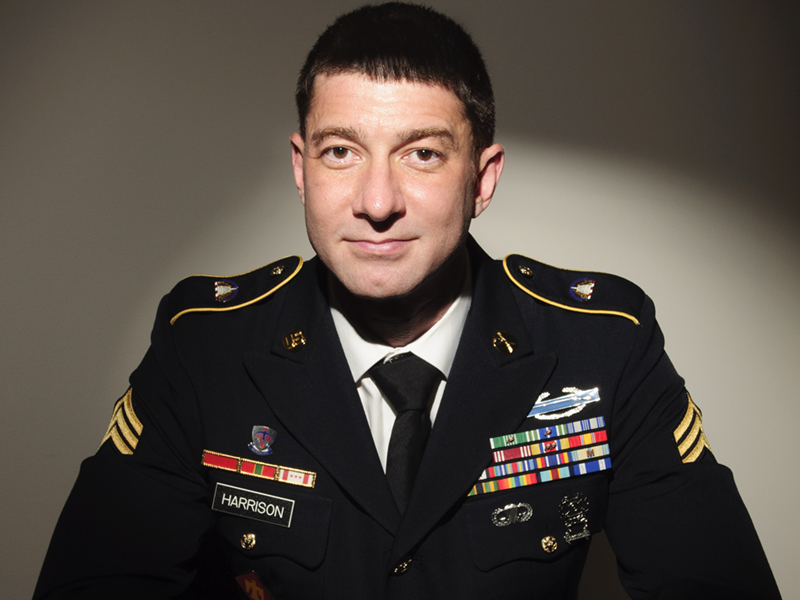 On Saturday, September 17, California Gov. Gavin Newsom signed a state bill into law that will provide assistance to military veterans who were forcibly discharged under the infamous "Don’t Ask, Don't Tell" policy.

"Don't Ask, Don't Tell" was first implemented in 1993, replacing the military's previous outright ban on gay and lesbian people serving in the Armed Forces. After DADT's adoption by the military, gay, lesbian, and bisexual people were permitted to join, but couldn't be open about their identity. But as the Military Times notes, the policy actually created a host of new problems -- including, but not limited to the fact that some service members were dismissed after being involuntarily outed by superiors or fellow service members -- and resulted in the dismissal of 14,000 LGBTQ individuals from the ranks of the major service branches.