Megan Rapinoe, Tourmaline, Halsey, and Greg Berlanti are also among the most influential people of 2020 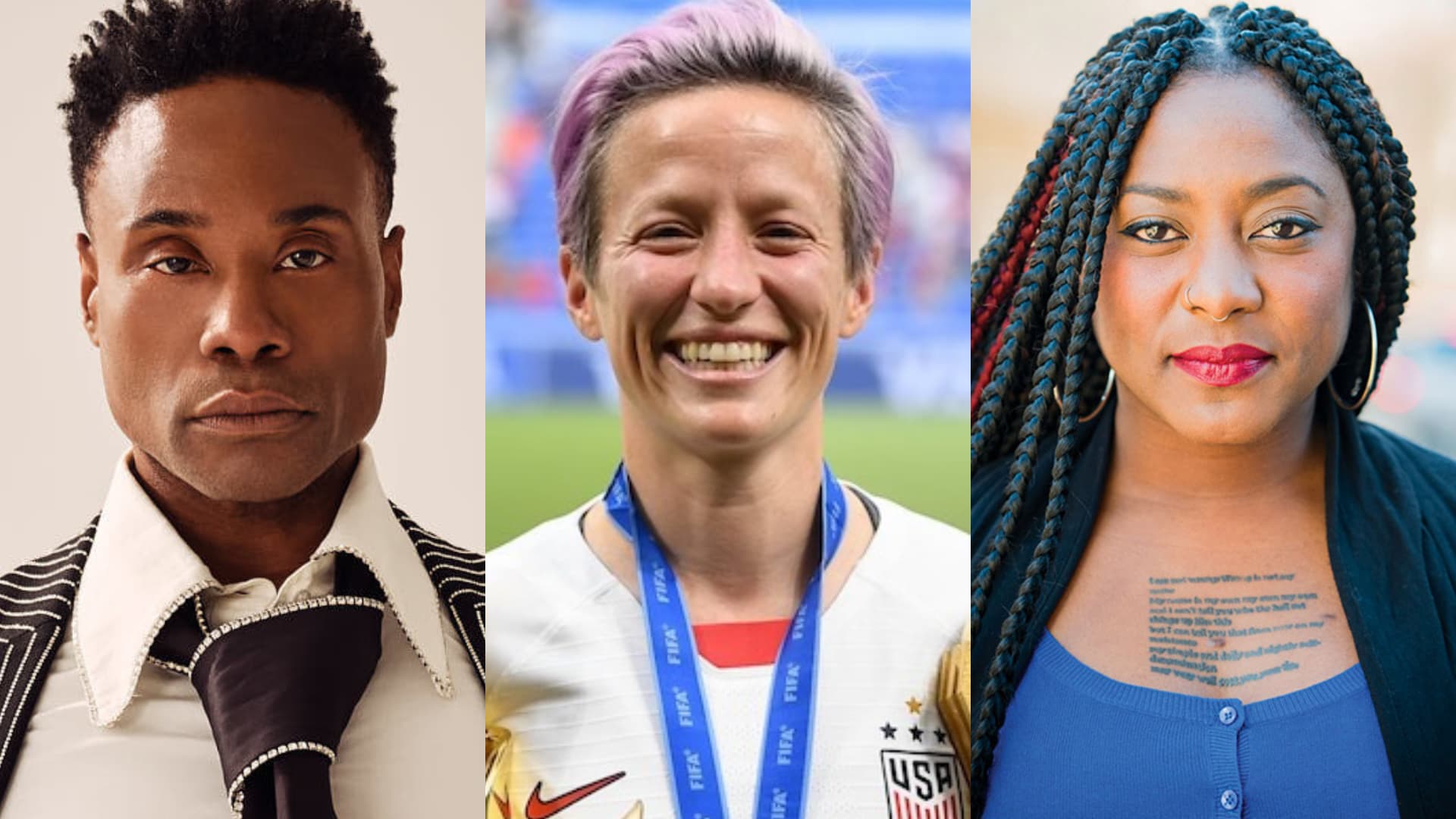 Time magazine has released its annual TIME 100 list of the most influential people of the year, and it includes a number of LGBTQ people.

Also included are LGBTQ allies Gabrielle Union and Dwayne Wade, who gained notoriety for their loud and proud support of their trans daughter Zaya.

Jennifer Garner wrote Greg Berlanti’s piece for Time, after working with him on 2018’s Love, Simon, the first gay teen romcom from a major film studio. Garner called Simon’s coming out scene to his mother, Garner’s character, the “most beautiful scene I had ever read,” and said Berlanti’s script was “fresh and brave, with a teen protagonist who just happened to be gay. In other words, exactly what the world needed.”

Garner continued: “Love, Simon follows me around in the happiest way. More times than I can count, strangers have felt moved to talk to me about the film and have cited my scene with Nick Robinson as a source of comfort and wisdom in their own journeys.”

Tsai Ing Wen, president of Taiwan, wrote the blurb for Chi Chia-wei, who was instrumental in the fight for marriage equality in the country and the first person to come out as gay on national television. Tsai said that, through the years, “Chi has stood tall against immense prejudice with his larger-than-life courage. I’m confident that Chi will light the way to a future where everyone deserves to love and be loved.”

Rapper and actor Common wrote Angela Davis’ blurb, sayingg of the Black lesbian activist that, as a political leader, “she was attacked, hunted and imprisoned; she dared to stand against a racist system. She’s seen and witnessed it all, and she continues to inspire, educate and resist oppression.”

“Halsey is not only a strikingly talented artist, but also a dedicated partner who sincerely devotes everything to the art we create together,” they wrote. “She inspires us, and we’re incredibly honored to be able to call her our cherished friend. We cannot wait to see what she has for the world down the road.”

Cyndi Lauper wrote Billy Porter’s TIME 100 piece, after both earned Tony Awards for their work on the Broadway musical Kinky Boots. “When I wrote the songs for Lola for Kinky Boots and then met Billy, I knew he was Lola. He brought her to life,” she wrote. “His portrayal was one of the most important reasons for the show’s success. Billy can sing anything. He brings electricity into a room. When you watch him on Pose, you experience that same magic.”

Lauper added: “You want to see living proof of talent, perseverance, tenacity, resilience, dedication to craft? When he couldn’t get in the front door, the side door or the window, he found a whole other route. And now…the whole world has found him, and that makes me so happy.”

Sen. Kirsten Gillibrand applauded Megan Rapinoe, who led the US Women’s National Team to a World Cup victory in 2019, for daring to be an activist as well as an athlete. “Rapinoe’s impact goes far beyond the pitch,” Gillibrand wrote. “In an era where many demand that athletes ‘stick to sports,’ Rapinoe — a proud feminist and an out gay advocate — refuses to be silenced. In the past year, her activism for gender pay equality, racial justice and LGBTQ rights has become as iconic as her fabulous pink hair. Some critics are threatened by her boldness and power. Millions of her fans around the world — and I count myself one — are inspired.”

As deputy director for transgender justice at the ACLU, Chase Strangio helped represent Aimee Stephens, whose lawsuit after she was fired for being transgender led to a landmark Supreme Court ruling that LGBTQ people are protected against workplace discrimination by the Civil Rights Act of 1964. Laverne Cox said Strangio’s “expertise as a trans person himself was integral in crafting the arguments that won the case, and in painting the beautiful humanity of trans people for the court.”

“Chase has the fortitude to speak with clarity on the messy contradictions and limitations of our legal system, while simultaneously wielding the powers of that system to help the most vulnerable,” she wrote. “Now he is being heralded as the lawyer behind the biggest LGBTQ+ legal victory in history. I couldn’t be prouder to call him my friend.”

Trailblazing writer, producer and director Janet Mock penned the blurb for filmmaker and activist Tourmaline, who has worked to ensure that people of color aren’t whitewashed out of LGBTQ history, and whose short film Salacia, about a Black trans outlaw, was recently added to the Museum of Modern Art’s permanent collection.

Mock wrote: “Because of Tourmaline, my particular experience as a Black trans woman also speaking uncomfortable truths was validated and affirmed…. Because of Tourmaline, Black trans women exist in a mainstream art institution, where thousands will witness us taking up space, centered in the frame as our own heroes. Tourmaline is a beacon in the foreboding darkness, lighting a pathway toward better tomorrows.”

“Since the video came out of the brutal killing of George Floyd, people are actually witnessing what African Americans have been going through most of our lives,” she wrote. “Once you see it, you can’t unsee it. Once you feel the pain in your chest, you can’t unfeel that pain. I’m glad to see there are more young people getting involved, more nationalities, more races — the protests are now a rainbow of people from all walks of life, in different countries, joining and saying, “Black lives do matter.”