Better known up to this point for his live performances and writing credits on other albums, Waylon Payne’s most recent album makes a strong case that he deserves to be better known. Blue Eyes, the Harlot, the Queer, the Pusher, and Me (★★★★☆) is a frank and up-front record that leaves about as little to the imagination as its verbose title. Payne combines deeply personal reflections with an intimate sound that draws on the best of classic, acoustically-driven country.

With a drawl in his voice that is distinct and magnetic, Payne is instantly recognizable for his vocals, but his other great strength is his gift for thoughtful and incisive storytelling. Blue Eyes tells a series of stories presented in four “acts.” Although told chronologically, the album is far more than a straightforward narrative of events. Payne lays out his experiences as a kind of emotional journey told in vignettes, beginning with the iconoclastic “Sins of the Father,” a powerful opener that sees him reckon head-on with the scars and destructive lessons of his upbringing. The feeling of aimlessness that pervades the first part of the album peaks with the sixth track, “Shiver,” chronicling a trip to Las Vegas and an encounter with an escort that went sideways and left him feeling worse than when he went into it. It’s a heavy downer of a song that nevertheless stands out as one of the most arresting and memorable tracks.

After the stark, shrugging resignation of “Born to Lose,” his tone begins to turn around into a more hopeful sense of forward momentum. By “Back from the Grave,” a decidedly upbeat track full of warm, twangy electric and steel guitars, we find him in a better place, having woken up from whatever. On the following track, “After the Storm,” he hammers the point home with a matter-of-fact recounting of the large and small traumas that have colored his life and shaped his sense of self, but that he is glad to put behind him. 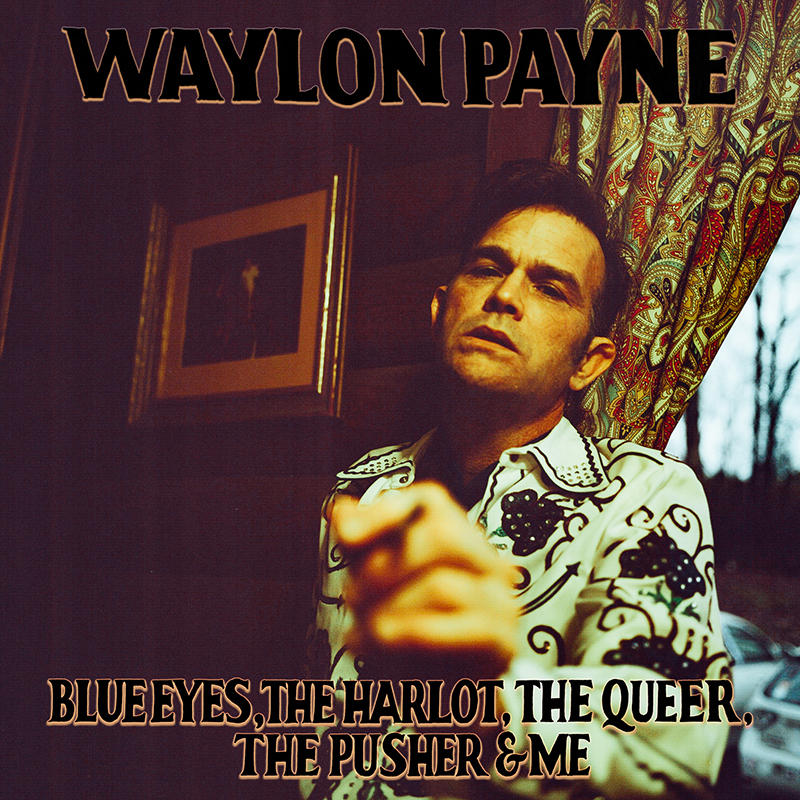 Payne is far from the only country singer to bare his soul in this way, but the way he tells his stories, touching on abandonment, drug use, sobriety, and attachment, is uniquely his own. Openly gay since college, those experiences thread their way into his songwriting in ways that are both subtle and more overt. He puts it bluntly on “After the Storm,” crooning, “I hated most men, when I didn’t love ’em.”

As heavy as his material gets, Payne’s honesty and warmth make his songwriting a joy to get lost in. Far from being cheaply sentimental, Blue Eyes, the Harlot, the Queer, the Pusher, and Me exits on a high note, having told a story that is fraught with hardship and ends up with some hard-won good feelings. Waylon Payne proves himself a master of classic country, bringing in all the intimacy, warmth, grit, and honesty of the genre at its best.

Blue Eyes, the Harlot, the Queer, the Pusher, and Me is available to stream on Spotify and Apple Music.

← Previous Story Peppermint centers the trans experience in new EP ‘A Girl Like Me’
Next Story → ‘Positions’ review: Ariana Grande plays it safe with a solid, enjoyable album