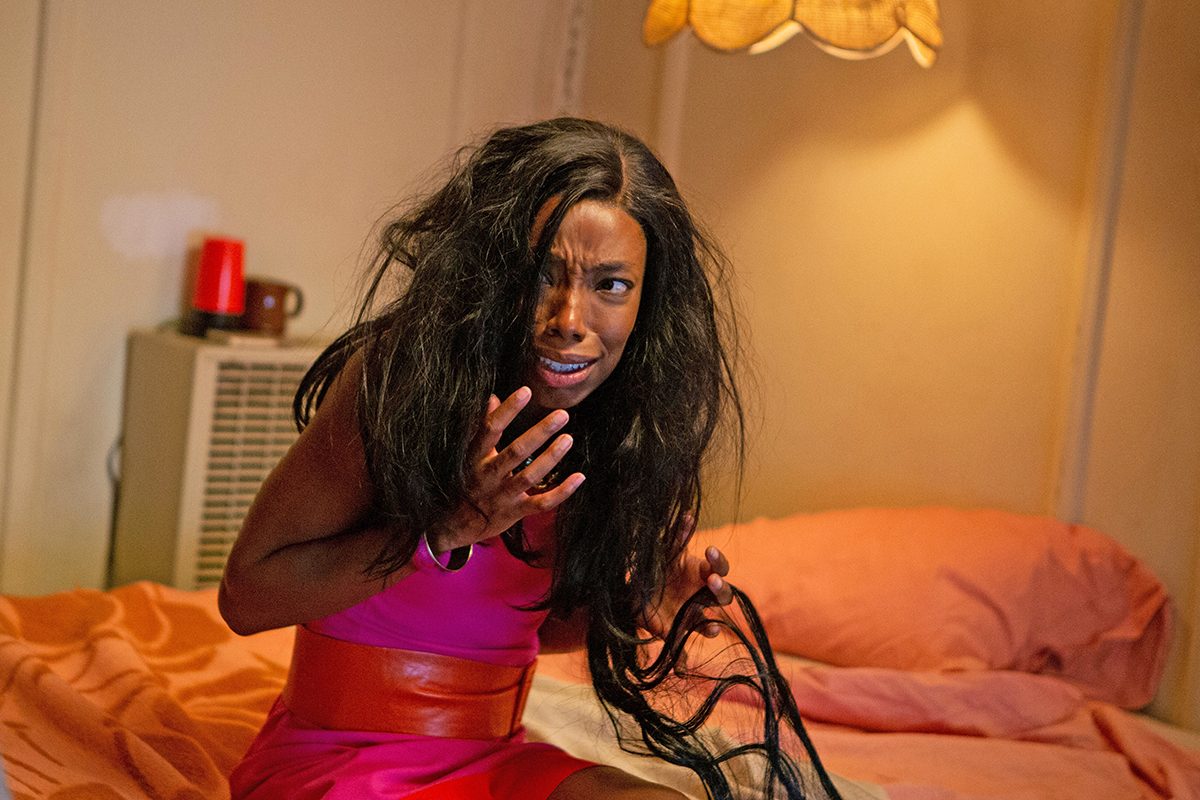 An ambitious entry in the camp horror canon, Bad Hair (★★★☆☆) hits harder as an ’80s-spoofing comedy than with its supernatural tale of a young Black TV exec pulled asunder by her cursed hair weave. Drawing on folklore, horror legend, and the knotty racial history of changing attitudes towards Black folks’ hair, the film provides some fierce scares and cultural commentary, before a third-act plot implosion wraps writer-director Justin Simien’s satire on a blah note.

The Dear White People creator’s film follows bright but timid Anna (Elle Lorraine) into the cutthroat corporate environs of music video channel RMV. Anna wears her hair natural, and she’s deemed too “urban” for a VJ gig at rock-driven RMV, though she’s not “urban” enough for an on-camera spot at corporate sister network Culture, where she toils as an associate producer. But Anna gets her chance to move up at Culture when new management, led by the ’80s-movie villain-esque Grant Madison (James Van Der Beek), shuffles the deck of on-air talent.

Anna finally has an on-air opportunity dangled under her nose — but first, she’ll need to spruce up her look a little. Wouldn’t she like her hair to be straight, long, and easy, like her new boss, the “first-Black supermodel” Zora Choice? Played by a true legend, Vanessa Williams, Zora registers as not that far on the bad bitch spectrum from Williams’ devious Ugly Betty magazine exec Wilhelmina Slater. Williams probably never cursed so much in a movie, and it’s glorious to hear the star dropping f-bombs with trademark flair, while rocking the fabulous, big shoulder-padded wardrobe. Also, Zora has an intriguing twinkle of a sinister secret hidden beneath her serpentine weave. 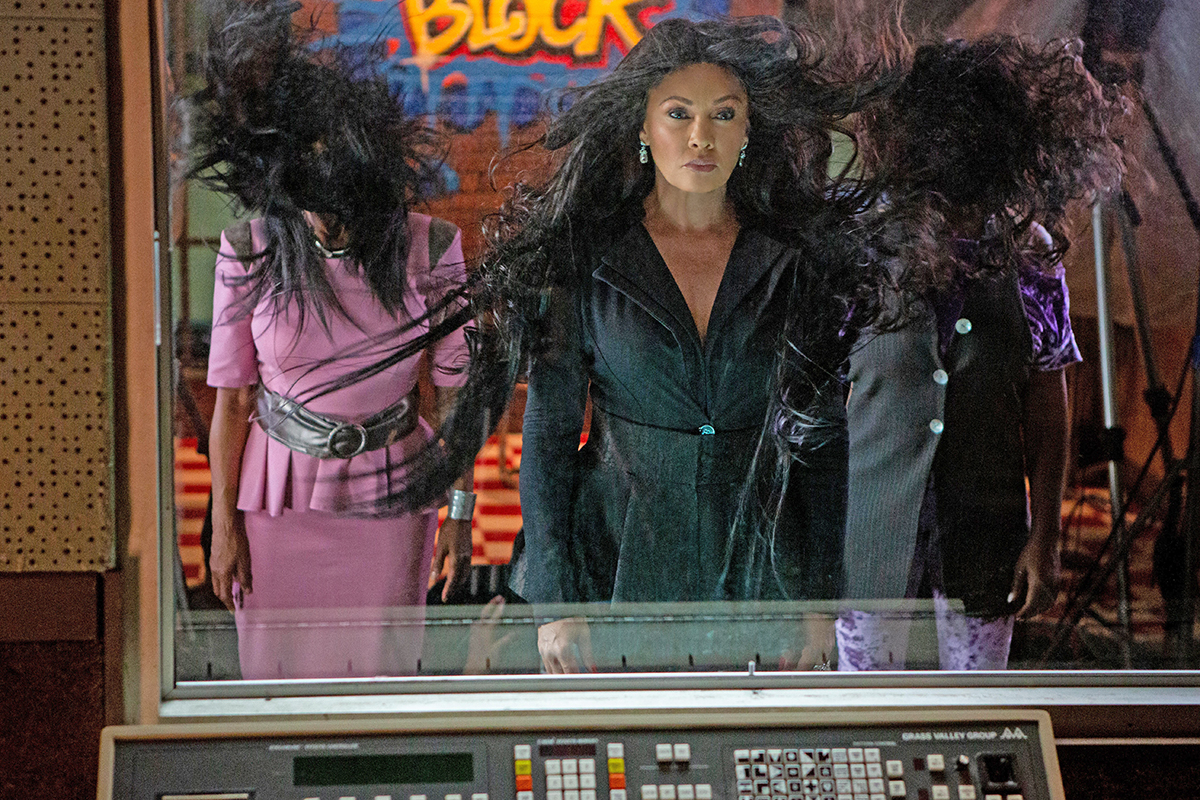 “It’s just hair,” the boss declares, but nappy versus straight hair has never been about just hair in this country. Simien weaves the tangled cultural web of racial hatred into the mix of deadly shenanigans caused by the wicked, blood-sucking, real human hair that Anna has added (painfully) to her scalp. But then the film can’t decide if Anna is victim or villain. Her friends and co-workers are drawn into the web, and the film skates past or through significant turns of plot or emotion, relying more on visual effects than suspenseful direction. Lorraine’s flat lead performance, alas, does not provide the galvanizing energy to hold it all together.

The movie’s comic voice and well-crafted ’80s vibe are what hold it together. From co-star Lena Waithe’s perfect Salt-n-Pepa-style, asymmetrical, braided bob to the choice casting of music superstars Kelly Rowland and Usher as New Jack celebrities of 1989, the comical costumes, hair, and music definitely have the right stuff, and do not disappoint.

André Hereford covers arts and entertainment for Metro Weekly. He can be reached at ahereford@metroweekly.com. Follow him on Twitter at @here4andre.
← Previous Story Friendsgiving review: Ensemble LGBTQ-themed comedy makes for an uneven meal
Next Story → In ‘Nora Highland,’ Ryan Spahn addresses a huge LGBTQ casting problem