A final attempt by outgoing anti-gay Rep. Todd Akin (R-Mo.) to target gay and lesbian troops by writing discrimination into the Pentagon’s budget appears to have failed. 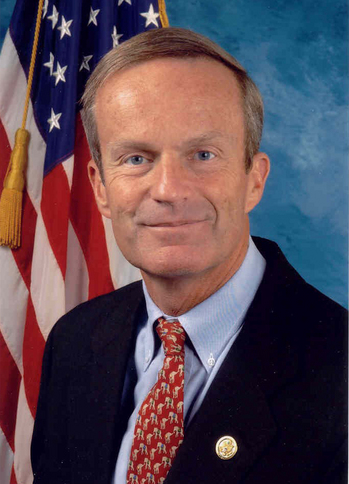 In the final language of the $633 billion defense authorization bill for fiscal year 2013, a provision authored by Akin that purported to protect the religious views of servicemembers and military chaplains on the “appropriate and inappropriate expression of human sexuality” has been watered down considerably.

Akin’s provision, which was first introduced as part of the House version of the bill in May, was believed by many as an attempt to permit harassment and ban same-sex weddings from occurring on military bases, despite a Defense Department policy that already ensures no chaplain can be forced to perform a same-sex marriage.

The Senate and House versions of the bill were combined by lawmakers in a conference committee on Tuesday, which stripped much of Akin’s language without doing away with theunnecessary provision entirely.

In the final language of Section 533 of the National Defense Authorization Act obtained by Metro Weekly, the “conscience clause” simply states that servicemembers’ and chaplains’ “moral principles” and “religious beliefs” must be accommodated “in so far as practicable.”

Moreover, no member of the military may “require a chaplain to perform any rite, ritual, or ceremony that is contrary to the conscience, moral principles, or religious beliefs of the chaplain.”

Chaplains are also protected against discrimination or “adverse personnel action” on the basis of their refusal to comply with any of the previously described rituals or ceremonies. According to a summary of the bill released by Democrats on the House Armed Services Committee, “The protection does not protect the speech or conduct of an individual, and preserves the authority to take disciplinary or administrative actions that threaten good order and discipline.”

Akin made waves earlier this year when he said “legitimate rape” rarely causes pregnancy during his failed bid for Claire McCaskill’s Senate seat.

Although the language is a stark improvement over what was originally proposed by Akin and pushed for by some House Republicans, LGBT advocates continue to voice trepidation to the inclusion of a “conscience clause” two years after Congress successfully repealed the military’s ban on out servicemembers.

“On the second anniversary of the passage of ‘Don’t Ask, Don’t Tell’ repeal, it is disheartening that Congress included this unnecessary intrusion into matters that historically have been reserved for military commanders,” OutServe-SLDN Executive Director Allyson Robinson said in a statement. “Department of Defense policy already guarantees that no service member or chaplain is ever punished for his or her religious beliefs unless he or she acts on those beliefs in a way inconsistent with military law or good order and discipline. It will now be up to the Pentagon to deal with this ‘solution in search of a problem’ and promulgate implementing regulations that preserve good order and discipline and empower commanders in the field to deal with anti-gay discrimination and bias when they occur.”

Robinson added that the inclusion of such a clause – even watered down – speaks to the fact that some members of Congress remain bent on second-class status for gay and lesbian servicemembers.

“This fight is a reminder that the gains we have made are fragile and that we must be ready to defend them at a moment’s notice, even while we are pressing forward on issues such as military nondiscrimination protections for LGBT service members and benefits for same-sex spouses and families to achieve true equality in our military,” Robinson said.

Earlier this week, advocates took a hard-line stance against the push for a more blatantly anti-gay provision before the final language of the bill was released. In a statement released Tuesday, R. Clarke Cooper, executive director of Log Cabin Republicans and a combat veteran, said Akin’s language attempted to fix a nonexistent problem.

“There is no call for intrusion by members of Congress pushing an agenda targeting service members and their families for discrimination,” said Cooper. “The last thing we need is Congressman Akin pulling us into a culture war through antigay amendments to the National Defense Authorization Act hiding behind religious freedom.”

Democrats have been open about their opposition to any “conscience clause” in the defense budget, arguing that such protections already exist. According to Drew Hammill, spokesperson for House Minority Leader Nancy Pelosi, the California Democrat “strongly opposes the inclusion of a ‘conscience provision’ in the final NDAA conference report.”

“This language is a completely unnecessary attempt to address a phantom problem,” said Hammill. “‘Don’t Ask, Don’t Tell’ is in the dustbin of history where it belongs and Republicans need to stop trying to alter the tide of progress for gay and lesbian servicemembers.”

[Photo: Todd Akin (Courtesy of the U.S. House of Representatives).]