”There was just something about his smile,” Bamford recalls. ”A.J. wasn’t the type of guy you’d notice at first, but when you did, you were drawn to him. He was so genuinely full of life. He was very enthusiastic about life, and happy.”

That same zest for life was apparent when Williams, when appearing as a Metro Weekly Coverboy in February, chose to share his life philosophy, telling readers: ”Yesterday is history, tomorrow is a mystery, today is a gift. That’s why they call it the present.” 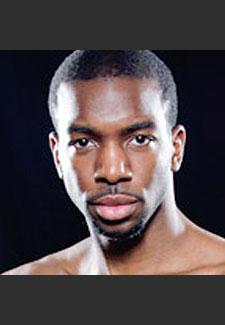 Three months later, during the early morning hours of June 6, Williams’s life was cut short after his car crashed into a tree and a brick wall close to the intersection of University Boulevard West and Dennis Avenue in Silver Spring.

According to Montgomery Community Media, Montgomery County Police say that Williams, who was driving, lost control of his car going around a curve past Dennis Avenue, injuring both Williams and a passenger. Williams was transported to Washington MedStar Hospital, where he was later pronounced dead. The passenger was hospitalized with serious injuries.

Bamford, a former Washingtonian who moved to North Carolina but kept in touch with Williams, says that Williams, who most recently worked as a bartender at Remington’s and previously at Ziegfeld’s/Secrets and the Fireplace, was in the process of trying to start a modeling career.

Because Williams did not have life insurance, and his family cannot fully afford the funeral expenses, Bamford says several of Williams’s close friends and former colleagues have planned a fundraiser in memory of the quirky and fun-loving bartender.

”When I first met A.J., he didn’t even work for the club, but he’d pick up empty glasses unasked,” Ziegfeld’s/Secrets bartender Russell Schuerch says of his former co-worker. ”He was always hugging people, saying hi, making them feel appreciated.”

Schuerch and Bamford quickly put together a Facebook page announcing an event at Ziegfeld’s/Secrets on Friday, June 14, at 10 p.m.

According to Schuerch, who will be working at the Secrets upstairs VIP ”shower” bar, he will be collecting money on Friday and Saturday nights and donating 100 percent of his tips to a fund to defray the costs of Williams’s funeral expenses.

”We just want to do the best for his family,” Schuerch says.

Those wanting to support the fundraising effort may donate to the Aaron Jerel Williams Memorial Fund, which was set up by Williams’s relatives. The fund’s organizers hope to raise $13,000 to pay for final arrangements. That fund can be accessed online at youcaring.com and entering the search term: ”Aaron Jerel Williams.”

As of press time Friday morning, nearly $6,300 had been raised.

Williams’s boyfriend, Walter Somarriba, will also be working at Secrets this weekend while Schuerch collects tips for Williams’s funeral expenses.

”I first saw him at the Metro at Fort Totten,” Somarriba says of Williams. ”I saw him out of the corner of my eye, wearing a leather armband and a tank top.”

While riding on the Red Line, Somarriba says the train stopped between the Brookland and Rhode Island Avenue stops. During the delay, Williams caught his eye, winked at him, and after Somarriba winked back, Williams eventually moved to sit next to him.

”He asked me very direct questions,” Somarriba recalls. ”Was I gay or straight? How old was I?”

Soon after, the couple had their first date at the Mall at Prince Georges. June 24 would have marked their one-year anniversary as a couple.

Somarriba says he’ll always remember Williams as the boyfriend who helped him grow up and become a more responsible, even helping him get his first job at Secrets.

”I knew he always loved me,” Somarriba says. ”He taught me how to care for myself. I do miss his smile, though. I’d often look over and see him smiling, and I’d always ask why. He’d say to me, ‘Can’t I smile at you? Can’t I smile at the one I love?’ He was a very sweet guy.”