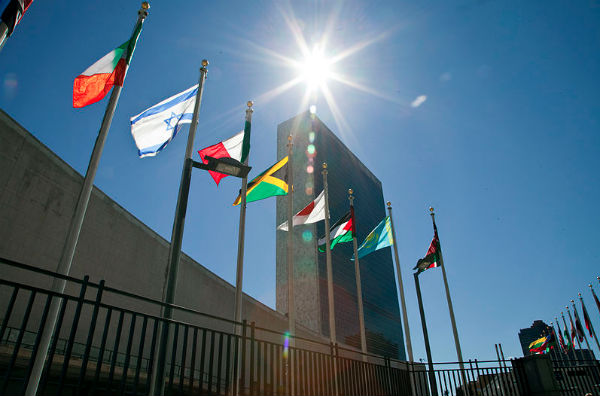 “The movement to block the participation of NGOs on spurious or hidden grounds is becoming epidemic and severely damages the credibility of the UN.”

–United States Ambassador to the United Nations, Samantha Power, in a letter to the president of the UN General Assembly, Mogens Lykketoft. Power was protesting the exclusion of 11 LGBT organisations from a U.N. meeting on ending AIDS, Reuters reports.

The reason for their exclusion? The Organisation of Islamic Cooperation, a bloc of 51 Muslim-majority nations including Saudi Arabia, Iran, Sudan and Egypt, wrote to Lykketoft and objected to the LGBT groups being in attendance — though they provided no concrete reason for their objections.

Power’s letter criticized the actions of the OIC, as well as Lykketoft for bending to their will. She indicated that the groups had been blocked simply because they were LGBT.

“Given that transgender people are 49 times more likely to be living with HIV than the general population,” she wrote, “their exclusion from the high-level meeting will only impede global progress in combating the HIV/AIDS pandemic.”

Representatives for the European Union and Canada also expressed their disapproval over the OIC’s actions, according to U.N. officials.

Rhuaridh Marr is Metro Weekly's online editor. He can be reached at rmarr@metroweekly.com.
← Previous Story Italy will finally recognize same-sex unions — with some concessions
Next Story → Gay Syrian refugee couple end up 2,500 miles apart after resettlement