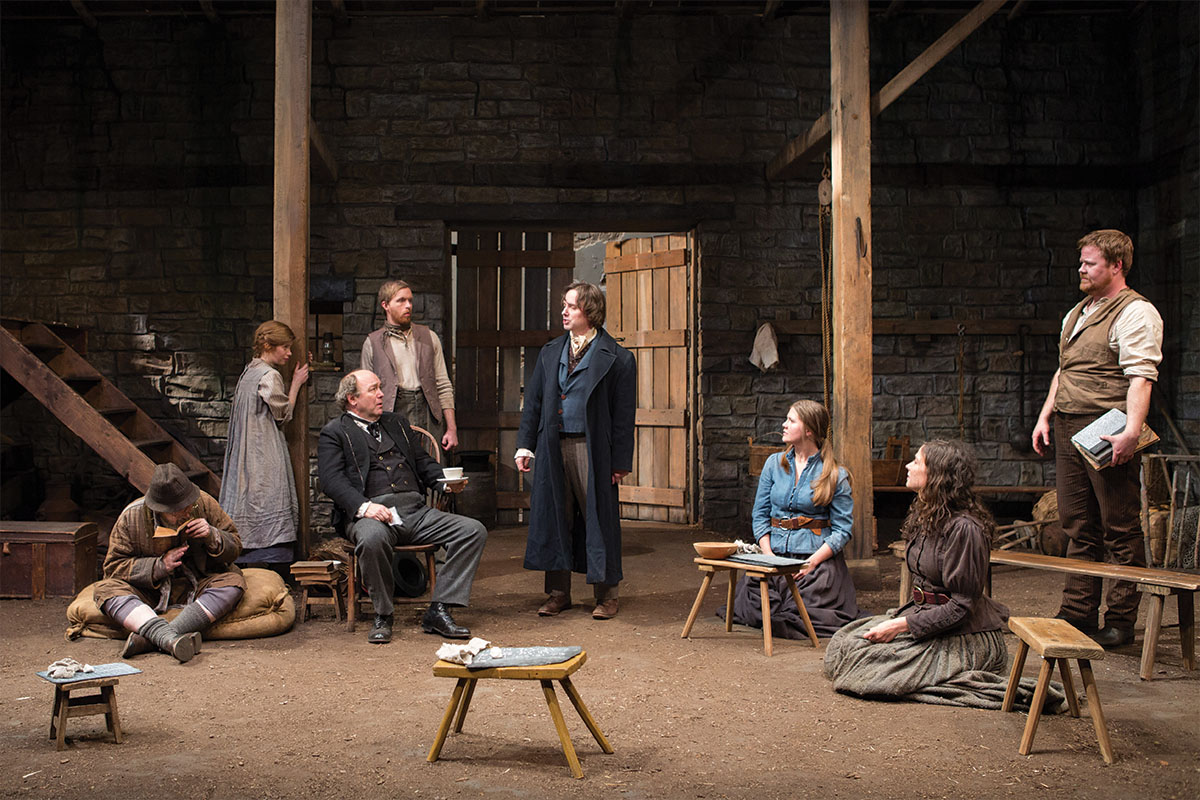 The designers and craftspeople responsible for Studio Theatre’s Translations (★★½) have achieved for director Matt Torney a transporting, almost cinematic, visualization of the play’s setting in a 19th-century Irish parish. Debra Booth’s vividly rendered rustic, stone cottage school, and Wade Laboissonniere’s costumes, lit evocatively, conjure the period and the conditions of a rural village. But the performance of Brian Friel’s linguistic drama, written in 1980, feels at times as dry as the stones of said cottage. The visuals draw the audience closer for a presentation that’s too sluggish to deeply engage.

On the cottage’s dirt floors, professor Hugh (Bradley Armacost) runs a hedge school, teaching the classics in Greek and Latin to poor, working townsfolk like Doalty (Joe Mallon), Bridget (Caroline Dubberly), and the adorably addled codger Jimmy Jack (Martin Giles). Hugh’s dutiful son, Manus (Matthew Aldwin McGee), left lame by an accident suffered in infancy, takes on most of the chores at the school, including teaching class when his dad’s off drinking. Early on, Manus demonstrates his kindness and patience teaching shy, young Sarah (Megan Graves) to speak her name. And he reveals his heart to Maire (Molly Carden), the tempestuous lass he fancies.

Maire is aching to get out of their provincial village of Baile Beag, where every year folks distress themselves worrying about the next potato blight. “Some of you people aren’t happy unless you’re miserable,” she tells them.

She wants Manus to teach her English, so she can move to America, but she’d consider staying in Ireland with him if he could get a good job, and make some real plans. However, theirs and everyone’s plans and lives are disrupted by the arrival of the King’s royal engineers, soldiers sent to survey for new maps and rename local places in the King’s English.

Assisting the royal army’s Captain Lancey (Jeff Keogh) and Lieutenant Yolland (Cary Donaldson) in their efforts to Anglicize the region’s record is Hugh’s oldest son, Owen (Erin Gann). The prodigal son has returned from six years in Dublin, well-educated in English and on the royal payroll as a translator.

Owen breezily sells his family and friends on the necessity of changing Irish to English, despite feeling conflicted about the royal authority’s mission to erase Gaelic from the maps and from history, turning towns with hard-to-pronounce-in-English names like Bun Na Habhann into Burnfoot.

The playwright has asserted that Translations is a play about language, and the story uncovers the awesome power contained in words to determine whose stories get told and remembered. Individuals and entire civilizations have been lost to the rewriting of names and places. 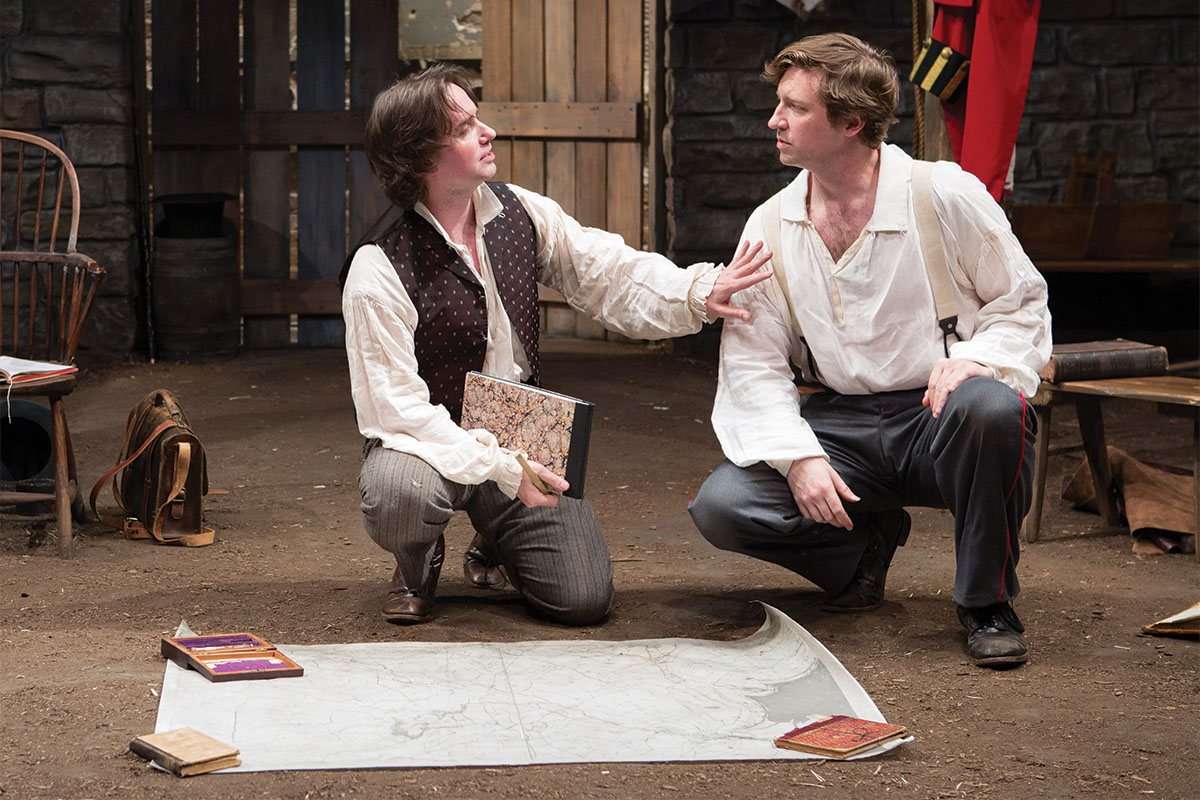 In Owen the play offers a compelling character, who’s aware of the historical and spiritual damage done by a ruling army that would paint over a place’s history. Yet, he also understands, as Maire points out, that the old language is a barrier to modern progress. Throughout, Owen and Maire are the play’s best instruments for probing this conflict between past and progress, and in turn, Gann’s and Carden’s portrayals are generally the matches most apt to strike fire in this otherwise droopy affair.

Giles does add local color, and a few well-delivered profundities, as the permanently soused Jimmy, but in general, the village folk don’t spring much to life. Although Armacost is fed several juicy speeches as headmaster Hugh, the actor relishes perhaps too fully in his authority with the poetic language that Hugh describes rapturously as “a syntax opulent with tomorrows.”

Time slows to a torpor with some of these exchanges, as shifting opinions and allegiances feel expressed, rather than thoroughly dramatized. Translations certainly communicates the value, and the price, of pursuing an education, but could do more to transmit entertainment value to keep us involved in the conversation.