Theater Review: Solas Nua’s “How to Keep an Alien” 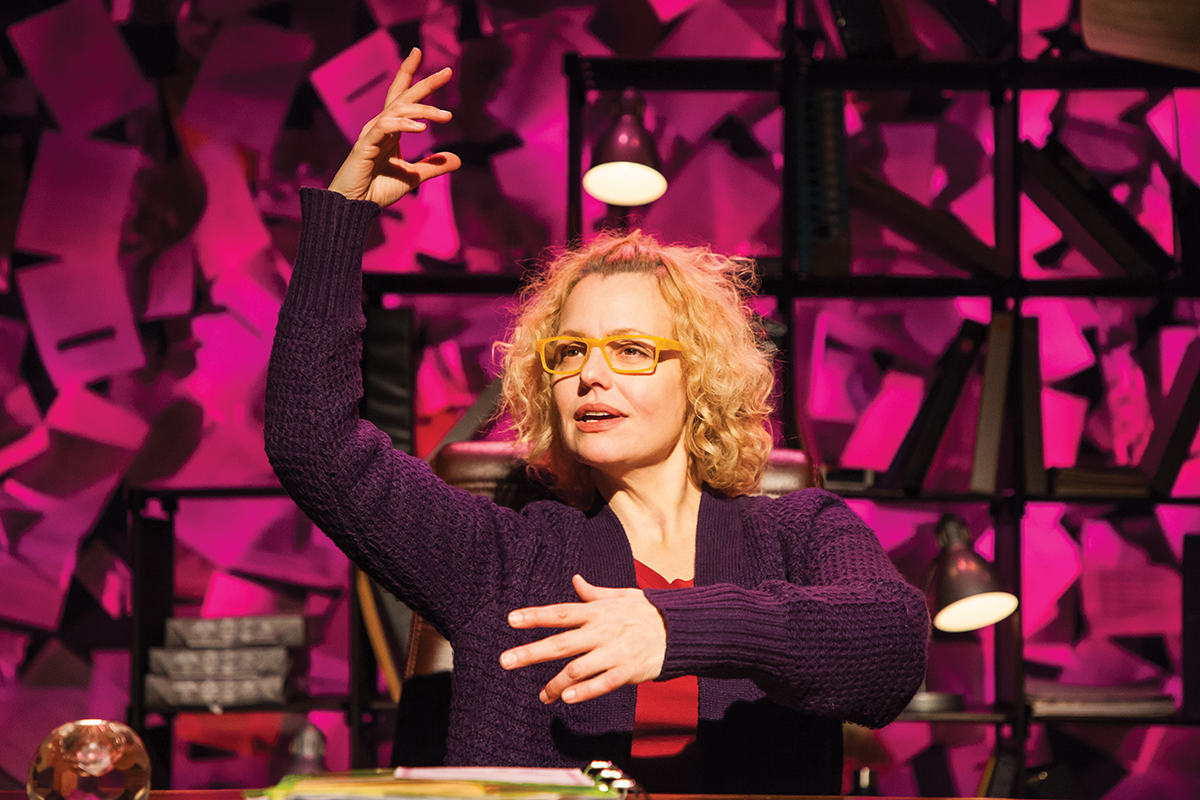 How to Keep an Alien — Photo: DJ Corey Photography

If Sonya Kelly’s How to Keep an Alien (★★), now at Solas Nua, a multimedia company devoted exclusively to contemporary Irish arts, isn’t quite diverting enough, it isn’t exactly the fault of Tonya Beckman and Nick Fruit, the two performers onstage. Beckman carries the bulk of the piece portraying a version of Kelly in this autobiographical comedy based on the Irish playwright’s romance with her foreign-born partner, Kate.

When the two meet, Kate’s resident alien status as an Australian living in Ireland is in jeopardy. She’ll be deported unless she can prove some Irish heritage. It’s during the course of a two-week reprieve from potential deportation that Kate and Sonya fall into a romantic bliss that will change both their lives.

Their experience fighting to prove their relationship to the government also awakens Sonya to the daunting challenges facing immigrants everywhere. While that awakening might be the play’s intent, Sonya and Kate’s love story, charming as it is, doesn’t really produce the transcendent effect of a hard-won lesson or epiphany.

Rendered, more or less, as a monologue by Beckman as Sonya, with frequent dramatic assists from onstage partner Fruit in various roles, the romance feels focused but light. Sonya and Kate are a pair of likable characters who seem to have never considered that crossing borders isn’t easy for anyone, anywhere, these days, even happy-go-lucky Australians.

Tom Story’s direction leans toward the comedy in the script, with the energetic Beckman plying an amusingly broad Aussie twang for Sonya’s loving impression of Kate, who might as well be from another planet, given how entirely foreign some of the Aussie’s ways seem to her partner.

Many of the other comic details are equally broad, though not always for the better. Heralding an arrival Down Under with the most obvious Men at Work music cue gets a laugh but doesn’t say anything specific about these two people. How to Keep an Alien seeks to magnify the small-scale story of one couple’s ordeal into a tale containing multitudes, but its reach doesn’t extend that wide.

How to Keep an Alien at Dance Loft

André Hereford covers arts and entertainment for Metro Weekly. He can be reached at ahereford@metroweekly.com. Follow him on Twitter at @here4andre.
← Previous Story Theater Review: An Inspector Calls at Shakespeare Theatre
Next Story → Theater Review: “Indecent” at Arena Stage