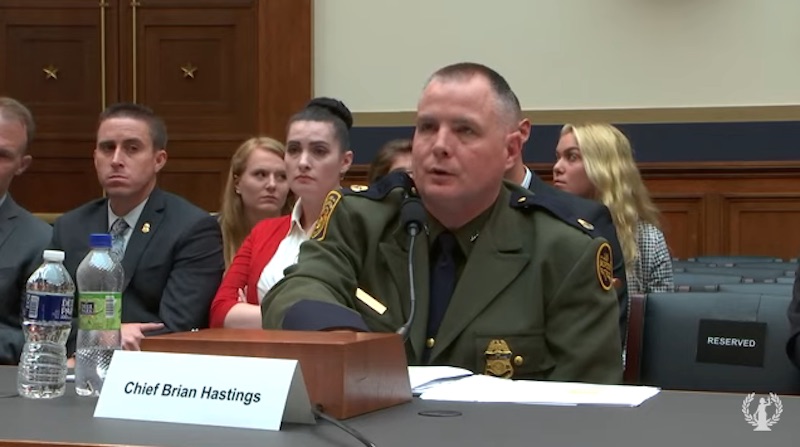 A top Trump administration official is clarifying statements he made last week implying that migrants’ HIV status could be used as justification for separating them from their children at the border.

Last Thursday, Customs & Border Protection Chief Brian Hastings testified before the House Judiciary Committee as part of a hearing designed to provide oversight of CBP and its policies dealing with migrant families who attempt to cross the U.S.-Mexico border illegally.

The Trump administration has largely been on the defensive since last year after it was revealed that, under its “zero tolerance” policy, it was detaining and separating parents from their children, placing the adults in federal jails and leaving the children in the custody of the U.S. Department of Health and Human Services while they wait for deportation hearings.

Last year, under heavy criticism, President Trump signed an executive order ending family separations at the border. Days later, a federal judge issued an order blocking the family separation policy and ordering children be reunited with their parents. But hundreds of children remain separated from their parents, living in makeshift facilities that have been criticized for unsanitary and living conditions that most Americans would consider substandard.

That’s why Hastings’ testimony raised eyebrows when he appeared to say, under questioning from U.S. Rep. Jamie Raskin (D-Md.), that family separations are still occurring in some instances when an adult has a “communicable disease.”

Even more alarming, to health experts and immigration advocates alike, was when Hastings appeared to agree with the classification of HIV as “communicable,” which generally means that a disease can be transmitted easily through human contact (HIV cannot be spread through casual contact).

“If a mother or father has an HIV positive status, is that alone enough to justify separation from their child?” Raskin asked Hastings.

“It is, because it’s a communicable disease under the guidance,” Hastings replied.

“We have reports of kids being separated from their parents on that basis,” Raskin told Hastings. “Is that what we mean by communicable disease? It’s not communicable from contact.”

Hastings responded: “I’m not sure if that came from legal counsel. I believe that is defined as a communicable disease.”

“Do you have a list of the communicable diseases?” Raskin asked.

“Not with me, sir, no,” Hastings replied.

“I mean the flu is communicable,” Raskin countered. “Would we separate parents from their kids if a mom or dad had the flu?”

Even though Hastings reiterated over and over again that “separation is not taken lightly” and that separate cases will differ based on individual circumstances, the exchange with Raskin sparked immediate outrage among immigration and HIV advocates, who blasted CBP over the concept of using HIV status as a justification for separation. 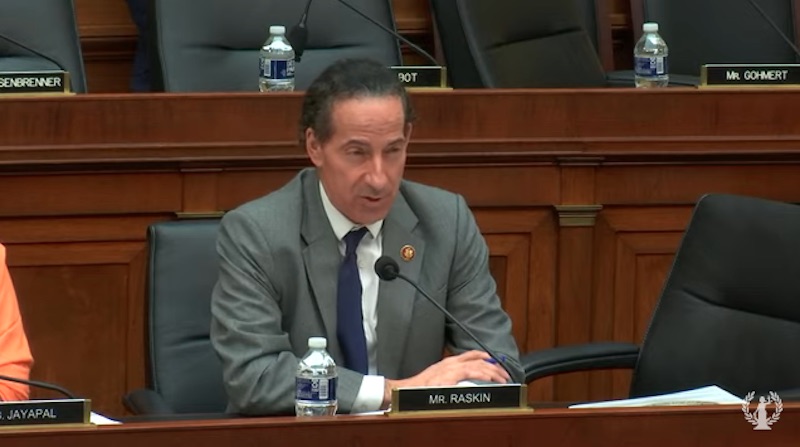 “Targeting people living with HIV as part of the cruel family separation policy is a new low for the Trump administration,” the LGBTQ advocacy group GLAAD said in a statement. “This policy relies on discriminatory falsehoods about people living with HIV, and will undoubtedly bring harm and further stigma.”

“HIV has not been considered a communicable disease of public health significance since 2010 when advocates succeeded in ending the HIV Travel and Immigration Ban. Immediately after the ban was lifted, the CDC removed HIV from its list of communicable diseases,” Aaron C. Morris, the executive director of Immigration Equality, said in a statement. “We are appalled to learn that the U.S. government is again stigmatizing immigrants living with HIV. Separating children from their parents because they are HIV-positive deeply misunderstands basic public health and will irreparably harm families and children.”

Metro Weekly sent an email asking CBP for a copy of the guidance that was cited by Hastings during the hearing and if HIV was being considered a “communicable” disease that would merit separating children to protect their health.

In response to that inquiry, CBP issued the following statement, attributable to Hastings:

“As I noted multiple times when presented with hypothetical scenarios or specific allegations by members of the Committee, I would need to review the full facts and circumstances associated with a case before speaking definitively,” he said. “To clarify my exchange with Rep. Raskin regarding potential reasons for separation due to communicable diseases, while HIV is not a communicable disease that would bar entry into the U.S., HIV does present additional considerations that may affect how migrants might move forward in processing.

“CBP would not separate families due to the communicable nature of HIV. Generally speaking, separations of this type are due to the potential requirement for hospitalization and whether it is in the best interest of the child to wait for the disposition of the their parent in HHS or CBP custody,” Hastings continued.

“Similarly, while a simple flu case would generally not be grounds for separation, complications requiring hospitalization may impact the best approach for maintaining custody of the child,” he added. “For these reasons, Border Patrol makes all separation decisions on a case-by-case basis and these decisions are not taken lightly.”

NMAC, a national nonprofit organization focused on mitigating and combating the HIV epidemic among marginalized and underserved communities, released a statement condemning the use of HIV status to justify separations as “wrong on multiple levels.”

The organization noted that not only is HIV not “communicable,” but separating people with HIV from their only support system could be “disastrous for their health, particularly in stressful and unstable conditions.” Additionally, the organization said it was concerned about whether those in U.S. custody who have been diagnosed with HIV are receiving treatment, as delays or interruption in care will endanger their health and lives.

Watch the video of the House Judiciary Committee’s hearing below (Raskin’s exchange with Hastings starts at 2:25:56):