According to the NGLCC, ”the Chamber of the Year is seen as a role model for other chambers and an example of what an LGBT chamber or business organization should be.” 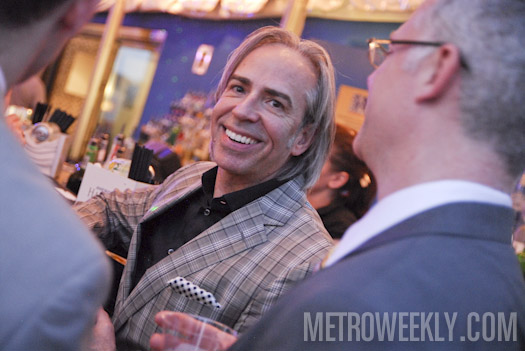 While it’s understandable that the honor came as a surprise, it was particularly unexpected in that CAGLCC hadn’t applied to be considered for this top honor. Instead, the chamber had applied to be considered for 2012’s ”Rising Star” award, ”given to a chamber that exhibited vitality and relevance in its community, brought a unified voice to the LGBT business community it serves, and has proven its commitment to being part of the broader national movement.”

”We were incredibly surprised. We looked at the requirements for Chamber of the Year and just expected the competition would be fierce,” he said of the decision to apply to be considered for Rising Star. ”Obviously, the national chamber thought otherwise.”

Chamber President Ernesto Santalla, president of Studio Santalla architecture and interior design, accepted the award with Guenther in Chicago this morning. Along with sharing the stage, he also shared Guenther’s surprise.

”There were 23 applications for this award, and we hadn’t applied for it,” Santalla explained. ”They thought enough of us that they thought we ranked in a higher category. That the organization does well is important, but recognition from your peers is equally important. The recognition of the umbrella organization is absolutely the highest honor we could receive.”

Drafting the application for the Rising Star award fell largely to Sean Bugg, vice president of the chamber and Metro Weekly co-publisher. He said that process was important, but couldn’t accomplish anything more than what CAGLCC had to back it up.