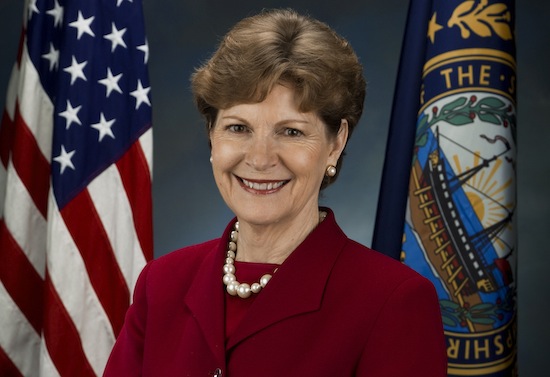 According to a news release, the Senate Committee on Veterans’ Affairs approved the the Charlie Morgan Military Spouses Equal Treatment Act with a bipartisan voice vote. Although the Supreme Court struck down Section 3 of the Defense of Marriage Act, defining marriage as between a man and a woman, areas of U.S. code regulating veterans’ benefits still do not recognize same-sex marriages.

“The Supreme Court’s ruling on DOMA was a victory for the belief that all Americans are to be treated equally under the law, and I am pleased the Veteran’s Committee has built on the landmark progress we’ve seen for marriage equality,” said Sen. Jeanne Shaheen (D-N.H.), who introduced the legislation in February, in a statement. “I hope the full Senate will move forward on the Charlie Morgan Act so that finally no spouse, child or family is denied benefits they have earned and deserve.”

The bill, which is named after New Hampshire National Guard Chief Warrant Officer Charlie Morgan who died of breast cancer earlier this year, would address those areas of federal law in order to put policies of the Department of Veterans Affairs in line with the post-DOMA legal landscape.

“Every individual who serves in uniform should have access to the benefits they’ve earned,” Shaheen added. “Charlie served on the front lines for our country, but because of her sexual orientation her family has been wrongfully being denied many of the same benefits given to those who stood beside her.”