Home / Arts + Entertainment / Stage / Gender Neutralized: “As You Like It” at Center Stage

Gender Neutralized: “As You Like It” at Center Stage 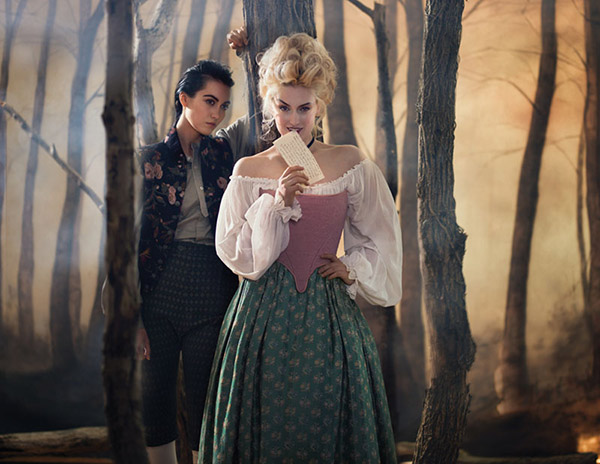 “Sometimes when you’re asked to go back inside something that is this old, there’s this fear that it won’t resonate in any way,” says Wendy Goldberg, discussing Shakespeare’s As You Like It. “You don’t want to be gimmicky about your approach. You want to make sure that it’s true to what the play is trying to do.”

Goldberg’s approach to The Bard’s cross-dressing, escapist romantic comedy, was to stage it with an all-female ensemble. “This 400-year-old play is the most gender-bending play in Shakespeare’s canon,” she says. “It is an invitation to explore gender and identity, and the fluidity of gender.”

In an era of heightened gender and transgender awareness, Center Stage’s production is assured to resonate with modern audiences. It’s an unprecedented move for Goldberg, who couldn’t turn down the opportunity to re-envision a Shakespeare play with a decidedly female perspective. Her all-female approach is the inverse of that from Shakespeare’s day, when all characters, male and female, were played by men and boys. Even today, it’s far more common to see an all-male production of Shakespeare — including this spring’s The Taming of the Shrew at Shakespeare Theatre Company. Goldberg was especially intrigued by putting women in As You Like It‘s lead male roles, Jacques and Duke.

“In a play where it makes sense, it’s pretty extraordinary to put all of these women together and give them the opportunity to play roles that they would probably never have the chance to play,” Goldberg says. “My ultimate goal is that gender becomes neutralized and you just forget who’s doing what and it’s just about these characters.”