By John Riley on February 3, 2017 @JohnAndresRiley 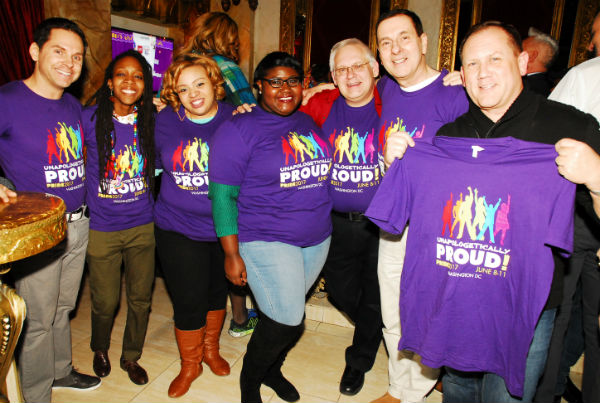 The Capital Pride Alliance announced its theme for Capital Pride 2017: “Unapologetically Proud,” invokes the protests from which Pride celebrations originated.

The announcement was made at Capital Pride’s Pride Reveal party, at SAX Restaurant on Thursday, Feb. 2. While Capital Pride events occur throughout the year, the main celebrations — the Capital Pride Parade and the Capital Pride Festival and Concert — happen on June 10 and 11. Longtime LGBT ally Hilton Hotels is the national presenting sponsor of this year’s festival, with the Washington Hilton serving as host hotel.

Capital Pride is hoping to send a message to participants to stand up for their dignity, just as the LGBTQ movement’s earliest members did when they rioted against police brutality at The Stonewall Inn in New York. The theme also dovetails with the National LGBTQ March on Washington, currently planned for the same day as Sunday’s festival.

“Because the accomplishments for which LGBT Americans have fought so hard and struggled so long may now be in peril, these communities are joining together with one another and with other civil rights communities to proclaim very clearly that the rights that have been won are here to stay,” the group wrote in a press release.

More photos from the Pride Reveal in Metro Weekly’s Scene

“We will never turn back,” said Ryan Bos, the executive director of the Capital Pride Alliance, who had previously hinted that this year’s theme might incorporate the kind of grassroots-fueled activism that powered last month’s Women’s March on Washington, when millions of women in D.C. and in cities throughout the world showed up in force to express displeasure with the current political environment.

“The members of the LGBT community make no apologies for who we are,” Bernie Delia, president of the Board of Directors of Capital Pride, said in a statement. “Our strength is in our diversity and our unified voices. With permission from none and equality for all, we are Unapologetically Proud.”

Browse: Hundreds of photos from the Women’s March on Washington 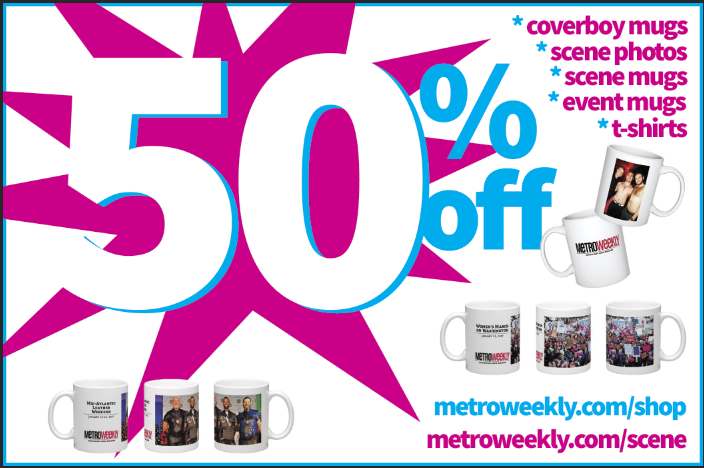