Our picks of the best arts and entertainment in D.C. this week.

The first American film to focus on the AIDS pandemic (preceding both the TV movie An Early Frost and Longtime Companion), Arthur J. Bressan Jr.’s 1985 drama tells the powerful story of a gay man (David Schacter) who volunteers to help an AIDS patient abandoned by his friends and lovers. The rarely-screened film is the December pick for Reel Affirmations Xtra monthly screening series in honor of World AIDS Day. Schachter will take part in a talkback following the screening. Thursday, Dec. 6, starting at 6 p.m. with an Open Bar Happy Hour featuring music by DJ Matt. Rayceen Pendarvis hosts. HRC Equality Center, 1640 Rhode Island Ave. NW. Tickets are $12, or $25 for VIP seating as well as one complimentary cocktail, beer, or wine and popcorn. Call 202-682-2245 or visit thedccenter.org.

A festive evening at the home of a well-heeled British family is suddenly punctured by a visit from a grim inspector investigating the death of a young woman that proceeds to upend their comfortable lives. Acclaimed director Stephen Daldry (Billy Elliot) returns to J.B. Priestley’s chilling drama, which he first helmed in 1992 at London’s National Theatre. Starring Liam Brennan as Inspector Goole and Christine Kavanagh, Jeff Harmer, Lianne Harvey, and Hamish Riddle as the Birlings. To Dec. 23. Lansburgh Theatre, 450 7th St. NW. Call 202-547-1122 or visit shakespearetheatre.org.

Matthew Lombardo’s raucous, raunchy comedy is an unofficial sequel to the Dr. Seuss childhood favorite How The Grinch Stole Christmas. The story revolves around a very grown-up Cindy Lou Who recalling the infamous night she met the mean, green one. Dexter Ramey directs Kimberly Jones Clark in what is billed as a “trailer park Christmas Eve party.” Weekends to Dec. 22. Richmond Triangle Players, 1300 Altamont Ave. Richmond, Va. Tickets are $30 to $35. Call 804-346-8113 or visit rtriangle.org.

The brassy cabaret performer who moonlights as a featured vocalist with Pink Martini, brings her wild “Holiday Ordeal” show, billed as a no-holds-barred evening of humor and music, with songs ranging from “I’ll Be Home for Christmas” to “Sock It To Me, Santa.” Saturday, Dec. 1, at 8 p.m. Amp by Strathmore, 11810 Grand Park Ave. in North Bethesda. Tickets are $35 to $45. Call 301-581-5100 or visit ampbystrathmore.com.

“The 15th Anniversary Christmas Rocks!” takes a spin through rock-oriented renditions of holiday favorites by an 18-piece swing jazz orchestra led by the Grammy-winning Setzer, who founded the ’80s-era rockabilly band Stray Cats. New rockabilly act Lara Hope & the Ark-Tones also appear at this show presented by SiriusXM and The Birchmere at The Anthem. Friday, Nov. 30. Doors at 6:30 p.m. The Anthem, 901 Wharf St. SW. Tickets are $55 to $125. Call 202-888-0020 or visit theanthemdc.com. 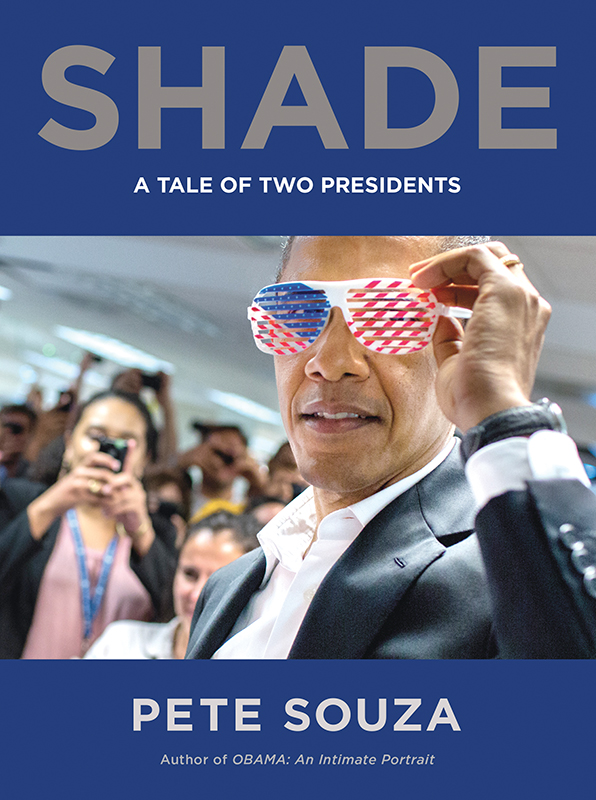 SHADE: A TALE OF TWO PRESIDENTS

Pete Souza’s follow-up to Obama: An Intimate History, Shade includes hundreds of groundbreaking snapshots with incisive captions contrasting the 44th President to the 45th, all from the official Obama White House photographer. The new book is intended to serve as a reminder of shared American values. Souza appears on Monday, Dec. 3, at 6:30 p.m. at Kramerbooks, 1517 Connecticut Ave. NW. Call 202-387-1400 or visit kramers.com.

Now in its fifth year, the light art exhibition presented by the Georgetown Business Improvement District features 10 displays by multidisciplinary artists. Billed as a way to “reimagine the season of light,” the commissioned works, curated by Deirdre Ehlen MacWilliams, offer a high-tech modern contrast with the surroundings of D.C.’s oldest neighborhood — which has been further illuminated by the stringing of white lights on street-facing buildings. The five-week event includes a GLOW All Night evening shopping and dining extravaganza on Dec. 7, a Winter Wonderland during the day on Dec. 8, plus a Christmas Tree Farm every weekend at the Ritz-Carlton Georgetown’s Yard and regular GLOW-inspired walking and food tours led by several local tour companies. In addition, the House of Sweden offers its annual Swedish Christmas Bazaar on Saturday, Dec. 1, from 11 a.m. to 6 p.m. GLOW kicks off Saturday, Dec. 1, and runs every night from 5 to 10 p.m. through Jan. 6. Visit GeorgetownGlowDC.com for more information.

It’s been 30 years since she first came to fame with her hit song “Straight Up,” but Abdul has no plans to go “a b-b-b-bye, b-b-b-b-bye” anytime soon. Instead, she’s doing a hit and run tour across North America celebrating her 30 years in the business. It marks Abdul’s first solo outing in over 25 years — and comes a year after touring with Boyz II Men and New Kids on the Block. Sunday, Dec. 2, at 8 p.m. Theater at MGM National Harbor, 7100 Harborview Ave., Oxon Hill, Md. Tickets are $54 to $90, or $175 for the Straight Up Paula! VIP Package, which offers more than most: one front-row ticket, early entry and access to pre-show soundcheck, backstage meet and greet, Q&A, and selfie with Abdul, tour shirt and poster, photo frame and tote bag. Call 844-346-4664 or visit mgmnationalharbor.com.

It’s been a while since we last heard from Jeffrey Johnson’s spacey and pink-haired singing drag act. The bad news is that Galactica’s return also marks her last before a permanent move to Charleston, South Carolina. The good news, as far as it goes, is that the final show certainly lives up to the concept of going out with a bang. Galactica will essentially perform three shows in one, kicking off with a “greatest hits” set channeling the Happy Hour Variety Show she hosted at the now defunct Black Fox Lounge and featuring the Black Fox-minted trio of keyboardist Aaron Meyers, bassist Ethan Foote, and drummer Winston Johnson, plus a lip sync gem or two. Next up is a slightly truncated version of the original show A Romp Around Uranus, developed for Capital Fringe in 2016 and subsequently performed at New York’s iconic Stonewall Inn, and featuring Galactica, guitarist Peter Fields (aka Captain Satellite) and the Timeship Aurora (voiced by the B-52’s Fred Schneider). All the performers from the first two sets will come together for a finale featuring yet more Galactica standards, as well as some surprise curveballs and Johnson favorites. Sunday, Dec. 9, starting at 5:30 p.m. Pie Shop Bar & Patio, 1339 H St. NE. Pay-What-You-Can donations accepted. Call 202-398-7437 or visit dangerouspiesdc.com.

The winner of RuPaul’s Drag Race All Stars Season One is also billed as the nation’s “#1 Cher impersonator.” The California-based Michaels presents a free Saturday evening concert at the Kennedy Center, performing hits from the icon’s repertoire as part of a double-bill concert that also features the Capital Hearings, an a cappella group performing songs from Reba McEntire’s catalog. (On Sunday, the actual icons — Cher and McEntire, along with Philip Glass, Wayne Shorter and the creators of Hamilton will be feted in the Opera House at the 41st Kennedy Center Honors.) KenCen Millenium Stage, Saturday, Dec. 1, at 6 p.m. Free. Call 202-467-4600 or visit kennedy-center.org. 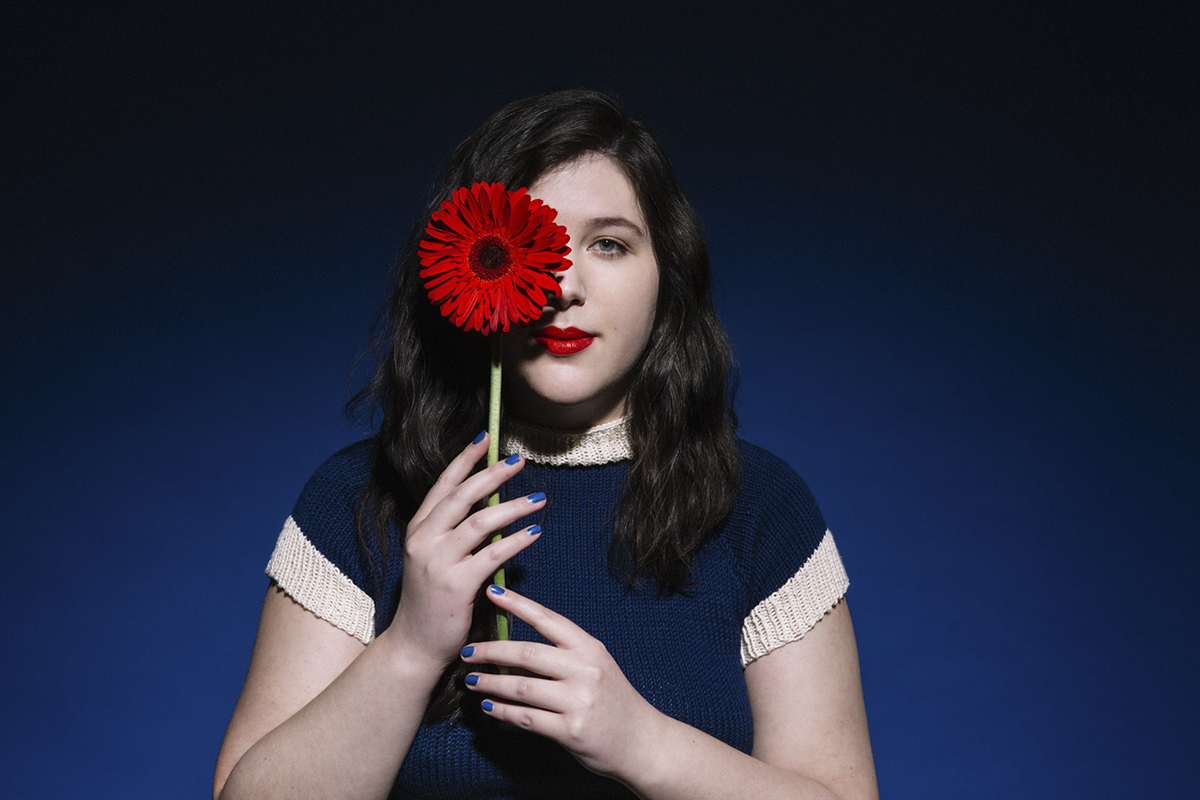